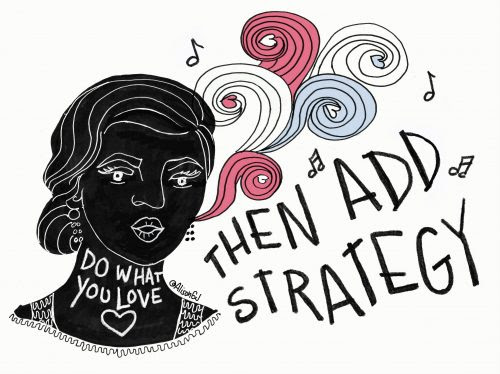 Update (April 17, 2020): A new round of bursaries are available for those who have lost income during Covid-19: Click here to apply

If you are on this page because you’re thinking of enrolling in my U of T  Digital Strategy course I can see you! Seriously. I’m glad you stopped by.

Whenever I take a course — I took Creating Comics and Graphic Novels (2489) last fall — I always Google the instructor. I want to know who they are, what they are accomplishing outside of class, and if they have an original spark before I commit to spending several months with them.

I’ve been teaching Digital Communications Strategy and Social Media since the fall of 2014.

In that time, digital communications has evolved (and devolved) by leaps and bounds. My course has adapted with every twist and turn social media has taken, and it provides up-to-the-minute strategies on how to build and market your blog, vlog or podcast.

As a digital journalist, illustrator, web series host of Willful (now on hiatus) and a Shopify vendor (I put my illustrations on household items and tech accessories), I know a thing or two about combining creativity with an entrepreneurial spirit, and how key digital tools are to showing your work. 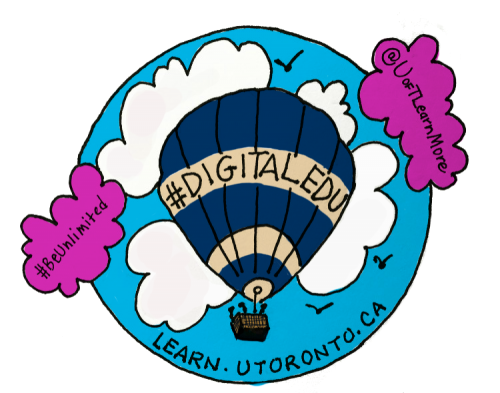 Let me share a couple of success stories so you can see how some of my former students have leveraged the course learnings to start new projects, or to land some really cool gigs in content creation, digital marketing, PR and politics:

• Marcus: Marcus chose to blog about graffitti in Toronto for his class project in Foundations. His amazing story after he finished the Digital Strategy and Communications Managmemt Certificate was featured on U of T’s SCS blog in May 2019: 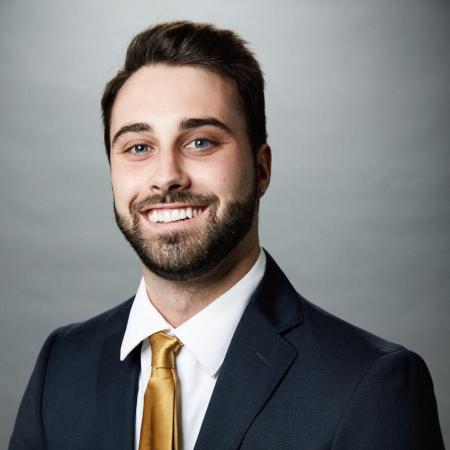 The most important thing this certificate taught me was how to tell and market your story.

Marcus Tignanelli isn’t your typical 24-year-old. As a City Councillor for North Bay, he is dedicated to revitalizing the city he loves. But his path to political leadership was not what you would expect.

Marcus began his career working as a hair stylist. After a few years, he grew interested in business strategy, and noticed a gap in his company’s social media presence. “I went to my boss and told him that I wanted to improve our social media, but I needed more education” says Marcus, who earned his Digital Strategy and Communications Management Certificate at SCS in 2018. “The company liked my enthusiasm, and supported my learning at SCS. I took on managing their social media strategy, and I would apply the skills I learned in class the next morning at work.”

Although Marcus was living in Toronto at the time, he was still very connected to his North Bay roots, and wanted to find ways to help his hometown thrive. “There is a large Indigenous population in North Bay, and I wanted to help youth learn new skills and foster self-confidence” he reflects. “So I started a training program, teaching high school students on the Indigenous Reserve hair dressing skills.” Marcus secured government funding, and launched a one-week fundamentals course, going into schools and teaching his trade pro-bono. The program was a huge success, igniting a training partnership with Mushkegowuk First Nation. It will soon run eight weeks out of the year, helping youth learn hands-on skills.

Meanwhile, Marcus wanted to go a step further in supporting North Bay. “I decided to run for City Councillor. It seemed like a natural step forward for me, because I have always been interested in politics. But everyone laughed. They said I was too young” he recalls. “All the other candidates were producing tons of print marketing materials. That wasn’t feasible for me cost-wise, so I leaned on the skills I learned at SCS.”

Marcus leveraged his new abilities in online campaign strategy and social media marketing. “The most important thing this certificate taught me was how to tell and market your story. My story was about fresh leadership and creating a vibrant and open North Bay. Instead of making promises, I focused my campaign on providing valuable information to voters who felt confused or ostracized by the political process” reflect Marcus. “I started a website and a blog- a skill I learned in class- and began educating voters. I blogged on topics like ‘why politics matter’, and ‘how to make your vote count’. I encouraged a younger demographic to care about the politics of their city, and get out and vote.”

Vote they did. Marcus won the election on October 22, 2018, and was sworn in as City Councillor on December 1.  Although he is busy serving his city, Marcus, who also won a Marilynn Booth Award for demonstrating academic success, personal commitment, and exemplary leadership, now aspires to take French courses at SCS to help him succeed in Canadian politics. “The skills I learned in this certificate helped me win the election” he says. “My advice to others would be that if you want to get ahead, but you don’t know the first step, SCS is that step.”

• Eric: Eric came to class to execute an idea he had for a site dedicated to wilderness adventure. 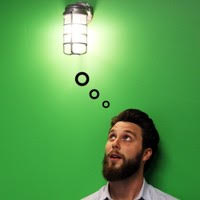 He created, Under the Yoke. It’s not just a podcast and blog, but a brand offering a mix of interviews and tips, and a whole lot of good storytelling around the virtual campfire. 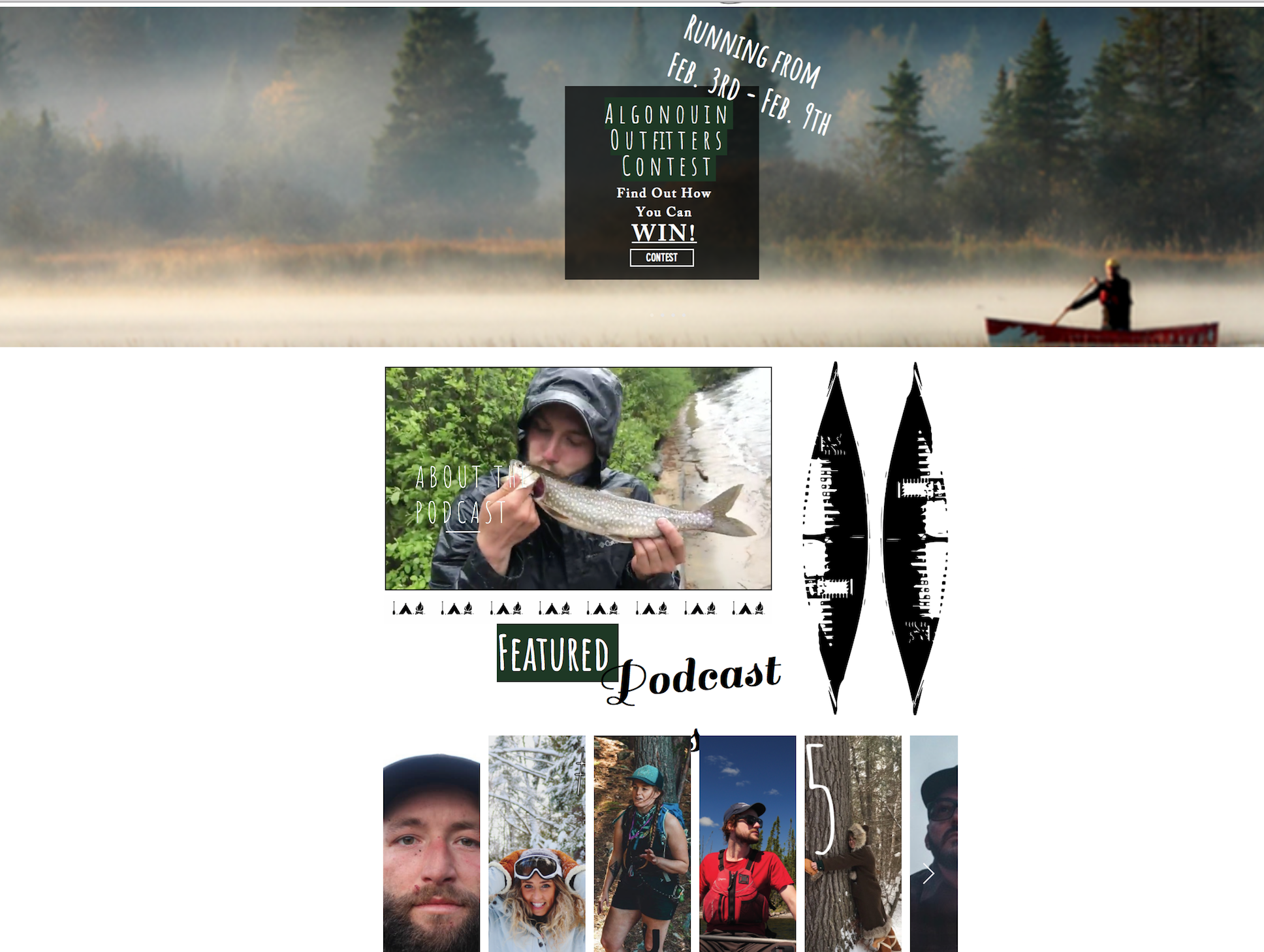 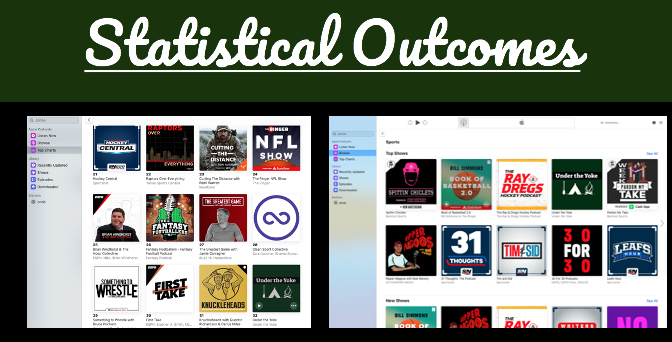 He averaged 800 – 1000 unique downloads a week since the start of 2020 and has tracked downloads in 29 different countries, with about 8 countries making up the bulk of his viewership (Canada, USA, Denmark, UK, Norway, Germany, Belgium, Australia).

I even brought Eric back to class to talk about the nitty gritty of building a brand from the ground up, including creating his different customer profiles, setting his business objective (SMART goal), determining his KPI’s and measuring what worked. 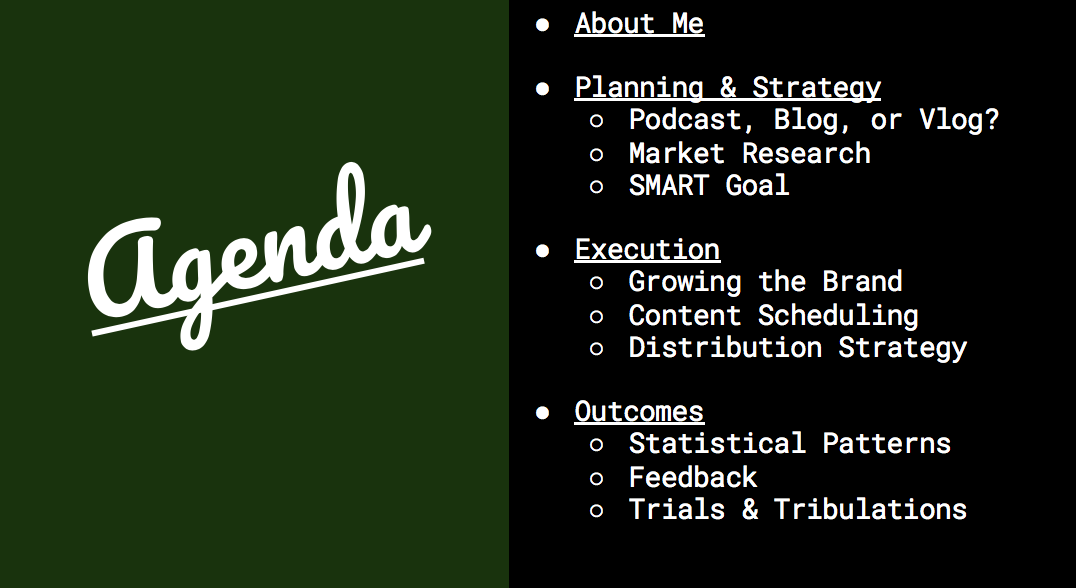 • Andy: Andreanne was already an established beauty blogger at  A Certain Romance  when she signed up for my class three summers ago. Her goal was clear: she wanted to increase her visibility and get her first paid gig as a blogger/influencer. By week 2 of the course, she had crafted a focused SMART goal (take the course and I’ll explain what that means). By week 12, she had organically increased her subscribers by 54% and her pageviews by 140%.  Shortly after the course was over, Andy was offered an unpaid community management internship with a natural beauty company (which she declined). She also interviewed for a paid position as a community manager/content creator for a beauty distributor. She decided it wasn’t a right fit, so she kept looking. In the meantime, an offer to do her first sponsored post came in. This past spring, she hit the jackpot when she was picked to be the new Web and Social Media Editor at Canadian House and Home‘s French Edition, Maison & Demeure. This week, she got her business cards! Fun fact: for Andy’s first assignment, she was tasked with translating into French one of my feature articles from Canadian House & Home, then promoting it on social. The way I see it, we’re all in this together. 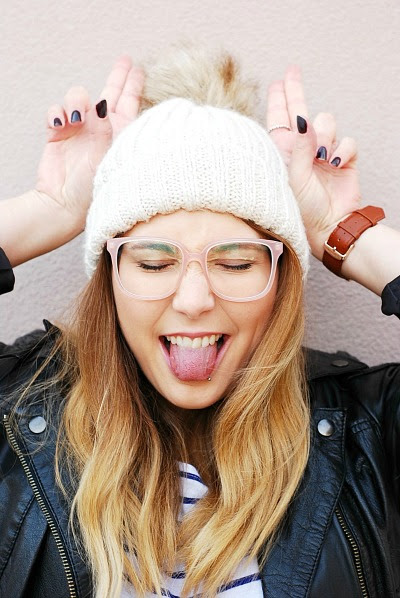 • Kamini: Kamini signed up for my class hoping to gain some new digital skills during her job search. She created a WordPress blog about her cat Hewitt. Do we really need another cat or cupcake blog. Yes, if it’s funny and well-produced. Last spring, when Kamini was preparing for a  job interview with Portable Intelligence, she was  used her blog as her portfolio, and reviewed all 12 class decks so she felt prepared. Things went well and she ended up showed her blog and some of her cat videos during her interview.  Last June Kamini said yes to Portable Intelligence and became their Digital Marketing Specialist. It was her very first job in Canada since moving to Toronto from India. Go Kamini! PS: She has since retired her blog URL. Hewitt has moved on. 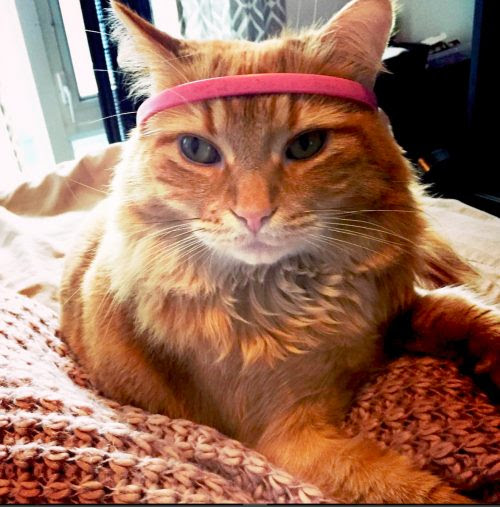 • Julian: Julian was the first student I had who chose to use the course to set up a podcast. The idea of creating a series of  fun and plain-speaking interviews for young gays who were new to big city living had been percolating in his mind for some time. In the fall of 2016, Julian debuted The Sassy Gay. Since then, he has kept a regular posting schedule and the show has become a recognized source of support in the LGBT community. Posts include: The Epidemic of Gay Loneliness and Coming out to your mom. He has also branched out and created a web series called Process where he interviews artists. Julian told me he was inspired by the class to challenge himself in the audio and video storytelling spaces. I’m proud of this guy.

• Shiva: Shiva Kumar Shunmugam took my online class in the Winter of 2016. He was one of the most active and engaged students in this class of 35. So much of what Shiva did and said was rooted in kindness and his strong desire to help other students who were adjusting to the demands of digital communications in their workplaces. When Hurricane Harvey hit metropolitan Houston last August, Shiva, who manages the social media accounts for Beaumont, a town in northern Alberta. This Digital Strategy grad donned his superhero cape to help a family reaching out for help on their social media feeds. Here is a teaser from CTV:

BEAUMONT, Alta. — Shiva Kumar Shunmugam was wrapping up a lazy summer afternoon tending to social media feeds for the Alberta town of Beaumont when a strange request came into the fire hall’s Facebook page.

Beaumont, Alta., a town of about 18,000 just south of Edmonton, doesn’t have a Terrell neighbourhood and the area hadn’t seen a drop of rain in almost a week.

Shunmugam quickly realized he was dealing with someone in Beaumont, Texas, a community not far from Houston, that has a Terrell Avenue and was hit by Hurricane Harvey.

A woman near Dallas was seeking a rescue for her daughter’s family of four who had floodwater rushing into their Beaumont home.

In her frantic search for help, the mother mistakenly happened upon the page for the fire department in Beaumont, Alta., 3,800 kilometres away.

Shunmugam swung into action. Here he is: 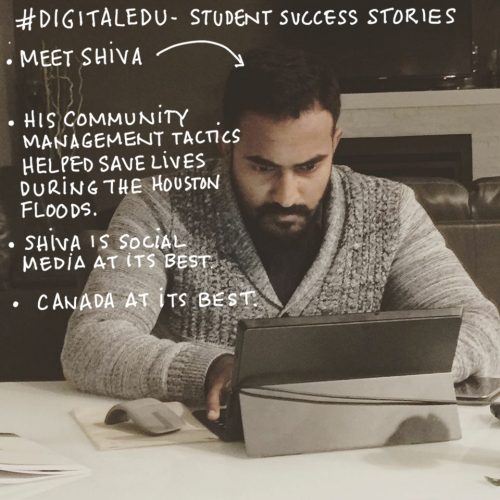 You can read the full story of Shiva’s life saving community management tactics here. Suffice it to say, I’m proud to know this guy.

Since I started teaching, I have witnessed many success stories. One more pops to mind. A lot of people who come to my class are fleeing dying industries.  David was a copy editor at The Hamilton Spectator who felt confident enough with the new digital smarts he acquired in class to seek a job as a Communications Associate at the MaRS Centre for Impact Investing. “It was only a matter of time before the paper let me go,” he said. Like so many, David abandoned print media in favour of a communications job with more growth potential and stability.

Join me this term if you want to learn how to adapt to the new digital economy, or apply a strategic mindset to an idea you have for a written blog, web series or podcast. To learn more, check out this webpage from the University of Toronto’s School of Continuing Studies.

I hope to see you soon,