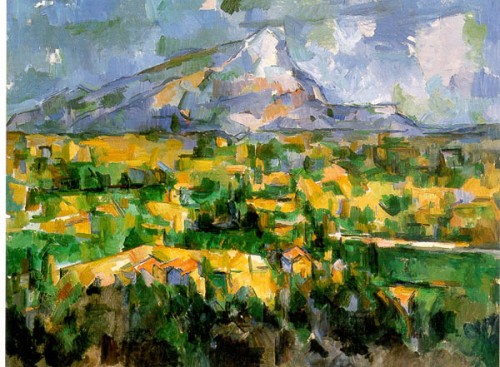 Cézanne was a Google doodle yesterday. That’s because he turned 172.

I was glad to see he made it into this digital pantheon.

Usually the kids at Google HQ reserve the space around their name for astronauts and civil rights leaders — you know, more splashy role models. I wouldn’t even say Cézanne is that well known outside the art world. He wasn’t an Impressionist, even though he was French and lived through that period. His brushstrokes and palette took him in a different direction which landed him on fewer umbrellas and tote bags. But I like the guy, despite my better judgement. And I love his art.

Cézanne was a grumbler, a mumbler and a first-class curmudgeon, the sort of guy who’d fling open his shutters and scream at distant barking dogs when they interrupted his thought process (not what you’d expect of a resident of Provence, now that bourgeois mecca for cooking show enthusiasts and coffee table book collectors). In short, he was the Boo Radley of Aix. Neighbourhood boys would hide behind bushes waiting for Cézanne to leave his apartment so they could pelt stones at him as he ambled along the crunchy gravel paths leading to the summit of his beloved Mont Sainte-Victoire (pictured above). He’d scream and wave his cane at them. Even his coachman got an earful: “You what? You raised the price of the carriage to Château Noir to three francs return? You’re fired!”

Not surprisingly, his wife Hortense lived elsewhere. But it was better that way. She was an inveterate gambler and spent more time in casinos than art galleries. One bad match turned Cézanne off all other future prospects. It also made him replace the female model he needed for his art with marble sculptures. He did stay in close contact with his son, though, but only through letters.

Today Cézanne’s shoe prints are cast in metal along a number of roads and paths he regularly took. I followed them like a dance chart the last time I was in Aix. He would have hated being hounded like this. But hundreds of thousands of people do it every year.

Here’s Cézanne taking a chair out into his garden so he can paint. Watch out for stone missiles, old man! 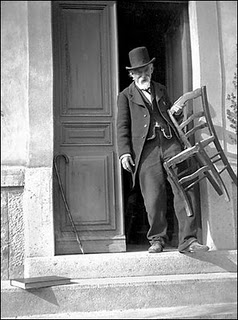 To his detriment, I suppose, Cézanne never hid the fact that life overwhelmed and confused him. That’s why his art and biography resist the rosy, romantic haze that’s settled over Monet and Renoir, and why many people, including me, appreciate how persistent he was in trying to resolve his confusion through art.

That confusion made him ill-mannered and probably paranoid  — in short, not the sort of guy you’d invite to parties (Toulouse Lautrec knew how to whoop it up, while Manet was courtly to his core and great dinner party guest). Not Cézanne. Here’s what I mean, “All my compatriots are hogs compared to me,” he wrote in a letter to his son. “I can never get away from the meanness of people, be it theft, complacency, infatuation or violation, the seizing of my work. And yet nature is beautiful.” But even that beauty caused him pain. “I’m so slow at realizing my ideas and that makes me very sad,” he said.

One day, while painting only a few hundred yards from his studio the clouds turned black and boiling and a thunderstorm cracked the sky in two. But Cézanne kept painting through the lashing rain. “I cannot attain the intensity unfolding before my senses.” He continued his research indefatigably because painting was his consolation against life. A few hours later a laundry cart picked him up and two men placed him on his bed. If Cézanne were a novel, William Styron would have written it and Alan J. Pakula would have directed the movie.

Cézanne turned to painting like prayer (since God didn’t have his ear). It was a daily ritual, part of his search for answers, and a way of giving thanks for the abundance of beauty around him. To give order to the barrage of sensations fighting for attention in his chatty mind he developed a painting stroke that organized colour into something that looks like a lineup of mosaic tiles. Renoir’s strokes were fluffy, Seurat’s dotty, but Cézanne’s strokes clicked together like puzzle pieces, or piano keys. There’s a beat to the order of his brushstrokes that holds you in front of his paintings before you realize you better move on, other people need to look. To me it feels like tribal music. The strokes take control of the rhythm of my heart. Everything Cézanne saw and painted got that treatment, from the mountain all the way down to an apple. 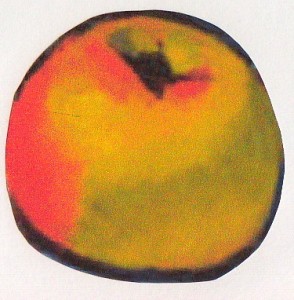 And it was with an apple that Cézanne took Paris and the world. And now Google.

Bauer has only been with Google six weeks. But, as Rebecca Jarvis of CBS This Morning noted, this opportunity is typical of Google where good work trumps hierarchy.

And this is what she said about it on her blog:

“Today we celebrate the life and work of anthropologist/archaeologist Mary Leakey. In this Doodle, I wanted to highlight Leakey’s work in the most charming way possible. I began by focusing on her discovery of the fossilized Proconsul skull, but ultimately decided to depict a scene of her excavation of the Laetoli footprints. As a fun touch, I included her pet dalmatians, whom are often included in old photographs of Leakey.”

As markets tumble and future nest eggs go “splat!” many of you are probably turning to your favourite crutches. For some, it’s beer and the boys. For others, it’s the sound of a golf ball bouncing at the bottom of the cup. For me, it’s good writing about places I love.

I lived in Paris back in the early-nineties. 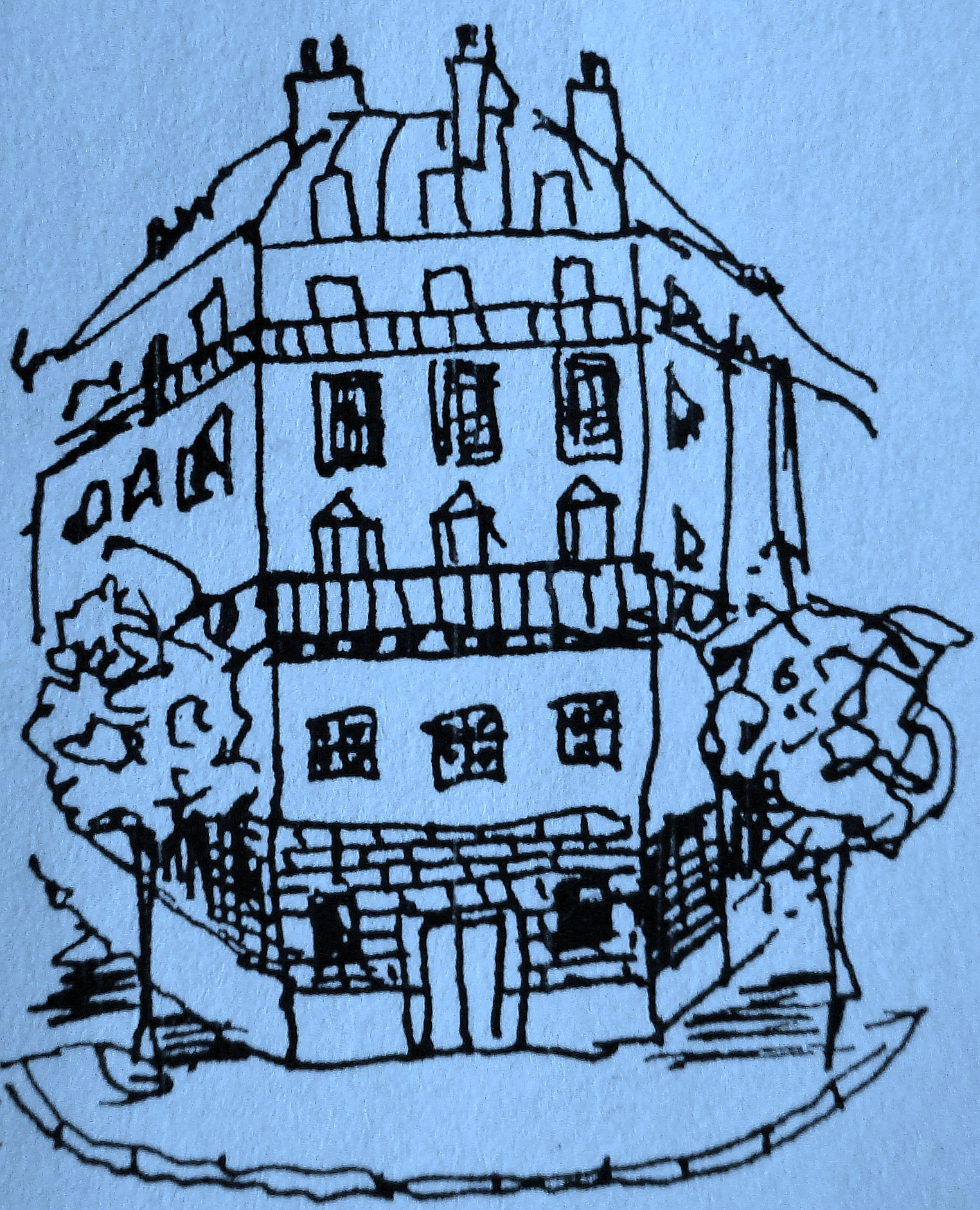 I was a grad student, at the time, and had a fellowship to do research on Paul Cézanne at the Musée d’Orsay. While I plugged away on my own stuff, I also worked on a Cézanne exhibition that would have a splashy opening in Paris before travelling to London’s Tate Gallery, then over to the Philadelphia Museum of Art. 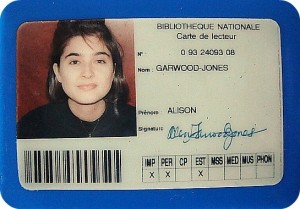 Every day the curators would send me off to various libraries and archives with a shopping list of facts they needed confirmed about Cézanne’s life: his apartment numbers across the city, who he lived with and where he bought his painting supplies — that sort of thing. I dealt with a lot of bird-like women working behind library counters and became friendly with the French-speaking Italian vendor who sold me a ham sandwich and fluffed coffee every day in the café around the corner from the Biblioteque Nationale. Like the gang at Cheers calling out “Norm!” he would shout out “Alta!” (Italian for “tall”) every time I came into his store.

Sometimes I still can’t believe I lived in Paris. I had no permanent home back then and threw myself at opportunities without ever making pros and cons lists. My instincts about my interests were that certain. 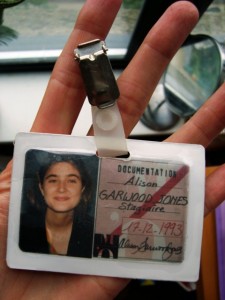 So as markets roil and my stomach drops, I wanted to share some current observations about Paris collected by my friends, Stephen Strauss, a fellow journalist, and his wife Betty White, a painter. They are spending the summer in Paris and sending back detailed missives about their adventures.

Here’s a letter Stephen sent last week. I love it.

What don’t you expect to see in Paris

American Plains Indians in tribal gear dancing their tribal dances along the newly white sanded banks of the Seine while tourists in tour boats wave to them.

Graffiti on a Paris wall saying: “Sorry to write on your wall.”

The absolute favourite drink of cool Parisians being a diet coke called Coke Zero – the favourite no matter what vintage.

Scads of young, beautiful, wealthy Parisians taking out packs of Camels, Marlboroughs, Lucky Strike and other American cigarettes with Fumer Tue/Smoking Kills written in large letters on their backs and still smoking because it is cooler to be cool than to avoid cancer.

Anything, except for French wine, sold as cheaply as it is in Canada.

A young French couple asking an old Canadian couple for advice on what makes a marriage last after having known one another other for 10 minutes and being told that a similar sense of humour is more important than sex in the long run. And watching the French couple listening extremely, extremely intently to that bit of unromantic advice.

Cars and buses and trucks streaming clouds of this season’s latest pollution.

The best Iraqi food in the world.

A fully furnished apartment which somehow still lacks a can opener.

Being much more afraid of bicycle riders than car drivers when it comes to pedestrian safety.

The fate of a French woman who wrote a treatise during the French Revolution arguing that men and women should have equal rights. She was guillotined.

A favourite thing to throw into fountains now that the euro has become such an expensive coin. Individual playing cards.

A six-pack of Snickers.

Someone taking foie gras home in a doggy bag.