While I was waiting to hear from some of my editors yesterday, I made soup and messed around on the internet.

Later that afternoon, I  went to the library and pulled a book off the shelf that looked interesting only to discover a painting of me inside its pages (I haven’t sat for anybody). Turning to a random book for inspiration only to find that you were someone else’s inspiration is an oddly circular experience.

The book, More Things Like This (2009) is an anthology about the intersection of art, writing and humour. 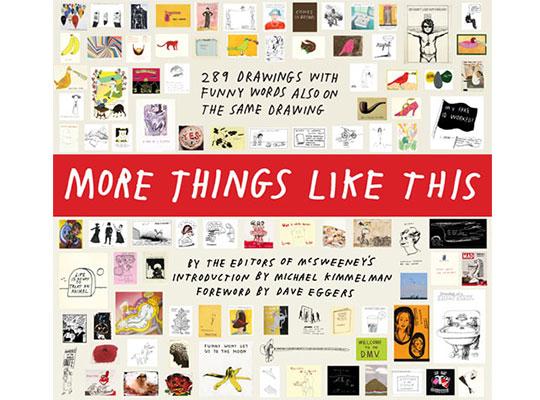 It was edited by Dave Eggers and is one of the McSweeney’s anthologies published by Chronicle Books out of San Francisco. It contains a marvelous culturally contexualized introductory essay by New York Times theatre critic Michael Kimmelman and contributions from Art Spiegelman, Andy Warhol, Shel Silverstein, Kurt Vonnegut, Leanne Shapton, and more. Yes, folks, I’m milking this big time ’cause making it into the pages McSweeney’s (even as a silent sitter) is like getting the thumbs up from The New Yorker, only I never thought I would be in McSweeney’s this way.

Is it just me or is this me? 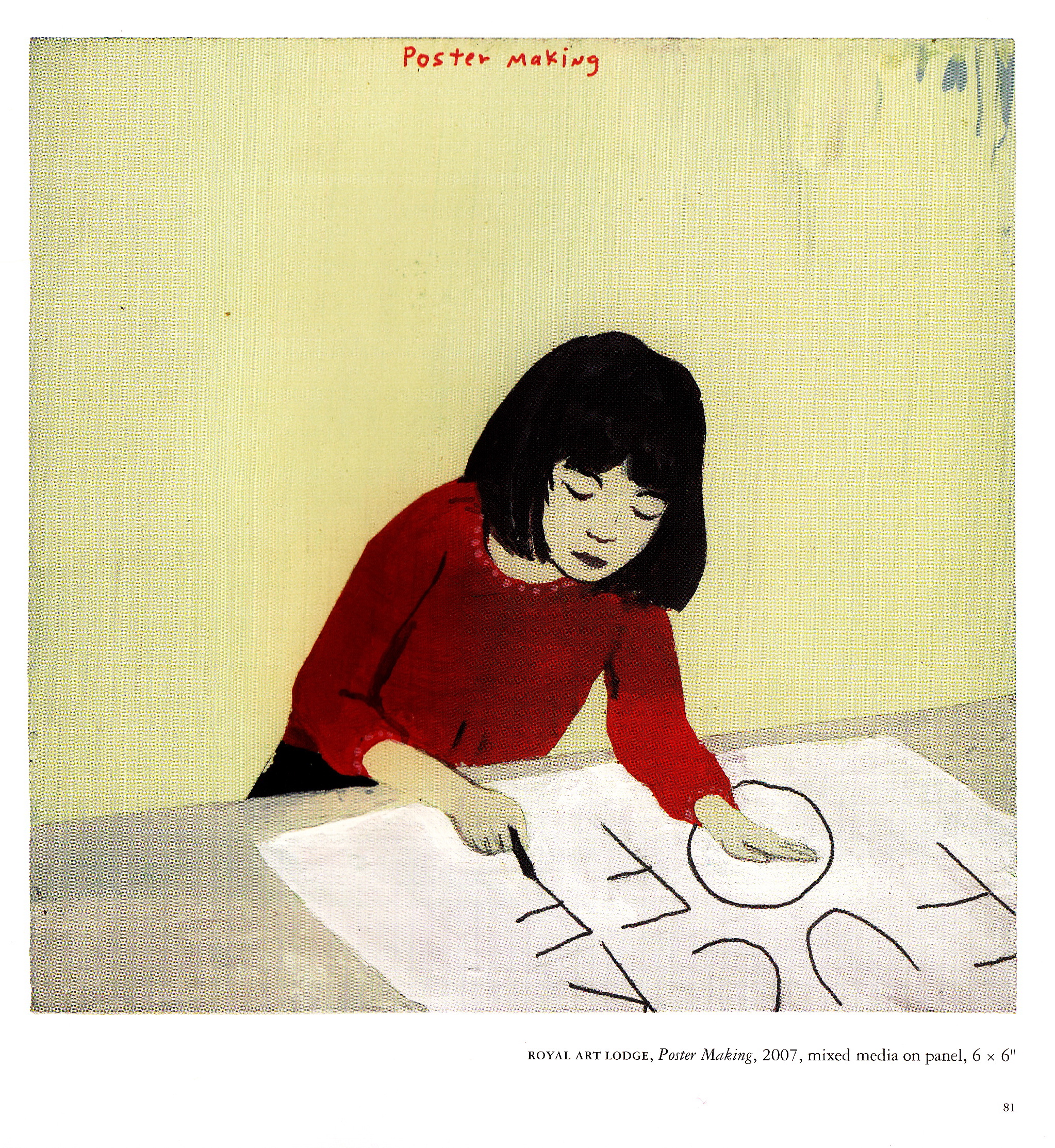 I’ll let you be the judge. The painting, called ” Poster Maker,” is by The Royal Art Lodge, a hip and now defunct art collective out of Winnipeg and one of the contributors to the anthology.

Now turning to the snapshot below: this is me, age 6, drawing a giant milkshake. I was playing at my dad’s office while he talked to important people on the phone. 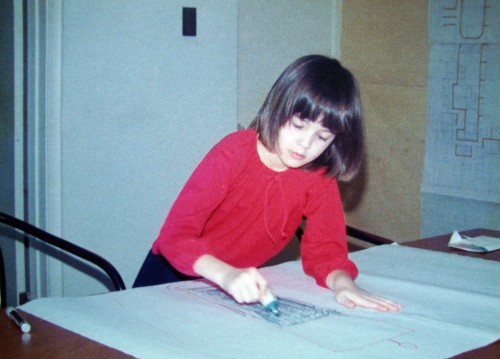 Unlike the painting above, there was nothing subversive about my message, except, maybe, for the delivery. I remember those stubby markers made a deafening squeak every time I coloured in the solid areas. I coloured my arm off for the same reason I attached cardboard squares with clothespins to my bicycle spokes — so I could sound badass even if I couldn’t be badass (how could I? I had  handlebar streamers and a  basket on my bike).

p.s. If the painting is me, I think one of the guys in the Lodge saw it in an issue of Elle Canada several years ago. When an editor in chief doesn’t feel like writing a monthly message, they ask the other editors on staff to find a kid pic and we throw them on the page to delight and amuse the readers.

Update: if you want to find out what happened, here’s the whole story.

12 responses to “McSweeney’s found me”