Why I didn’t work it

I don’t normally take requests on my blog. But a good friend of mine who has been watching me play at this piano for the last six years, and who has more than once thrown encouragement in my tip cup, says he wants me to write about beauty. My beauty.

“I keep talking about beauty and its effects on the world with people, most of whom aren’t beautiful,” he said to me in an email back in 2009.

“These people find the interaction of too much beauty and too many brains of great interest.”

For context sake, this friend is a fellow writer, 25 years my senior, and male. 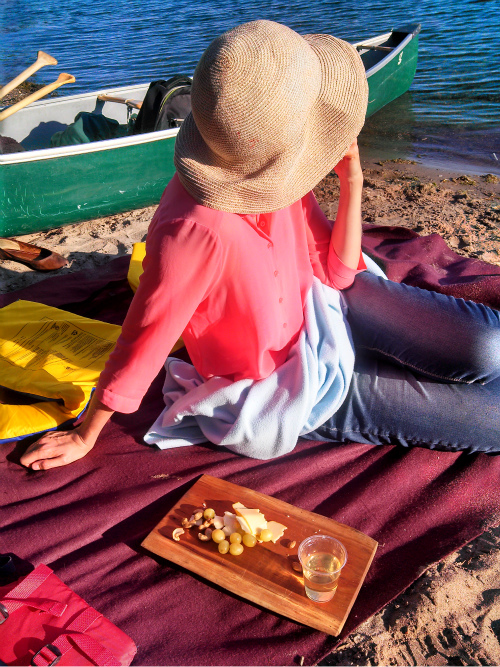 “As you know, Alison, I keep wondering how you deal/have dealt with the issue of being a beautiful woman. That is, did you ever wake up in the morning thinking, ‘Geez, I wish I wasn’t so pretty so that guys could more easily relate to me as a human being and not a creature in an objectified dream.’  A constant theme in Hollywood movies — for example, Pretty Woman — is a guy learning to see beyond a woman’s beauty. What I can’t tell is if this mental reconfiguration really happens, particularly in the work world?”

I read my friend’s emails with interest, but didn’t follow up on my blog because I wasn’t sure what to say.

Then my friend had the actual experience of not being able to concentrate on a woman’s ideas because her beauty got in the way. He immediately fired off another email:

“Alison, I was just at a conference. The sessions were on how public health has dealt with swine flu and one of the speakers was this incredibly beautiful, slim, sexy, Bollywoody woman. What she presented was data and facts and lots of technical things, but you couldn’t hear them very clearly because what you saw was beauty and its transcendently loud voice. I wondered if she found her attractiveness actually got in the way of her professional life? If she sometimes wished she were somewhat less pretty so people could hear her science and not her allure? This might be a good freelance piece for you. Could get you a name if you were interested.”

And early last month, after I wrote about my experiences in grad school, this note landed in my inbox. Same friend. Same subject:

“Alison, I would love to read about your sense of how physical beauty has shaped your life. I say that because one of the other things I have always been struck with is how you didn’t use beauty as a kind of common currency in your life. It was there. It undoubtedly helped you get certain jobs – Elle, for instance – but you didn’t market yourself as a beautiful person. And you could have.”

Here’s the thing, since my teens — when the air started swirling around me and model scouts in malls started handing me their business cards — I knew I wanted to be a creator, not a creation. Big difference. It’s the difference between being and actually doing.

I’m one of millions of women around the world who want to change the whole “Men Do/Women Just Are” paradigm. This paradigm still persists in the male imagination, but not the home where women do way too much, while also holding down day jobs. Luckily, I have lived my whole life on the side of the world where such a goal — to be a creator, not a creation — is slightly more possible.

Even as a 16 year old girl, I was acutely aware of the fact that my intelligence would outlast my brown hair, so cultivating something that could grow and last seemed like a pretty worthy mission to me.

I started spending all my spare time in libraries, poring through biographies (my road maps), atlases, art books and sitting on the floor next to rows and rows of National Geographics. When I wasn’t in libraries, I was hanging out in watch stores testing out my favourite fountain pens. I know my high school friends remember that girl. I walked around carrying a cripplingly heavy book bag over one shoulder and a black art portfolio, stuffed with my pencil sketches and watercolours, in the opposite hand. Living inside my head was such an amazing place to be! I deliberately ignored boys to gain footing in that world. Luckily, my height (6’1″) held most of them at bay. My plan was working. I had breathing room and time. While they got on with the business of growing up, I got on with the business of exploring the world as if I had no restrictions on me and, really, I didn’t because I ignored restrictions.

Had I been born 20 years earlier, the pressure to lead an entirely different life would have derailed me. My acute awareness of this arbitrary stroke of luck only made me more determined to hunker down and push back against expectations.

Through my twenties, even my thirties, I continued my private campaign to live from the inside out. That was no small feat when catcalls and genuine compliments were coming at me like a spray of bullets. All of them, whether deliberate or not, were attempts to bring my concsiousness back to my outsides. My goal continued to be self-development. It still is. I didn’t get an agent for my looks. What on earth for?

Then came the warnings: as I was approaching “the peak of my beauty” (not my term), I was told I better act soon. I was 27. What did that mean? Did they want me to mount some kind of variety show with a dance number for the guys? I suspected they wanted me to give in and let them drink me up in advance of that so-called “Best Before” date stamped on women the world over. During this time, one guy even said to me, “What a waste,” when he found out I wasn’t modelling or married. This was yet another social force I found completely unacceptable.

It’s funny, but I’m only just piecing this together in my forties. The extent to which I deflected sexist and negative comments was huge. My life has been proof that to be the person you want to be, you have to “ignore everybody.” That’s how cartoonist Hugh MacLeod described it in his book by the same name. I lived in a headspace where sexism didn’t exist because I didn’t accept it. I moved right through it and past it. I’m guessing the way I looked helped me get away with that kind of defiance without having to raise a placard or my voice. At the same time, though, I had enough good sense and humility that I didn’t act entitled, just hyper focused. And grateful.

I’m sure I created plenty of confusion in my wake. The most confused and annoyed guys threw the word “frigid” at me. I said nothing because enlightening them felt as pointless as enlightening the anti-vaxxers. I kept going. For the record, I wasn’t frigid — scared maybe, disenchanted by guys who would say that, most definitely. Overall, I was stubborn, as stubborn as a salmon swimming upstream.

This is where I cue up Nick Hornby, author of About a Boy, High Fidelity and, most recently, Funny Girl. My respect for Hornby went through the roof last week when I heard him tell Daniel Richler on the CBC Radio program Q that he found the journeys of young women far more moving than young men’s:

“I think a lot of male characters, the reasons they’re not allowed to do the things that they want to do is because of what’s going on in their own heads. Let’s face it, if you’re male there isn’t an awful lot stopping you. Whereas young women, in previous times, had all kinds of obstacles placed in their way. And to overcome those obstacles shows, of necessity, courage and heart and intelligence and drive. And those are pretty interesting qualities to write about.”

Acceptance of women’s courage, heart, intelligence and drive, whether these women are considered physically beautiful or not, is still a work in progress. It will only be normalized by doing. I continue to say, be twice as good, be kind and ignore everybody. And make sure your story is really good, especially to you.

2 responses to “Why I didn’t work it”