Failures, I’ve had a few 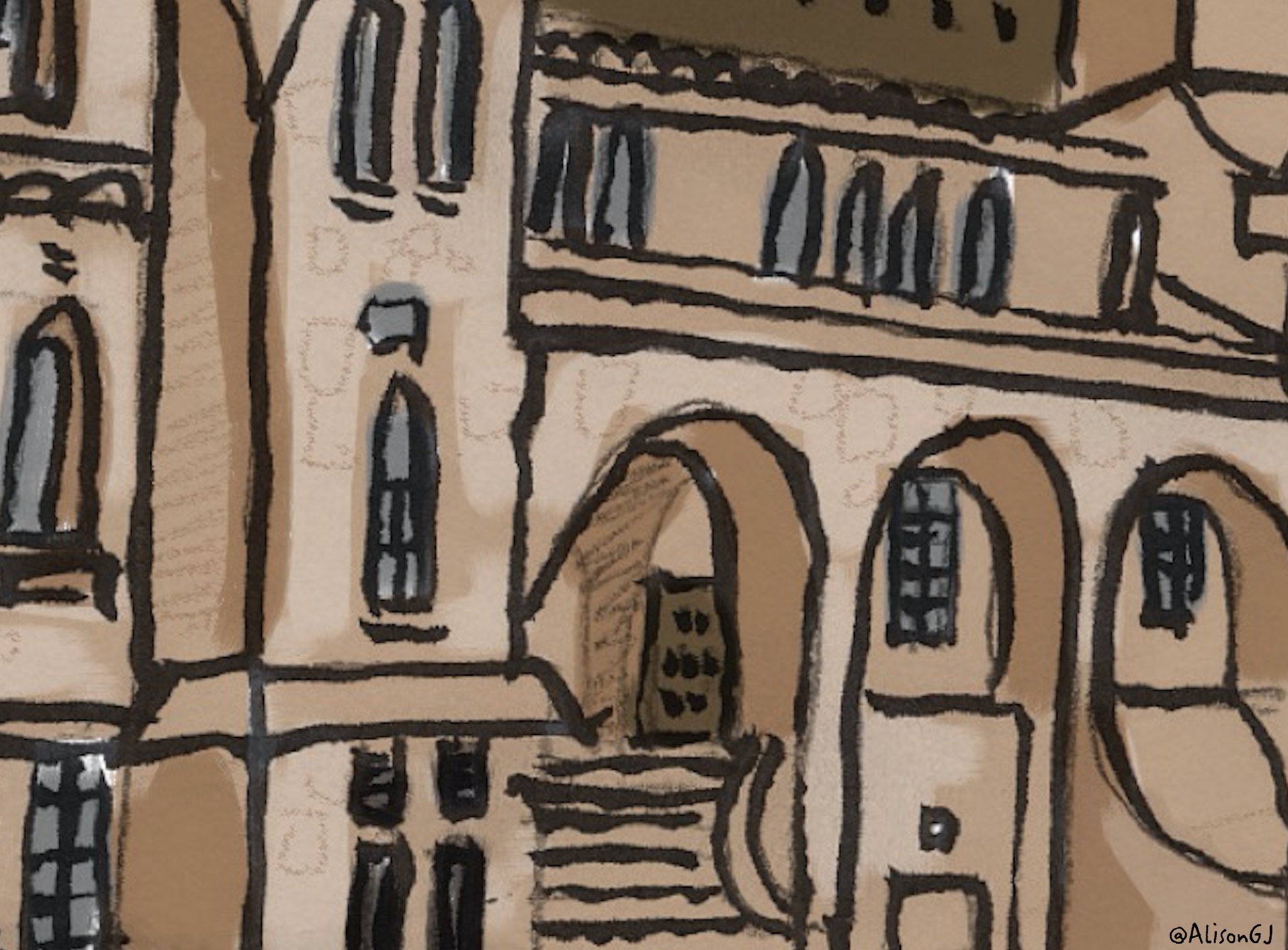 When I met Stewart,* he was standing outside the coffee shop I’d suggested with his hands pushed deep inside his pant pockets.

“Yup,” he said, and we gave each other an awkward hug.

“Yeah.” He grimaced and I wondered if he was mad about waiting in the cold outside a locked coffee shop.

“There’s a Starbucks up on Dundas,” I said, pointing north. He nodded and we walked against the wind.

“Does Detroit get this cold?” I asked, realizing that was a pretty loaded question.

“Sometimes,” he said, staring down at his moving feet. Twenty years had passed and the lines on  his face were more pronounced. They didn’t look like trails cut by laughter. Also, his eyes sat deep in their sockets, but they always had. I noticed that my hair was threaded with a lot more greys than his.

Stewart and I were grad school classmates. We were never intellectual compadres or even friends, just associates who had simultaneously put down money so we could study in the same building for two years. Two decades had passed since we got our degrees (M.A.s in art history). He went his way, I went mine and here we were assessing the results.

Before Christmas, out of the blue, Stewart had emailed me to express his surprise over how I had turned out. That’s when he asked me out for coffee. It was a nice note: “I heard your name on the Canadaland podcast, so couldn’t resist looking you up. Let me just say … Wow! Your work (your blog) is so much more rich and compelling than most art history careers.”

He gave me his synopsis. After our M.A.s, Stewart had gone off to Yale to do a Ph.D, then a post-doc at Harvard. For the next dozen or so years he had zigzagged through the U.S. assuming a string of senior curatorial positions: five years at the Kimbell in Fort Worth, six at the National Gallery in Washington and another five at the Detroit Institute of the Arts — that is, until an operating budget came down and eliminated his position altogether.

That was four years ago, just before the city declared bankruptcy. Stewart is still out of work. “There are no historian jobs in town any more,” he said. But he won’t move; he wants to be near his kids.

To make ends meet, Stewart has been teaching, building a website on sustainable living, testing his chops at blogging and cobbling together a patchwork of disparate editing opportunities. I nodded while he talked because that was my life too. The economy had leveled us all. As we approached Starbucks, I could tell he was still floored that two Ivy League degrees hadn’t shielded him from the worst. I didn’t tell him about another Harvard alum I knew who was living above a bikini shop on Queen West and giving workshops on confident body language.

Back in grad school, Stewart and I only crossed paths in one class, a museology course we took with two other students. As a group, we were put in charge of curating an exhibition at the university art center. I ended up being in charge of writing the wall panels. After I submitted them, word got back to me that my work sounded plagiarized. It probably was. I couldn’t tell. I was too tied up in knots trying to figure out how to sound like an art historian — you know, long-winded, abstruse, patronizing, full of art speak and Voice of God intonations, none of which suited me. (My natural writing voice took years to unearth). 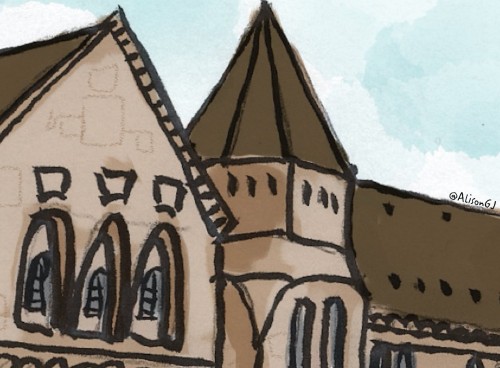 I’m guessing this is what Stewart remembered about me because as soon as we walked into Starbucks and assumed our place in line, he announced (to everyone in line), “You weren’t a very talented art historian. I mean, you were sweet and a lovely person and all, but  …” I turned away not because I was hurt, but because I was now first in line and had to put in my coffee order.

I admit, my record of achievement was erratic and contradictory. I soared and swan-dived from A’s to C’s (again, C’s in anything that pressured me to be abstruse). And, despite the Governor General’s medal on my bookshelf, I still managed to fail my final thesis, a 200-page romp on Cézanne’s drawings.

I should say, none of that effort was plagiarized. In fact, I whittled and polished and researched the heck out of my topic just to find an undiscovered patch that I could present in a fresh way.

As I wrote and surrounded myself with xeroxed copies of Cézanne drawings, I delighted in providing a lively social and cultural context for my reader whom I imagined as book lovers with day jobs outside of academia. For the first time in my life, I was envisioning scenes and setting them. Art history had become cinematic. I described Cézanne’s creative inspiration and his determined pursuit to give the world an order he knew it didn’t have, and how grumpy that made him. I was proud of the result. So was my supervisor, who is my friend to this day. 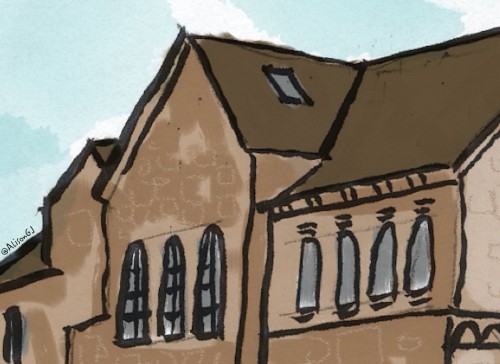 Later, I found out I had received a failing grade from the Head of the Department, in part, because he thought my chapters read “too much like a series of magazine articles,” and not like a Master’s thesis. Stewart asked me why I hadn’t written more about this epic failure on my blog. I thought I had, but here it is again.

You’d think this particular episode would have been a penny-drop moment for me. It wasn’t. Reacting appropriately to those ding, ding, ding moments in life can take years. I soldiered on and rewrote the goddam thesis to meet the expectations of the Department Head. “It’s just an exercise,” he kept telling me. Well, it wasn’t for me. I envisioned and delivered so much more than that.

Before I had submitted my thesis the first time, I had won a fellowship to do research at the Musée d’Orsay in Paris. This allowed me to delve deeper into my subject and add the kind of insights I knew I’d only get standing in front of the art. The same Department Head who failed me reacted to the news of my museum fellowship, saying, “Getting this won’t get you into a better Ph.D program.” It was bizarre. I wasn’t even thinking about that. Jockeying and departmental politics were the last thing on my mind. I was living in the moment, thinking, “Oh my God, I get to see all of this art in person, accrue some genuine insights, walk in Cézanne’s footsteps and sip French coffee on someone else’s dime!”

Stewart knew none of this. His eyes were practically falling out of his head as I talked. He never guessed I had failed. Back then, I didn’t think I had to tell him. I figured departmental gossip would fill him in in no time. “Failing must have felt like a death,” he said with the kind of horror saved for German Requiem Masses.

There was something else Stewart didn’t know. I found out I had failed my thesis the very same weekend after I had returned from a trip to Cambridge, Mass. Following  Paris, I’d been shortlisted for a fellowship to Harvard and had spent the weekend in the States in interviews.  “I didn’t know that!” Stewart said. “What happened next?”

“Well, I didn’t go. I had to rewrite my thesis.” That took another year, much of it spent pounding my head on my desk. Politics is such a bitch.

Thesis aside, I wouldn’t have gone to Harvard. During the interview, when William Robinson, the curator of drawings at the Fogg, asked me why I wanted this fellowship, I replied, 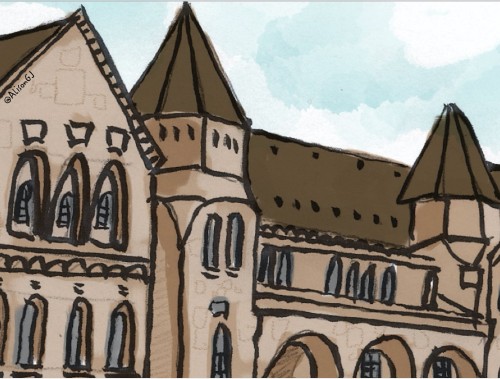 After I had said that, Robinson and his colleague, Miriam Stewart, looked at each other, shuffled their papers together and pushed their seats away from the table before holding out their hands to wish me a fond farewell. I left the Fogg and I walked through the storied campus on my way back to my B&B, letting out this half-confident/half-crazed laugh a couple of times. I knew what I had just done and it felt right. And I knew it was right because I felt good.

I let out the same laugh as I was walking home after my coffee with Stewart on New Year’s Day, and going over his seriously lacklustre opinion of me as an art historian. It was so different to the high praise he was now showering on me. In his last email to me, Stewart had this to say:

“Alison, what you’re doing — or, more accurately, who you’re being — is a hell of a lot more vital and compelling than anything that either of us were up when we were beavering away on our art historical careers. By risking something personal, by getting in the habit of putting your true self out there as if it matters, by being, in whatever ways, the artist as distinct from the mere commentator on art or life you are engaging in the Nietzschean project of becoming what you are. By making room for that self in a way that is not just high quality (good thinking, writing, design) but also coherent, honest, vulnerable, self-critical and compassionate, you make room for the rest of us, and inspire us to realize our own selves.”

Sooner or later my failures had to bear fruit. I had no idea it would take this long. I want to thank Stewart for not holding back on any of his impressions of me.

4 responses to “Failures, I’ve had a few”