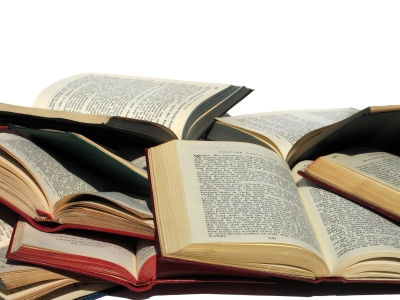 There’s a reason why Shakespeare feels completely fresh the further we move away from his time, and why the spine is cracked on almost every page of a book by Alice Munro and Philip Roth, at least in my collection. I don’t see that sort of wear and tear on the covers of my Erich Segals or John Grishams, but I still like to read them for the empty calories they dish up. I pass those books on or leave them on airplanes, but I hold on to Alice and Philip —perhaps a little too tightly.

Munro and Roth both grab me with their honest take on human nature. Their pointed descriptions of characters’ motivations and actions prickle my skin to the point where I’ve often wondered, did someone install video surveillance in my apartment, then e-mail the files to these authors? Is there a hanging folder with my name on it in their drawers?

Despite this imagined attention, I don’t treat these writers very well in return. I defile their pages with an elaborate system of marks, which might explain why I can’t count a book dealer amongst my circle of friends. In my defense: I spare first editions of the classics by not even hunting for them since I know I’ll devalue any book that ends up meaning something to me (that sounds slightly disturbing when I read it back to myself). Dots in the margins highlight the passages of magical thinking I wish I’d come up with. These dots range from a soft grey to a hard black pressed with such force it creates a dip or a pimple that goes on for several pages depending on which direction you move through the book. Pages with corners folded down indicate ideas I know I’ll refer to again: top corner down for insightful observations about human dynamics, bottom corner up for the sections that reflect my life and choices back at me with an uncanny accuracy. I don’t like other people looking at my copies of The Moons of Jupiter or The Dying Animal for this very reason.

My compulsion to get involved with what I’m reading makes Munro and Roth exhausting authors. Whoever said reading was a sedentary exercise must have been dozing with a book across their face by a less accomplished observer of human nature. With Munro and Roth, I often have to put their books down to deal with the rush of energy their ideas generate. Recognition makes me jump to my feet, walk into other rooms for no good reason, or run to the bathroom mirror to examine my face. At some point, I come back for more universal truths from the people in the fictional kitchens, studies and bedrooms they describe. I have a friend who says he regularly stops to do push-ups when he’s reading Roth. That’s probably why a lot of people take the easy route and read Grisham instead. He entertains, but he never rattles your teacups (or tones your biceps)

Of course, Shakespeare’s grasp on human nature is legendary, but I’m not even going to pretend to have mastered his wordplay when Munro and Roth are so straightforward. Kenneth Branaugh’s screen adaptations of the Bard’s stories were a huge help to me. They always inspired me to go back to the text, especially to the characters Emma Thomson articulated with such sparkling naturalism. But now that “Ken and Em” are over I guess I’ll only ever understand Much Ado About Nothing and Henry V. Their chemistry in these two flicks was spellbinding! By contrast, I find Stratford productions of Shakespeare too exaggerated and formal, the actors’ posture and voices are too ramrod straight. I don’t come away feeling like I understand people any better. I just feel tense.

“Society Pages” is my attempt to understand people better. Clearly I’m fascinated by insightful fiction, but I’m also drawn to the growing field of evolutionary psychology (in particular, Steven Pinker’s work on human nature) and TV shows, like Mad Men, that showcase our innate tendencies before legislation stepped in to correct them (or bury them).

I’m convinced that part of the reason we stampede to Mad Men is because the bottom-pinching sexism it depicts is alive and well today. Laws since 1960 may have evolved to include women, but in private (and in bars) human nature has this way of bypassing progress. That’s why when Betty Draper (January Jones) says, in between sharp exhales of her cigarette, “As far as I’m concerned, as long as men look at me that way, I’m earning my keep,” we still know exactly what she means. The same goes for the quip Roger Sterling (John Slattery) makes moments after hearing Sterling Cooper has lost the Dr. Scholl’s account. “With every closed door there’s an open dress,” he says through a scotch-fueled wince. Does his reaction feel any less true because it’s 2010 and not 1960?

Notions about women as objects still share the stage with more recently updated truths that acknowledge the full range of their strengths as individuals. Beauty is one of those strengths, but it also happens to be the one that gets most attention and abuse from both sexes. The laws that protect a woman’s humanity will always struggle to keep pace with our less enlightened assumptions about them. That’s because we’ll never totally get rid of those assumptions. The same goes for racism. Despite all we know about human potential and all the energy we’ve put into erasing discrimination, it exists because posturing and status seeking at the expense of others is, you guessed it, a persistent part of human nature. The inequities we’ve written into religion don’t help matters.

But, hey, there’s good news too! I believe just as strongly that human nature can be wildly generous, optimistic and empathetic. And I’ll be writing about that in this blog, and backing it up with more than just my own hunches but the latest research from the experts.

I know how I feel, and now I want to know how YOU feel. So post a comment and let’s see where these topics take us.

5 responses to “Fiction and human nature”