Is the internet making you sick? 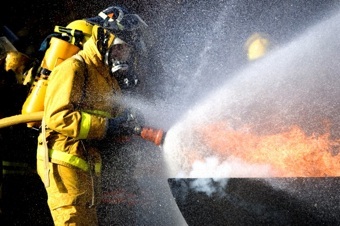 An article published earlier this month in the New Scientist is claiming that a high-information diet is bad for your health. “No one ever tells you how dangerous this stuff can be,” says the author, “they just go on pumping it out, hour after hour, day after day [and we’re all] consuming it without a clue about the possible consequences.” Whoever said that surfing the net is like drinking from a fire hose nailed this moment in time.

This is only my second blog post and I see no reason to avoid telling you that the internet is making me sick. It’s giving me the vapours — and I mean that in the Victorian sense of feeling overwhelmed and dizzy as opposed to the steamier definition laid out in the Urban Dictionary. I never remember feeling this tired during the heyday of newspapers and magazines, even with skyscrapers of unread magazines piling up around me (which I’m slowly replacing with apps).

But eye strain, headaches, rounded shoulders and feeling burnt out weren’t the focus of the New Scientist piece. That’s the article I wished they had published. Instead, the author talked about the dangers and releasing too much information too soon, and, specifically, how we rushed to publish the genome in 2005. By putting this information online, some people are worried that we’re making it easier to recreate pandemics, like the 1918 influenza that killed my Uncle Albert before his second birthday. These same people say that pacing the release of sensitive information will protect our health.

I like the idea of pacing and not because I’m afraid of bio-terrorism, but because I need structure. I need back a life that includes the internet (my life circa 2001), not one that IS the internet. I call that protecting my mental health.

I’m addicted to information. But my behavioral ticks, like constantly hitting the refresh button on my email, are probably your behavioral ticks too. I haven’t reached the point where I’m taking my iPhone into the washroom, I’m too busy in there reading back issues of Toronto Life. But now researchers are saying that the compulsion to check our inbox and read everything you can get your hands on is evolutionary. As the author in the New Scientist piece explains it, new information has always brought us evolutionary advantages; it led to inventions like the spiked club, the longbow, gun powder and the printing press, to name a few. Our flying fingers and darting eyes are just human nature’s way of trying to get an edge of the competition (and out-clubbing them)

Still, the printing press never cranked out sentences this fast. And that’s what makes this technological revolution different, and so much more tiring. Now more than ever, says Nick Bostrom, director of the Future of Humanity Institute at Oxford University, we need “to develop a more reflective and qualified view about the value of knowledge.”

I guess that starts one blog and one website at a time.

4 responses to “Is the internet making you sick?”