Is this how we think of ourselves? 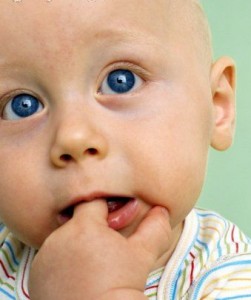 You laugh, but there was a time when we used to stare at a bouncing newborn baby and the first thing that came to mind was: You’re a depraved sinner. Better luck to you in the next life.

For 1500 years this view of human nature dominated because The Church defined our consciousness. And who were we to argue? says author Jeremy Rifkin in his latest page-turning tome, The Empathic Civilization.

By the eighteenth century, the philosophers of the Enlightenment (the majority of them economists) proposed a new take on human nature for the Western world. Now when we looked at that baby, we thought: You’re a rational, detached and autonomous creature, a blank slate waiting to be filled. These same secular thinkers predicted that the first word to be inscribed on that slate would be “Land.” Why? Because eventually every baby would grow up and want some, along with a drawstring sac full of coins.

For much of the eighteenth century, then, capitalism defined our consciousness and was responsible for our view of human nature. And who were we to argue? continues Rifkin.

By the 19th century, post-Enlightenment thinkers, like Jeremy Bentham, were getting a little more touchy-feely. Picking up that same baby, Bentham cooed, You’re a materialist. Just watch,  you’re going to do everything in your power to avoid pain and maximize your pleasure. So when that baby cried, how he must have fumed before pushing the wretched creature off on a woman.

When the Austrian neurologist, Sigmund Freud, took over crib-side and inspected that baby through his round spectacles, he stroked his beard and took the pleasure principle one step further. Among other things, he proclaimed that breast feeding was an act driven not by hunger but the infant’s insatiable erotic desire to suck on its mother’s breast. In the twentieth century, the libido defined our consciousness and gave rise to a therapeutic approach to human nature that would have made a Medieval serf and a Victorian noblewoman scratch their heads. Mass advertising was quick to pick up on our sexiest take on human nature yet.

Today when we look at that newborn baby, do you want to know what we think about him (after we stop marveling over how tiny his fingers are)?

As Rifkin says, the work of evolutionary biologists combined with the effect of technology is challenging every single one of our old assumptions about human nature. It’s changing the way we relate to each other and, ultimately, the way we live out our lives.

2 responses to “Is this how we think of ourselves?”