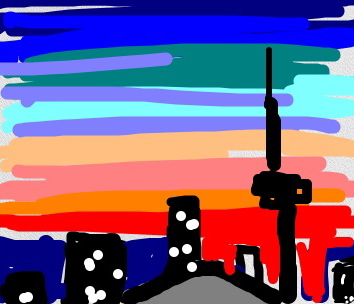 You can never tell by looking at a person why they feel the need to run in the dark at 6:00 am, but pretending to know their story is like a parlour game to me. That guy was told by his doctor he has diabetes and exercise will lower his blood sugar. Her divorce just came through and she’s working through her disillusion. That gal’s obviously anorexic and will probably shut her office door at noon and do 100 sit-ups for lunch.

Walking is my cure for life’s hard knocks, for those times when human nature flashes its twisted or stubborn side at me. Moving helps thin out the sludge of doubt and occasional sadness streaming through my body. When I learned, for example, that it takes more energy to stand still than it does to move — a scientific fact that obviously whistled right over my bowl cut back in grade six — I had my explanation for why I feel more tired when I don’t haul ass than when I do.

Like most people, I suffer from questions (big life questions) that come in sickly waves on bad days and quirky pokes on good ones. There’s no order to these questions, no narrative arc or tidy focus, just a spray of tea leaves in need of a good translator. I attend to these questions on my walks. But when moving doesn’t generate any clarity, I still come back to my apartment ready to face the day with a genuine lightness of being that lasts until about 3:00 pm, by which time every endorphin in my body has been reabsorbed and putting a smile in my voice requires a Golden Globe-winning performance.

Here comes one of the morning regulars. He’s got his dog’s leash looped around his wrist and both hands shoved deep inside his pants pockets. As usual, his eyes are cast down and blinkered by his upturned lapels — not like a prepster, more like a twilight misanthrope. 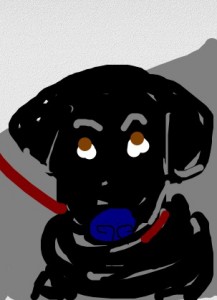 As we pass by oneanother on the sidewalk, his dog interrupts a sniffing session, as intense as an addict hoovering up a line of powder, and looks up. I smile my first smile of the day … at a Labrador. I’m pretty sure the exchange registers in his brain because when I look back, the dog turns and does the same before his owner gives the leash a sharp yank sending the pooch’s ears flying across his head.

The Running Room types are already on their fifth kilometer by the time they zoom past me. The mini water bottles ringing their waists are nearly drained at this point, like the half-fired cartridge belts worn by squadrons of Desert Storm troopers. I like to think I’m achieving the same health benefits in twice the time and a quarter of the equipment budget. The troopers, of course, have a corner office with a view waiting for them and overseas markets to check, so speed is crucial. By contrast, across the park, gathered under a large maple tree, a group of Asian senior citizens sway in unison to a Tai Chi routine. When they’re not doing Tai Chi, they’re doing laps around a gravel path circling the park. They’re just as committed as the storm troopers, but more Zen in their methods of keeping body and soul together.

Watching these seniors, I think I’ve pinpointed a cultural difference. In all my years of walking, I’ve rarely, if ever, noticed blue-haired old ladies from Rosedale marching up grassy hills towards the rising sun with as much focus as the Mrs. Lees of the world. The same goes for the sassy and opinionated black women I know, ladies in their seventies with tropical names like Hyacinth. The Baby Boomers, no doubt, will change this. But, for now, the Rosedale dowagers and the Hyacinths of the world are in their kitchens at this hour, plugging in the kettle or frying up dumplings for their snoring husbands.

In parks across Toronto, though, you can always cross paths with ancient, bow-legged Asian women wearing over-sized sun visors (even before the sun has peaked) and arch-dropping dollar store sneakers (“Made in China,” of course). I’ve watched the most intrepid of these ladies break free from the gravel paths in the park and scale the surrounding toboggan hills BACKWARDS in those cheap shoes. Maybe they’re widows, and when the leave the park they’ll go home to watch over their grandkids? Or, maybe they plan to walk down the street to the family store, where they’ll stack pears into perfect pyramids for the remainder of the day?

I read once that during Mao’s Cultural Revolution, China’s entire population would rise before dawn, turn on identical battery-operated transistor radios, and do group calisthenics to a distant M*A*S*H-like announcer calling out the commands, “Three more, two more …” Imagine a billion people simultaneously bending over to touch their toes or jumping up and hitting the ground at the same time. How that didn’t loosen tectonic plates and set off a tsunami across Japan and Indonesia, I don’t know. Maybe it did?

Back in Toronto, a few of the old women in the cheap running shoes are donning surgical masks. Are they still worried about SARS? Or have they shifted their fears to H1N1? 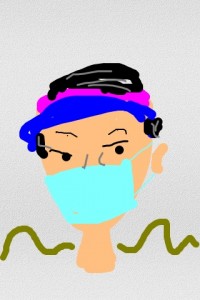 Maybe their memories of all those belching smoke stacks in the Far East have them playing it safe. After all, trade winds have carried choking coal dust from Chongqing, China’s “Smog City,” with its 30 million masked inhabitants, all the way to North America in as little as two days.

I wonder what David Suzuki, Al Gore and Barack Obama must think of this as I tackle the hill myself. How impotent Obama must have felt when he walked (some say stormed) in uninvited into that closed-door meeting between China and India at the Copenhagen Conference on climate change last December. His charm was powerless to their carbon emissions. But what do you do when two rising superpowers feel entitled to their own industrial revolution?  After all, we had ours by burning every fossil fuel imaginable.

I suppose it was only a matter of time before our hope and Obama’s spectacular potential came face to face with the stubborn and entitled side of human nature.

I turn around and head home. I’ve got much smaller challenges waiting for me at my desk.