In conversation with Bruce Mau 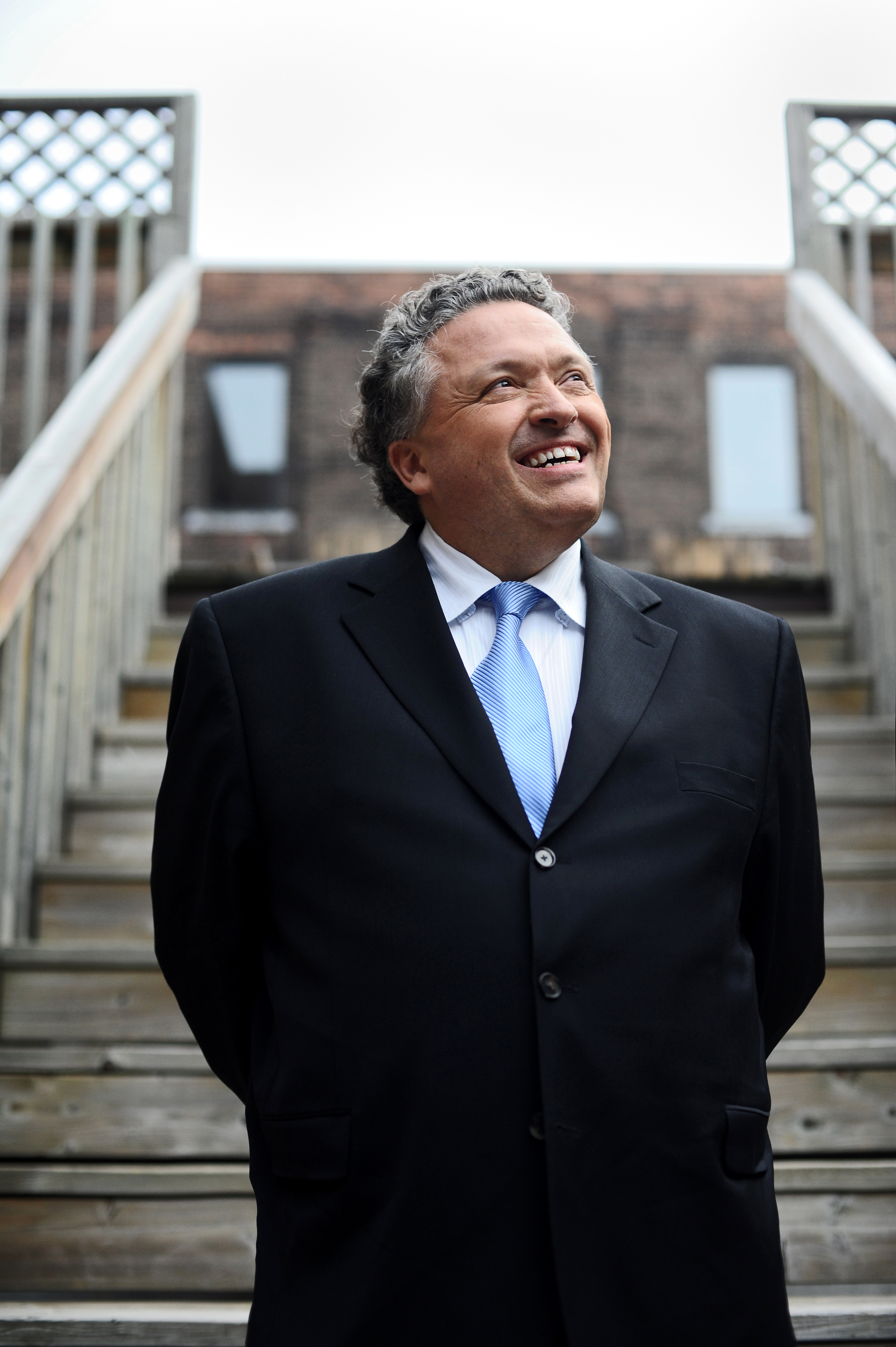 I was feeling defeated the day I spoke to Bruce Mau, the Sudbury-born, world-renowned designer/thought leader. I called Mau at his Chicago studio back in January to talk about the environmental movement and to hear his ideas about design in a world without oil. We chatted a few days before he arrived in Toronto to speak at a conference on this topic at the Interior Design Show (I covered the conference for This Magazine).

That day, my belief in human potential was on the downswing, and Mau sensed it.  Blame Copenhagen. This was a few weeks after the missed opportunities at the Climate Summit where, according to Rick Mercer, Canada’s Jon Stewart, our prime minister hid in his hotel room the whole time, living on club sandwiches.

When I picked up the phone and dialed Mau’s number I was thinking that our use of fossil fuels was as widespread as a giant banyan tree whose roots had circled the planet to point of strangulation (OK, I have a fertile and metaphorical imagination). An earlier conversation with economist Anita McGahan, speaking from her office at the Rotman School of Management at the University of Toronto, was a sober reminder of the extent of our dependence (my dependence) on petrochemicals.

“Look around in the room you’re sitting in,” said Prof. McGahan, who teaches a course on “The End of Oil.” “Your carpets, the paint on your walls, the fire extinguisher in your kitchen, the water bottle on your desk — all are derived from oil. So are the fillings in your teeth, your eyeglasses, your clothes, your computer, your iPhone and anything in the room made of plastic…” Her list didn’t end there. “Our very infrastructure is petroleum-dependent, including our telecommunications, our water sewage systems and our agricultural industry, since petroleum-based fertilizers are juicing the agricultural productivity of the world.”

What McGahan said was fascinating. Still, I came away from our conversation feeling like separating my garbage was as impactful as throwing a deck chair off the Queen Mary.

Even if human nature weren’t so resistant to change, how could it when we’re this coated in plastic?

Enter Bruce Mau. I’m glad he exists. He has to be the most worldly (forgive me, Mr. Mau) “motivational speaker” on the planet.  Not to mention the most playful, quoting mots justes from sources as varied as Frank Gehry to Dr. Seuss. Talking to Mau, I felt challenged, perplexed and exhilarated, like I’d just experienced an IMAX screening of the earth shot up close then viewed from space astride a comet. Simply put, Mau has this ability to galvanize your belief in the possibility of change.

Spoiler alert: In this interview, Mau didn’t give me a definitive answer to our environmental woes, so don’t go searching for it. His example inspires us all to innovate our way towards new ways of living.

Q: Are we ready for the cost and sacrifice of a sustainable economy?

Bruce Mau: Actually, that’s the wrong way to start this conversation [laughs]. Journalists are always framing it that way. So long as we articulate sustainability negatively, people will think, “Hey, I’m not up for that.” This is not about cost and sacrifice, it’s about investment and opportunity.

You’re such an optimist!

Well, these are exciting times! We’re living in an intensive period of invention right now, akin to 1900 when the idea of pairing a motor and a wheel was new and exciting. There’s a real flourishing of the entrepreneurial spirit happening and it’s akin to the excitement a century ago when we were embracing a lot of new technology.

But then optimism turned to concern.

Yeah, at the end of the twentieth century we realized we have a whole new set of problems because of the way we defined the car. We need to redesign it [the car, and a lot of other things]. I like to frame it this way: the problems we have right now are problems of success, not failure. The car is not a problem because it failed, it’s a problem because it succeeded.

But we all need to go about our day. No one wants to be lectured about changing their habits.

Right, telling someone to get out of their car and only take public transportation won’t work. But seducing them with good design just might. We need to embarrass the old [oil guzzling] way of doing things by out-designing it with sustainable alternatives.

Do we have low design expectations for sustainable objects?

Absolutely! One area where we’ve failed in the environmental movement is in understanding how important aesthetics is to success. I don’t believe that a sustainable future will be uglier than an unsustainable one. I don’t believe that we can succeed in sustainability without making it more beautiful than the stupid way. But, again, a big problem we face in the environmental movement is that we’ve articulated our challenges negatively. What we really should be saying is: we’re going to use design to make the coolest new car that’s sustainable and more beautiful than any car you’ve ever seen. The Tesla is an electric car that blows away the Ferrari in terms of design, speed and performance, and it’s practically silent to operate. That’s how we’re going to win!

So what’s holding us back, then? Is it price?

Nothing. Tesla has a waiting list a mile long. General Motors didn’t get the memo. Having said that, I think people view our progress as way too slow. To some degree, that’s true. New plastics are being developed that don’t come from oil and it seems like it’s taking so long to implement them. But in the grand scheme of history, these changes are happening incredibly fast. The leap from books to cars to iPhones came about in a blink of an eye. We know we can do things, but it takes time to transform industrial structures.

OK, so where do we go from here?

It’s critical that we recognize and support the power we have as individuals. When you think about the tools we have at our disposal, it’s amazing. For centuries, kings and queens didn’t have access to the mobility and communications we all have now. My father was a miner in Sudbury. Had I been born fifty years earlier, I wouldn’t be contributing what I’m capable of. Today we’re connecting with one another across cultures, languages, religions and national boundaries. Social media and the internet are playing a big part in distributing power. Wrap your head around this: we’re doubling our capacity to move information every twelve months. That means we’re doubling the double. It’s not like we’re adding two times, we’re multiplying two times. That means we’re doubling our capacity to change the world. Over a twenty year period, we’ll increase our capacity a million-fold.

Philanthropy has been changing to reflect, as you say, the power of the individual. I’m thinking of cell phone distribution programs in the developing world and one laptop per child.

Exactly. One of the roles of philanthropy is to support this tool distribution. It’s no longer about gifts falling from the sky, it’s about helping people understand and experience their own power and building a capacity internal to the culture. Building a culture of capacity is, to a large extent, psychological. So much of it is understanding, I have the tools to do this. I have the freedom.

Do you think emerging superpowers, like India, understand the importance of “building a capacity internal to the culture” better than Canada or the US?

I went to a Red Hat Conference, recently. It was an open source software conference. The head of the India Institute of Technology took my aside and said, “You guys have no idea what open source means. For you, open source means changing your service provider.” For him, it means putting tools in the hands of 500 million kids for free. We’re living in a revolution and we’re not conscious of it because it’s so integrated. My studio is working with a lot of companies that are being transformed by these possibilities. Every day, media companies wake up and there’s a new competitor. We’re working with companies where their entire history is 10 years and the average tenure of an employee is five months. I wouldn’t be surprised if something is being developed in a dorm room right now that will be worth 2 billion dollars by the end of next year.