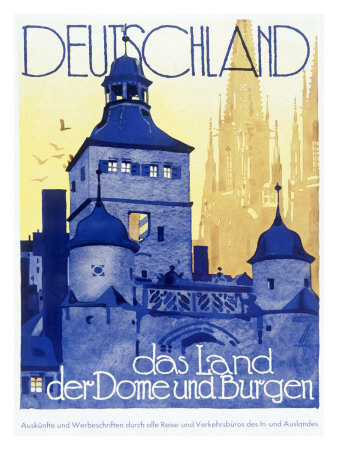 The history of Europe unfolds like a novel along the rivers. The landmarks along German and Austrian highways aren’t so breathtaking. McDonalds and The Home Depot share the same architects whether you’re in Toronto, Bonn or Salzburg. Also, you don’t have to leave home to see a Mercedes zoom past.

So avoid the roads, if you can, and hop on a boat to experience Central Europe. For over 1000 years, that’s how royalty, the military and merchants carrying fabrics, salt, wine and wheat crossed the continent. 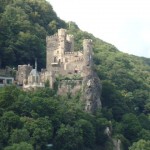 It’s where you’ll see the best castles and fortifications and the prettiest churches, most of them untouched by Allied air raids. 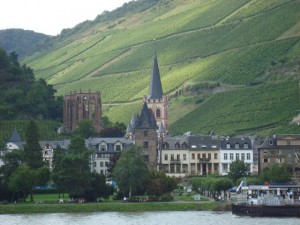 Churches were the skyscrapers of the Middle Ages and spectacular signposts for captains. Most of the bell towers have clocks with gold hands set against a blue background sprinkled with gold suns, stars and moons — all of them visible from the water and from any winding back alley in town.

There are also smatterings of cottages along the river, houses that look like they were plucked from train sets and pressed into the embankments. They’re all wooden or white stucco with decorative window shutters and geranium boxes overflowing with flowers. Bricks are a rarity here. Some of these homes and their vegetable gardens have been passed down through the generations since the 1600s. And because industry on the rivers is restricted, their view across the river of terraced vineyards, waving cornfields and thick forest is also centuries old. Wind and church bells are the only sounds for miles. 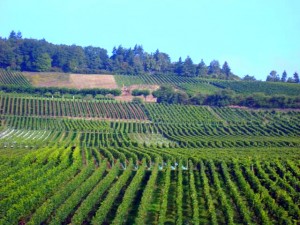 Getting down the rivers has not always been so easy. Along some fifty-mile stretches of the Danube, between Vienna and Passau, boats rise up and down in about a dozen locks. But two centuries ago when Emperor Franz Joseph and his bride Sisi, rulers of the Austro-Hungarian Empire, sailed the river (which is tea brown, not blue), there were no locks. You squeezed your rosary beads through the drops and the rapids. It’s one of the reasons why captains hired entire crews that couldn’t swim. That way, the sailors wouldn’t abandon ship at the critical moments. So imagine, then, a fleet of royal barges going down the Danube carrying stacks of china, trunks of clothes laced with gold threads and a floating stable with 200 whinnying horses, all because the Empress couldn’t decide what to wear or which horse to ride at her destination! Horses can swim, but dishes can’t so the bottom of the Danube is littered with bits and pieces of the past. 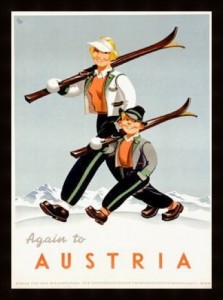 Sailing against the current without a motor was tough too. Crews tied long ropes to teams of horses on either side of the river and they pulled the ship upstream. Today, those horse paths are used by runners. And in Austria and Germany, there are a lot of disciplined fitness buffs, descendants of those alpine skiers and hikers popularized in silk-screened travel posters of the 1930s.