It’s Sunday and we all want to read lovely things on this day of rest, so here you go:

The JD Salinger I Knew

The two greatest American writers of my time are Ernest Hemingway and JD Salinger. Both have crossed from the 20th century into the 21st with their originality, substance and staying power intact. As a reporter and a friend – privileged to dabble in their area – it has been thrilling for me to watch, at first hand, the unique genius in both writers revealed more and more sharply over the years.

Both writers had a sense of humour all their own – surprising, inimitable, in conversation, in letters, as well as in their work. Salinger could keep me on the phone for hours, laughing into exhaustion, covering everything and everybody around us. He loved to read and he loved to write. Hemingway would say he loved the writing part, “but not what came afterwards”. What came afterwards for him was years of inexplicable censure for his having the courage and genius to give us lasting reading pleasure and enlightenment.

I have never understood the “afterwards” part, regarding both Hemingway and Salinger. We have seen dismaying efforts to bring Salinger down, too. Salinger loved the people he created and was protective of them until the day he died. He gave us Holden Caulfield. He gave us the Glass family. So why would some “literary” critics take such a censorious tone about Salinger’s personal life?

He was a delight to know, as a friend and a colleague since 1950, just before the publication of The Catcher in the Rye. He figured out his personal life, winding up with a nearly 30-year-long marriage, children, and grandchildren. He lived quietly in New Hampshire, enjoyed church suppers, never bothered anybody, and wanted to be left alone with his work. He was the smartest writer I had ever met and the most generous. 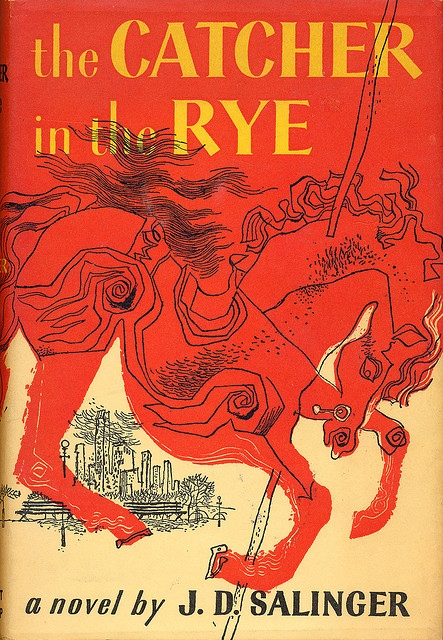 He shared with me a copy of the “Dear Jerry” letter Hemingway wrote to him when they were both serving in the second world war – a handwritten letter commenting on unpublished stories Salinger, who was then an unknown young beginner, sent him. “First you have a marvellous ear and you write tenderly and lovingly without getting wet,” Hemingway wrote. He added that he hoped he “didn’t sound like an easy praiser” and “how happy it makes me to read the stories and what a god damned fine writer I think you are”.

In 1966, Salinger told me he had come across “the rotten Muggeridge article on Hemingway in the current Esquire” and said “I feel I’d like to do something about the Muggeridge piece in particular and all the Hemingway ghouls in general, and I’m pretty sure you would, too…” Four years before that, Salinger told me that the critic Leslie Fiedler “had a go at Hemingway in the last Partisan Review”. He added: “What Fiedler needs more than anything else is to be wormed every six months or so. He’s a wretch, and he’ll never be happy till he thinks he’s proved himself better and more talented than the people he criticises.”

To me Salinger was always helpful. He told me early on, referring to my writing: “You’re yourself whether you’re writing fiction or fact. It’s very moving. I mean more than that, but that’s my first thought.” I’ve never had a better comment. When Salinger first met my son Erik, who was then a few months old, he sent me a letter, starting out:

Notes on your son.

1) Is an incomparably fine and lovable person.

3) Sleeps in a very good position.

He was always giving you something with love, and it outlasted his lifetime. He shared with me his huge range of interests, all the way from wonderful stories and sayings by the 6BC philosopher Lao Tse, to detailed instructions about selecting, cooking, and refrigerating bean sprouts.

So why would people, especially the self-appointed authorities on literature, always want him to be someone other than himself? It didn’t take long, after the historic acclaim for The Catcher in the Rye and his stories, for a lot of negative psychoprattle about his creations to surface – along with unwelcome intrusions into his private life. He was being chided for loving the characters he had created too well, and readers were chided for loving them, too. Today, millions of readers all over the world continue to experience the joy of discovering and being charmed by his characters. They know, as Hemingway said, that JD Salinger wrote “tenderly and lovingly”, and was “a god damned fine writer”.

From The Observer, Sunday, December 12, 2010 (thanks to David Hayes for pointing this out)