A study on human behavior released last month reminds us that spontaneous impulses have tipped entire cultures in a certain direction, and that fighting against human nature — especially the male nature — is monumentally difficult.

No wonder feminists have a reputation for being pissed off all the time.

The study deals with beauty, and how men absorb less information when the person delivering it is a gorgeous female. Researchers at Indiana University rounded up almost 400 male and female volunteers and had them watch a 24-year old female anchor deliver the day’s news dressed up first in a sexy get-up, then as a plain Jane.

In short, after watching Sexy Anchor in her fitted jacket, red lipstick and sparkly necklace, the men hadn’t a clue what she had just said. Thankfully, there wasn’t a follow-up quiz because they would have bombed. But when the anchor avoided sexual cues, donning a lumpy jacket and plain lips, the men went right back to being statistical calculators — reaming off sports scores, political updates and pending weather fronts. 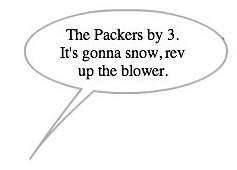 The female volunteers delivered a different story. Like a classroom, the gals retained more information than the guys regardless of the anchor’s appearance, and paid even more attention to the Sexy Anchor. The researchers say this is probably because they saw her as competition.

The trance-like effect of Sexy Anchor on men is a natural and persistent part of the male/female dance. And I don’t think it’s a stretch to say that it’s the biggest impediment (next to the challenges and interruptions of child rearing) that kept women out of universities and boardrooms for so long. Beauty interrupts the pace of learning and commerce (for men). But it heightens women’s attention spans, as the Indiana study showed. But where does that leave the woman sitting inside that beautiful body?

The Sexy Anchor effect explains why extremely good looking women still have a hard time being taken seriously as individuals in the wider world. Still, no one cries them a river because, well, they’re beautiful. That should be enough. 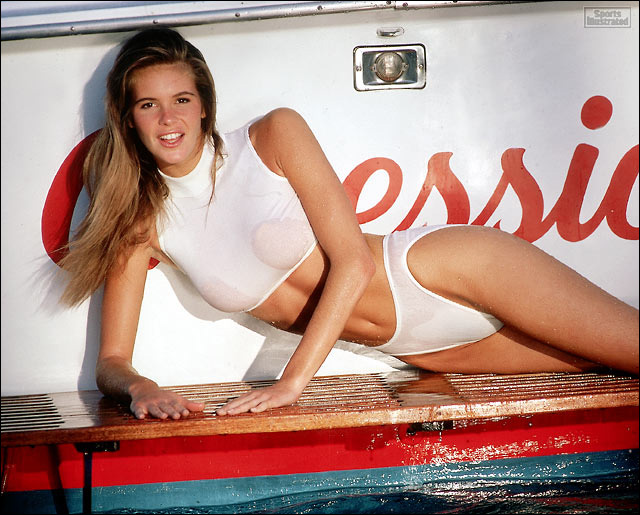 Can you imagine Elle MacPherson (lounging above) thriving in a second career as a PhD in anything? Donning a book bag, glasses and a pencil skirt would be seen as nothing more than a seductive scheme to increase men’s pain, not an earnest attempt to tone down the visuals and develop another side of herself. I say this without even knowing if Macpherson has the brains or desire to pursue a doctorate, but I’m willing to bet that she chose a career based solely on her effect on others. That sort of power and attention is fun. Doors swing open and mountains are blasted out of the way to make room for The Body, as she’s affectionately known. By the way, Macpherson is now an underwear mogul.

Of course, if a stunning woman doesn’t choose a life in modelling or become an arranger of lacy scraps over body parts, people wonder why, then pretty much ignore the field she pursued instead.

“What a waste [of beauty],” they say, shaking their heads. “Just think of the money and all the rock stars you could have dated.”

“But don’t you want to hear about my new genetic finding in fruit flies?”

“Not really… Hey, are you still wearing that pencil skirt?” 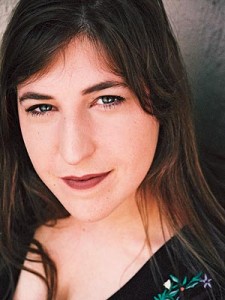 After starring in Blossom, Mayim Bialik (left) went on to earn a PhD in neuroscience at UCLA, but somehow we can accept that because she looks like she could do that. Now Bialik plays a brainiac on Big Bang Theory. I sometimes wonder how valedictorian Cindy Crawford would have fared as a chemical engineer (she studied it on scholarship at Northwestern University, before quitting to model). Her total grasp of the material isn’t in question, but her acceptance in the field is another matter. Maybe she could sense that and fled before having to face that uphill battle. Buildings and bridges are probably safer now because the guys she would have worked with have been able to maintain their focus.

Looks streamline women towards certain opportunities and discourage them from others. It explains why women still hesitate  every morning in front of their closets. A female, especially an attractive one, has to calculate the best course of action for the day ahead: what to show, what to hide, how will she be received if she wears a certain ensemble. Guys think less when they dress. Whether he’s a geek with a closet full of Ts and hoodies or a broker with lineup of expensive suits, it’s all the same. He just rummages, sniffs and goes. Clothes for men are uniforms that give them full coverage and allow them to differentiate themselves by their brains and skills.

A guy in a bar once said to me, “Wow, beauty and brains are running neck and neck with you.” I thought that was a nice compliment. But I could tell it was a problem, a major conundrum for him. Looking back, it’s been a puzzle for me too. When I started this blog last winter, a guy friend and fellow journalist (whom I adore) asked me in all searching seriousness if my website might act more like a dating site for me than a forum for ideas? “I am curious about whether there will be any unintended consequences to it,” he wrote in an email. “I wonder if  you are going to find yourself significantly digitally hit upon?” If anything, this comment shows that sex is still the driving narrative of a woman’s life.

So to that I say, let’s hope this site attracts intelligence, whether he’s in a hoodie or a suit. I haven’t figured out what I’ll be wearing.