Nava Atlas crafted this inspiring blog post about the importance of taking creative risks. It appeared yesterday on Susan Johnston‘s blog,The Urban Muse. (Thanks to David Hayes for pointing it out) 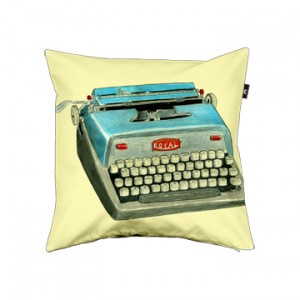 Success and failure as a writer

In a 1928 letter to Virginia Woolf, Vita Sackville-West, the British author, pondered, “Is it better to be extremely ambitious, or rather modest? Probably the latter is safer; but I hate safety, and would rather fail gloriously than dingily succeed.” Most of us would rather not fail at all, gloriously or otherwise. That’s why we’re content to settle for modest success, instead of taking bold steps needed for resounding success. To fail at that which we most long for seems like a terrible fate.

Truth be told, I’ve been hedging my bets in the failure and success department. I’ve had a good, long run as a food writer and cookbook author. It has been a fulfilling occupation—one that has paid, gotten me recognition, and allowed me to juggle the raising a family. But I’ve scrupulously avoided the more risky paths of fiction writing and of deeper involvement in the art world. Now, I’ve run out of excuses for avoiding my heart’s desires, especially now that I’ve learned that for the twelve classic authors featured in The Literary Ladies’ Guide to the Writing Life, failure wasn’t the flip side of success, but its occasional companion.

Charlotte Brontë never had the satisfaction of seeing her first novel, The Professor, in print, though not for lack of trying (it was published after her death, once her legacy was assured). She continued to risk failure by working on another novel while the first one haplessly made its rounds. That second effort was none other Jane Eyre, a resounding success from the moment it saw print. Virginia Woolf recounted the process of writing of The Years, each day “lying down after a page: and always with the certainty of failure.” The spectre of failure was mitigated when, after its 1937 publication, Woolf exulted, “The Years is the bestselling novel in America…”

Risk can end in either failure or success, but the latter can rarely be achieved without the courage to fall on one’s face or make a few false starts. Madeleine L’Engle reminds us that “Risk is essential. It’s scary….We are encouraged only to do that which we can be successful in. But things are accomplished only by our risk of failure.” How true for so many women, who are loathe to face either public or private disappointment, to be anything other than the A students we were encouraged to be.

L’Engle took a huge risk in writing A Wrinkle in Time, a book for children that overtly examined good and evil. This was the late 1950s, and editors felt that kids weren’t ready for this kind of darker, more complex literature. Some forty publishers rejected it, and though each turn-down was crushing, L’Engle held fast to her belief in the book’s merit. After nearly giving up, Wrinkle finally found a home and was published in 1962. The subsequent awards and sales in the millions were sweet vindication, of course. But the point here isn’t the book’s eventual success, but that L’Engle risked the time and energy to create the book, knowing it wouldn’t be an easy sell. She reminds us that “Writers will never do anything beyond the first thing unless they risk growing.” 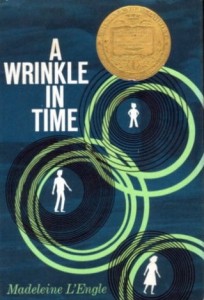 Avoiding risk means avoiding failure. But there’s less likelihood of resounding success. Risk avoidance also prolongs lingering in one’s comfort zone — which can feel like a cozy cocoon for a while, but can grow constraining. I’ve often wondered: what if I’d been less invested in constructing a safe and somewhat predictable creative life? What will I do with all the notebooks filled with fanciful ideas, and a smaller window of time to pursue them? For starters, I’m going to heed Madeleine L’Engle’s advice: Risk is scary and uncomfortable, but there can be no growth, and little glory, without it.

Nava Atlas is the author and illustrator of many well-known vegetarian and vegan cookbooks. Her first book was Vegetariana, now considered a classic in its field. She has published two books of humor, Expect the Unexpected When You’re Expecting! (A parody), and Secret Recipes for the Modern Wife, and her latest book is called The Literary Ladies’ Guide to the Writing Life.