I wrote this piece last fall after a trip to Amsterdam, but it seems appropriate today. I wish Canadian soldiers had been able to walk Anne Frank out of Bergen-Belsen. 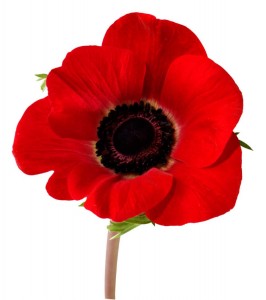 Coming out of the last exhibition room at the Anne Frank House in Amsterdam, I was pressing Kleenex into my puffy eyes when a guide standing at the exit touched my arm and asked if I’d fill out out a survey about my experience at the museum. “Absolutely,” I said as she led me to the computer station in the café.

I sat at the computer for several minutes, staring out the window. I was still replaying in my mind one of Anne’s Dear Diary quotes: “Already I know what I want to do, don’t you? I want to be a journalist or something in the world.” That line, posted on the wall at the end of the show, is barely visible under the exceptionally dim lights.

Here, then, are a few details about Anne which make me laugh, then cry some more. They’re quotes from her best friend Hanneli Pick-Goslar, and are the sort of facts trained historians routinely overlook (I’ve edited them for clarity). I found them in a book of interviews compiled by Willy Lindwer, the Dutch documentary filmmaker (I bought his book, The Last Seven Months of Anne Frank, and a pile of others at the gift shop). By the way, Hanneli’s still alive. She lives in Israel and has 10 grandchildren.

*The bullet points are miniatures of Anne’s first diary, given to her by her parents on her thirteenth birthday.

“In contrast to my parents, the Franks weren’t religious at all. I had to study Hebrew. Anne didn’t. She followed in her father’s footsteps. I never went to school on Saturdays. Orthodox Jews don’t go to school on Saturday — the Sabbath. Anne did. Then every Sunday she would come to my house, or I would go to hers, to do our homework.”

“Often on Sundays we would go with [Anne’s] father to his large office on the Prinsengracht — now the Anne Frank House. There was a telephone in every room and this gave us a chance to play telephone. We [also] played a lot of street games. We’d throw water out the window on people walking by.”

“Anne loved autograph books in which everyone had to write a verse. She had a lot of friends. I think she had more boys as friends than girls, especially when she was in the sixth grade and then the first year at the [Jewish] Lyceum. Boys really liked her and she liked it a lot when they all paid attention to her. Anne was always the center of attention. She liked being important — and that isn’t a bad quality. I remember that my mother, who liked her very much, used to say, ‘God knows everything, but Anne knows everything better.'”

“She was always fiddling with her hair. She had long hair and it kept her busy all the time.”

“Anne had a special funny trick that I had never seen before. Whenever she wanted to, she could move her shoulder out of its socket. She thought that it was great fun to have the other children watch and burst out laughing.”

“She was always writing in her diary, shielding it with her hand, even at school during the break. Everybody could see that she was writing. But no one was allowed to see what she had written. And I thought that she was writing entire books. I was always very curious to know what was in the diary, but she never showed it to anyone.”

“Anne was a sickly girl. I don’t know what the problem was because she almost never had a high fever, but she often stayed home in bed. That would last a couple of days. She probably had rheumatic fever. I would always visit her and bring her homework assignments. She was always very cheerful.”

“At the Jewish Lyceum Anne and I always sat together. We copied each other’s work, and I remember that we were once given extra work as a punishment for that. One day, a teacher grabbed Anne by the collar and put her in another class because he wanted to keep us apart. We had been talking too much. I don’t know how it happened, but half an hour later, there I was sitting next to her in the other class, and then the teachers just let us sit together.”

“Anne was the first girlfriend I lost. When I went back to school after the summer [her family went into hiding], fewer children came to class every day. It became more and more dangerous. I shall never forget how our history teacher, Mr. Presser, gave us a lecture about the Renaissance, but in the middle of the lesson he began to cry and ran out of class. ‘Last night they took away my wife.’ It was terrible. I still get chills when I think about it.”

And for the sounds of the bells the Frank family listened to to mark the hours while they were in hiding, click here. I recorded this on my iPhone.

By the way, when the Anne Frank Museum survey asked me where I was from, I couldn’t answer the question. Canada wasn’t one of the choices in their long lineup of countries. The closest answer was: North American (Other). That really pissed me off. Who liberated Holland, pushing out the Germans? Canada. Who offered the Dutch Royal Family a safe haven for four years during WWII? Canada. Ottawa’s acres of tulips are almost all tokens of gratitude from the Dutch. I think the guide at the museum must have seen me shaking my head because she came over and asked if I was having technical problems with the site. “No,” I said, saucer-eyed. “But where’s Canada? You need to add Canada.” I didn’t give her the history of our two nations. Miss Bossy Boots (one of my many charming personae) was strangely silent that day. I guess I figured that if Canada couldn’t have saved Anne (who died in Germany), what was the point?

Back at the hotel, feeling utterly spent, I picked up a copy of Glamsterdam, a glossy publication covering Holland’s arts, culture and sports scene. I came across a profile of Marcel Kars, a Dutch/Canadian hockey player with fabulous abs. The piece, by Sabine Wendel, cited Kars’ hometown in bold as “Toronto, USA”.  Sheesh. What’s up with the Google Generation of Netherlanders? Did they skip history class the day Canada’s heroics were covered? I hope my kvetching lands as a Google Alert in the inboxes of both the museum and the magazine. Time to reinvest in a fact checking department, folks. I look forward to their comments. Truly.

6 responses to “Don’t forget to remember”