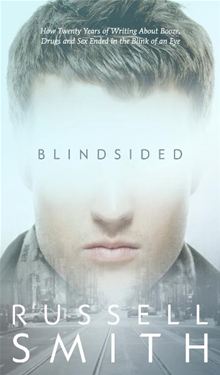 I feel a change in the air. No, not spring. This may be even better than raindrops on tulips and girls in white dresses. The first sign of climate change for freelance writers is emerging for real, and, in a very unexpected twist, the future looks bright. Really bright.

After four decades of earning a buck a word  for writing magazine features — that’s like minimum wage staying put at $1.65/hour — and pocketing 5% of the profits for printed books, writers are now starting to sell their longer articles directly to the e-reading public for more, much more, via the “singles” format available on Kindle, Kobo and iBooks for smartphones and tablets. Writers opting to do this can earn anywhere from 50 to 70 percent of the revenues. That’s unheard of.

Call it yet another example of how the digital revolution is unceremoniously dropping the middle men and women from the equation and paying the people who actually conceive of and create the content a much higher cut. In cases like Kindle, the authors set the price. As the observer.com noted, “the result is brand-based reading, where the writer is the brand.”

And just when I was starting to despise the term “brand,” I love it again!

Yesterday, The Canadian Writers Group (CWG), the agency that represents my work, swung open its doors to a shiny, new e-boutique and introduced the first in a series of non-fiction digital books it plans to sell in 2012. Up top is a picture of its inaugural e-book, Blindsided by Russell Smith, which is now available on Kobo, with Kindle and iBooks soon to follow.

Smith, a novelist and weekly columnist for The Globe and Mail, is a self-confessed partier extraordinaire. For years, he chronicled the underground party scene in Toronto and by his forties was continuing to live like a man half his age, going out every night, revelling in the latest fashions (and the women in them), sipping and sniffing the latest drinks and drugs and falling into bed at sunrise. Rather than eroding his writing, his lifestyle fed it.

But Smith knew something was amiss two years ago when he began to gradually lose the sight in his left eye. Not long after the shade began to fall on his right eye. When one doctor, who knew very little about Smith’s past, suggested that he protect his remaining sight by avoiding certain things — like drugs — Smith began to wonder if his lifestyle had brought him to this point?

For now, Smith has no idea how many more times he’ll have to increase the size of the font on the things he’s reading and writing, or how much further he’ll have to lean in to see his computer screen before the whole picture fades to black. The thought of switching careers terrifies him.

An excerpt from Smith’s story appears in the print edition of the April issue of Toronto Life magazine, which I read in one sitting without blinking, it’s that good. The excerpt is not available online, so I can’t throw you a link. But, you can purchase the full story at Kobo for $1.99. iTunes for news and stories has finally gone from a prediction, first uttered two years ago, to a reality.

Last night I had this vision of Canadian writers stampeding to e-boutiques to sell their work and abandoning the magazines they were once were so desperate to appear in. “Buying into the promise of prestige for a handful of peanuts doesn’t work for us anymore,” I imagined some famous writer uttering into a forest of microphones. Like a movie, panicked publishers lured them back with much, much, much higher rates, and the music swelled.

It would be amazing if the internet finally righted this wrong. As Derek Finkle, the founder of the CWG (a superhero to many of us who write for a living), told the Quill & Quire‘s Jason McBride, “No one is fostering and paying talent in this country.” Major American magazines pay writers three to 10 times as much as the most profitable Canadian publications. But here’s the kicker:

“Finkle can imagine publishing, say, a controversial story about a Bay Street law firm that would potentially be downloaded by tens of thousands of lawyers taking the train home from work, with each reader actively contributing to the writer’s bottom line. ‘It’s that subversive,’ he says. ‘It’s an entrepreneurial opportunity that magazine writers haven’t had before. If you can make $40,000 on a story, that’s a game changer.'”