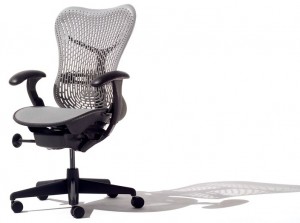 When you commit ass to chair, things happen.

Writing is about showing up and seeing what you’re made of. It’s about the pain of discipline — much preferable to the pain of regret — and pushing forward regardless of your solvency or the state of your personal life.

These ruminations prompted me to conduct an informal survey: from what I can tell, many of my  favourite writers aren’t using social media like they’re told they should.

Anne Michaels, who says she “reads and writes to hold another human being close,” isn’t on Twitter. Neither is Paul Auster (who is said to have uttered the solvency comment above).

Sure, their publicists have pushed them to set up fan pages on Facebook. And ardent readers take great pleasure in maintaining Twitter streams so they can broadcast their serendipitous encounters with their favourite authors in airports, grocery lines and adjacent bathroom stalls. But the writers themselves aren’t streaming their conscience in real time.

The overshare is unthinkable for some people. They’re the ones who remind us that profundity is better housed between two covers. It’s something we should have to dig for. It defies a keyword search. Here’s what E.M. Forster told a bunch of students in 1927: “Books have to be read (worse luck, for it takes a long time); it is the only way of discovering what they contain. A few savage tribes eat them, but reading is the only method of assimilation revealed to the West.”

If you don’t think this is true, then why do we feel an afterglow the moment we finish a good book?  Internet searches — even fruitful ones — leave us feeling queasy most of the time. Display resolution isn’t the only thing putting us in a mood.

Auster and Michaels are part of a small fringe element who aren’t on Twitter because they’re not buying it (of course, this is my take on their elusiveness). They’re distinct from that other sub-set of holdouts — old media stars who avoid all forms of social media as one-person protests against change. The first group feel powerful, the second just impotent.

Powerful writers, like Michaels, know how to pace themselves and where to throw their energy. They don’t spray the universe with half-baked ideas. But they’ll spend hours with students and fellow writers, connecting with them and reaching out to offer an encouraging hug. Yes, the formidable Anne Michaels is a hugger. I witnessed her generosity last week and didn’t see anyone skulking off to stare at their smart phone while she was in the room.

The rest of their time is spent offline, connecting with themselves (not with strangers), and writing what they know of life and love. We are the beneficiaries of their solitude.

As publishing changes — and drastically so — it pays to be intimately aware of the new landscape.  And I’m guessing they’re keeping watch.

I’ll always applaud blogging for surpassing paper in its reach — I’m talking to you, aren’t I? — but tooling around is still just tooling around. The difference between Auster, Michaels and the rest of us (other than talent, which is the understatement of the century) is that they know how to say No.

The rest of us are mere pawns, unless we choose not to be.

2 responses to “Wannabe what?”