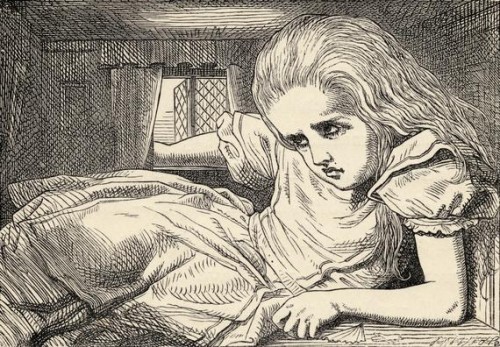 Alice grows too tall for the room, from "Alice's Adventures in Wonderland," 1891 by Lewis Carroll. Illustration by Sir John Tenniel.

A dozen years ago, when the thought of becoming an academic art historian had lost its luster, I found myself throwing all of my investigative energy into a more personal story. This was back when I was trying to break into journalism, with no degrees or contacts, and pitching stories like, “I grew an inch in a week and, God Almighty, it hurt.” (Aside: it took me another 4 years of pitching and flailing to call myself a journo).

Still, it’s true. I grew an inch in a week and I’ve always insisted that the pain I felt in my spidery arms and legs coincided down to the minute with the moment my limbs were taking off in all four directions. For about a century, though, the idea that kids could feel themselves growing made the white coats smile and shake their heads. As a result, growing pains took pride of place next to the dreaded ice cream headache as these perplexing, slightly silly tales worthy of Newbery Medals, but serious scientific attention? No. 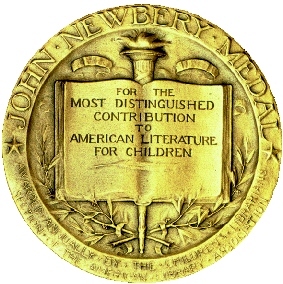 Yeah, whatever. All I know is that after a few years of crazy growth spurts, I crested at 6’1″ by grade 10 and the rush to recruit me to play on the basketball and volleyball teams was on. That happened before it was determined if I had any talent. And I remember thinking, for the first time, how invested everyone seemed to be in the idea that height=power. It’s in our DNA. It’s why tall people are hired faster than shorter ones, and paid more too — except if you’re a writer. Then you sit for most of your life (making you as tall as a child), and take peanuts for pay because you’re powerless to do otherwise. It’s like juvenile detention … the bastards. 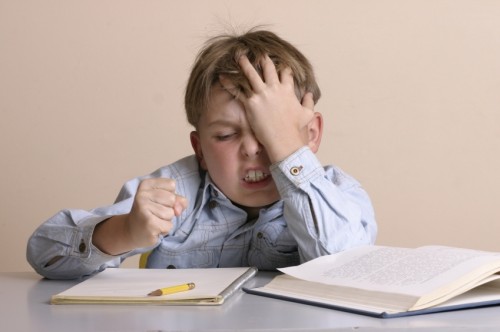 I should probably cool it and just tell my story.

As it turned out, volleyball was a natural fit for me since I was good at racquet sports and I loved finishing points off at the net. But basketball was a disaster. For whatever reason, my head and body never came together on the court. Instead, I inspired a wave a snickers in the bleachers for my signature technique. “Windmill arms,” someone shorter and sportier called it. “What …” I stared back with a glare so stern it could have turned our school mascot (a Trojan warrior) to stone. But not the peanut gallery. They just grinned back.

Here’s how it went down: back in the summer of ’82, when Whitney Houston was a junior model for Seventeen magazine and Princess Di was a walkabout rockstar, I was not so patiently waiting for the transistor radio pressed to my ear to play Men at Work or the J. Geils Band again. I was also completely dreading bed time because it meant another possible invasion of the body stretcher. Friends suggested I was achy a lot because I was playing too much tennis, and my muscles were overworked … 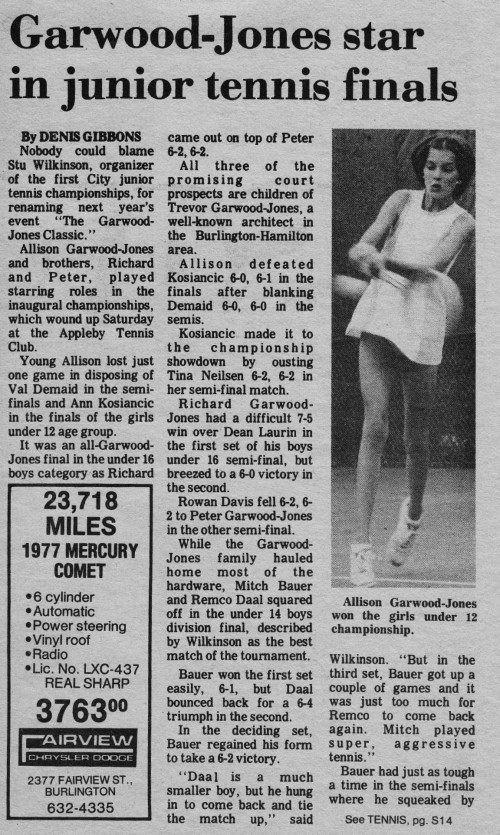 For four nights running the ache in my limbs came in waves around 3 am. I remember folding my legs up under my chin and trying to rock away the pain, then stretching them out and rubbing the length of my shins and thighs until I imagined I saw sparks. My mewing woke the entire house, turning my brothers over in their beds and sending my parents from room to room gathering up the necessary rescue gear: two heating pads plus an extra heavy blanket to weigh them down, and a Dixie Cup filled with cool water for taking the aspirin nestled in my mother’s extended palm. Mum and dad always tag-teamed on these nights, taking one leg each. “I’m growing,” I said with the kind of fury women, mid-delivery, save for their husbands (OK, so I exaggerate, but it was intense). Mum and Dad kneaded my muscles and didn’t question the cause. Neither did I.

Every time this happened — I grew over two feet between my tenth and fifteenth birthdays — my dad and I would meet before breakfast the next day for a “height-in,” similar to a jockey’s weigh-in. I’m sure it appealed to the side of him that was into sports stats and breaking records. We used to watch ABC’s Wide World of Sports together, a show that threw in words like “agony” and “human drama” into its classic opening montage, the one with the thunderous kettle drums and Jim McKay’s frantic voiceover accompanying clips of Indy crashes, World Cup wipeouts and Russian weight lifters shaking under barbells bigger than truck tires. At the height-in, Dad would slide a Bic pen over the crest of my skull and carve a blue notch on the wood inside of the cupboard door housing my mum’s winter coats. “Up an inch,” he’d say before carefully writing the month and year beside the notch. Now as my brothers and I start the sad task of cleaning out our childhood home, I wouldn’t mind claiming that door.

Whitney running through the pages of Seventeen.

If we can feel the push of a new tooth, the pinch of ovulation, and the itch and stab of multiplying cancer cells, why not the accumulation of healthy bone cells as they barrel forth ahead of attached muscles and tendons? This is what I was thinking as I looked for clues in the medical journals stacked up around me.  Surfing online pulled up nothing of consequence on growing pains back in 2000, so I relied on actual visits to the University of Toronto’s Gerstein Science Library to find answers.

And here’s what I confirmed: children really do grow at night. The pituitary gland shoots human growth hormone (HGH) into the bloodstream in rhythmic pulses during the deepest stages of sleep, between about midnight and 4:00 am, which is when kids wake up with complaints of sharp intermittent cramps in their legs and occasionally arms, groin, back and shoulders. I learned that it takes the body between twenty minutes to half an hour to metabolize human growth hormone, the same amount of time that a “growing pains” episode lasts. 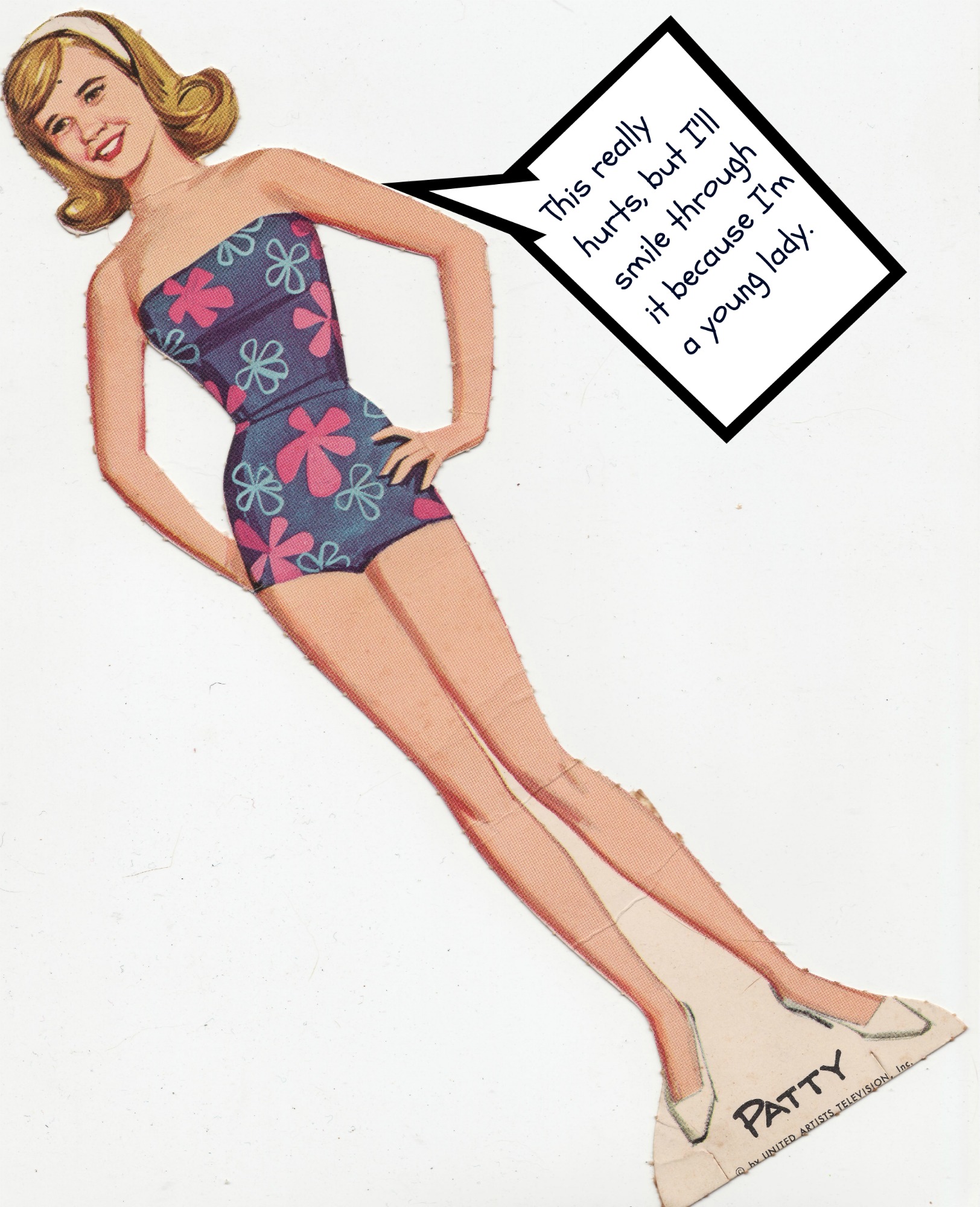 That’s when I began studying this twenty minute time period even closer. I wanted to find out what our bodies are doing while they’re using and absorbing human growth hormone, and if anything about this process might register with our senses — making some of us go, “Ouch!” The oft-repeated line by paediatricians that growing was “a silent and imperceptible process” felt wrong, quite frankly. Body wisdom told me otherwise. I abandoned the idea that growing pains stemmed from realtime stretching muscles and overtaxed tendons — too cartoonish, too Incredible Hulk. My research seemed to point to another, less obvious, culprit. When a diabetic friend of mine told me one day that her legs ached when her blood sugar was high — “like when I had growing pains” — DING, DING, DING,  I wondered if high blood sugar levels might be to blame for my nighttime pulsating ache?

My focus turned to the side effects of high blood sugar. I learned that when HGH is released into the bloodstream it temporarily raises blood sugar levels, first by instructing the liver to make more sugar, then by convincing the muscles to get their energy from free fatty acids instead of sugar. With nothing to do and nowhere to go this rejected sugar makes it was back into the bloodstream at which point the pancreas senses an imbalance and tries to correct the high sugar levels by throwing insulin at the problem. But the muscle tissues couldn’t care less; for this short period of time — twenty minutes or so — while they are feasting on free fatty acids, they stubbornly ignore the incoming insulin which only makes the pancreas release more of the stuff. Again, I wanted to know how the body reacts to this struggle, producing an uncomfortable side effect? Does high blood sugar feel the same in all of us, whether we’re diabetic or not? I even started wondering is growing pains was like a case of temporary diabetes?

With the help of my Complete Home Medical Encyclopedia I ran my finger down the list of possible symptoms for hyperglycaemia (high blood sugar), past extreme thirst, frequent urination, weight loss and impaired vision until I landed on “leg cramps.” Bingo! Then I got my diabetic friends involved in a completely unscientific survey (I surveyed three people). “Have you ever had leg cramps?” I asked without telling them why I wanted to know. “When do you get them and how feel?” 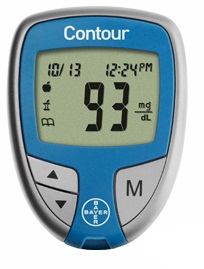 I learned from my friends that achy legs is one of their first symptoms when their blood sugar begins to climb. One subject, a friend at work who had Type 1 insulin-dependent diabetes, began reporting to me every time she had achy legs. “Test your levels! What are you at?” I asked. She consistently read between 10 and 12 mmol/L on her hand-held glucometer. Normal blood sugar readings are between 3 and 6 mmol/L. Being a doctor, I had no idea if her accompanying leg aches were related to her high blood sugar levels or poor circulation, another side effect of diabetes. This friend was new to diabetes — having been diagnosed three years earlier — but she hadn’t been told yet by her doctor that her circulation was suffering, so I stuck to the high blood sugar diagnosis.

Now I was thinking, I need more proof. All I had to do is convince doctors to equip parents with glucometers. That way, when their non-diabetic children woke up in the middle of the night because their legs hurt they could take on on-the-spot blood sugar reading. If enough kids consistently registered above normal blood sugar readings (i.e. above 6), I may have just solved the mystery of growing pains. 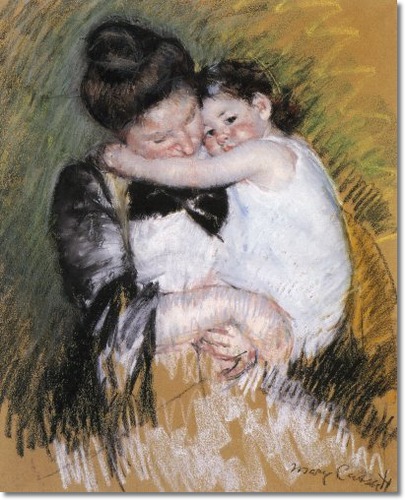 But parents aren’t just curious to know what causes the pain, they want to know how to relieve it, or, better yet, prevent it. In 1988 Drs. Maureen Baxter and Corinne Dulberg, in co-operation with the University of Ottawa and the Children’s Hospital of Eastern Ontario, published what is now a frequently cited study in the Journal of Pediatric Orthopaedics. It claimed that kids with “growing pains” who performed regular muscle stretches at bedtime “showed more rapid resolution of their symptoms over an 18 month period” than kids who did nothing. But the doctors had no explanation as to why, at least at the time. That finding brought me full circle: maybe, I thought, that’s because exercise is one of the most effective ways of lowering high blood sugar. Just ask a diabetic. Apart from dietary changes, exercise is one of the first things their doctors tell them to add to their routine.

Afterword: I sat on my findings for over a decade, became a journalist, travelled the world, moved from one apartment to the next, then dusted off the banker’s box labelled “growing pains” a few weeks ago during a visit to my storage locker. When I went back to Google, now an infinitely bigger search engine than it was in 2000, I discovered that my hunch and my “leg work” were spot on. Since that time, growing pains has been taken up by researchers some of whom, like me, pinpointed complications from high blood sugar as a probable cause. Others, still aren’t sure. I was slightly ticked I didn’t beat them to the punch, but also amazed what focused research and a personal stake in the outcome can lead to. This was no Lorenzo’s Oil, but a fascinating journey for me nonetheless.