So where’s the correction?

[A]fter a stunning $2 billion loss in European trading by JPMorgan Chase last week, the FBI in the U.S. has opened a preliminary review of the debacle.

As punishment, Ina Drew, the Chief Investment Officer whose London office orchestrated the trades, was promptly kicked to the curb. That lowers the ratio of male to female traders on the London Stock Exchange from a high of 260 male traders to 4 female to 260 to 3.

CEO Jamie Dimen remains. He’s been doing the rounds on the Sunday chat shows saying his company was “sloppy” and “stupid.”  Meanwhile he’s been unapologetically leading the charge to prevent the caps on market speculation recommended by Obama.

And, so, for the third time in three years I’m reprinting a post I wrote on Wall Street culture shortly after the first U.S.-led economic crash.

Like I said before, if you think our elected leaders are in control of the economy and our futures. Think again. The stock jockeys are.

Being an average citizen sure feels powerless.

It’s been 18 months since the economy tanked, and the average investor who hung on during the worst stretch of stock market bucking and kicking has already regained most of what they lost. For many, then, it’s business as usual.

But if market corrections were inevitable, social ones are still pending, but possible, according to one of journalism’s best financial reporters. 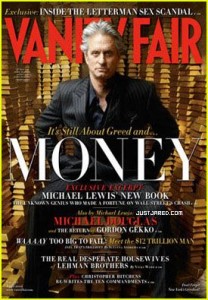 I’m talking about Michael Lewis of Vanity Fair. He continues to doggedly turn over the rubble of 2008, assessing every detail with a coroner’s gimlet eye so he can come back and tell us exactly how traders back then were measuring risk and following abstruse formulas cooked up by their bosses to increase profits.

Still, after reading Lewis’ most recent VF features I couldn’t summarize his technical explanation of the machinations of subprime-mortgage bonds if my life depended on it (I’m referring to his articles,”Greed Never Left” and “Betting on the Blind Side,” both in the April 2010 issue). But that’s not because Lewis’s prose style isn’t clear or engaging. I have troubles remembering blow-by-blow descriptions of how people cheat (maybe because my instincts run counter to this). But I pounce on explanations that take a stab at why they do. 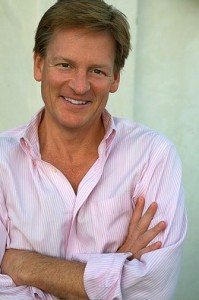 Lewis, a former Wall Street broker turned chronicler, is part of a growing contingent of journalists (Nicholas Kristof of The New York Times is another) whose strict objectivity has taken a back seat to their impassioned analysis of human nature. “You have to be careful how you incentivize people,” Lewis told Steve Kroft last Sunday on 60 Minutes in a discussion about traders and money managers. “If you pay someone not to see the truth, they won’t see it.”

Both Lewis and Kristof are gathering their data and making their astute observations from the epicenter of the best behavioral test labs imaginable: extreme greed in Manhattan and extreme poverty in the developing world. Kristoff , for example, cites studies that have found when “women hold assets or gain incomes [in the developing world], family money is more likely to be spent on nutrition, medicine and housing, and consequently children are healthier.” But when men hold the money, and this is “the dirty little secret of global poverty,” he says, more often they spend it “on a combination of alcohol, prostitution, candy, sugary drinks and lavish feasts,” not on their families.

Filmmaker Oliver Stone, the son of an honest Wall Street broker, is another surprise addition to this group of creatives pushing to see human nature’s better side come to the fore. Despite what most people think, the notoriously difficult Stone never intended to make Gordon Gekko, Michael Douglas’s character in his 1987 blockbuster Wall Street, a hero, but that’s exactly what he became in the minds of so many guys working in finance, he tells Lewis in VF’s April issue. Douglas still gets Wall Street hot shots coming up to him and saying, “’Man, I want to tell you, you are the single biggest reason I got into the business. I watched Wall Street, and I wanted to be Gordon Gekko.’” 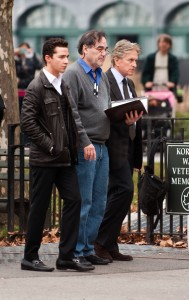 Stone shakes his head at this. So does screenwriter Stanley Weiser. Both feel like their cautionary tale was hijacked by a misinterpretation that helped create the culture that led to 2008. Now Stone wants to use the sequel, Wall Street: Money Never Sleeps, which hits theatres in September, to correct that initial misreading. By bringing back Douglas as Gordon Gekko and setting the sequel in 2008, Stone wants to show, in his words, ”the collapse of capitalism and the collapse of our society.”“Our way of life is going to change,” he tells Lewis. I couldn’t tell if that was his hope or a prediction.

Change only happens, though, when new points of view are folded into the mix. And while women aren’t new (!), hearing their voices in the halls of power is still unique. No one knew this better than America’s First Lady Abigail Adams. In 1776, just as legislators were gathering in Philadelphia to design a new independent American government, Adams, in her flowing cursive, famously instructed her husband, U.S. President John Adams, to “Remember the ladies.” Well, they forgot. But Abigail kept pushing anyway. “Don’t put such unlimited power in the hands of the husbands,” she continued. “Remember all men would be tyrants if they could.” 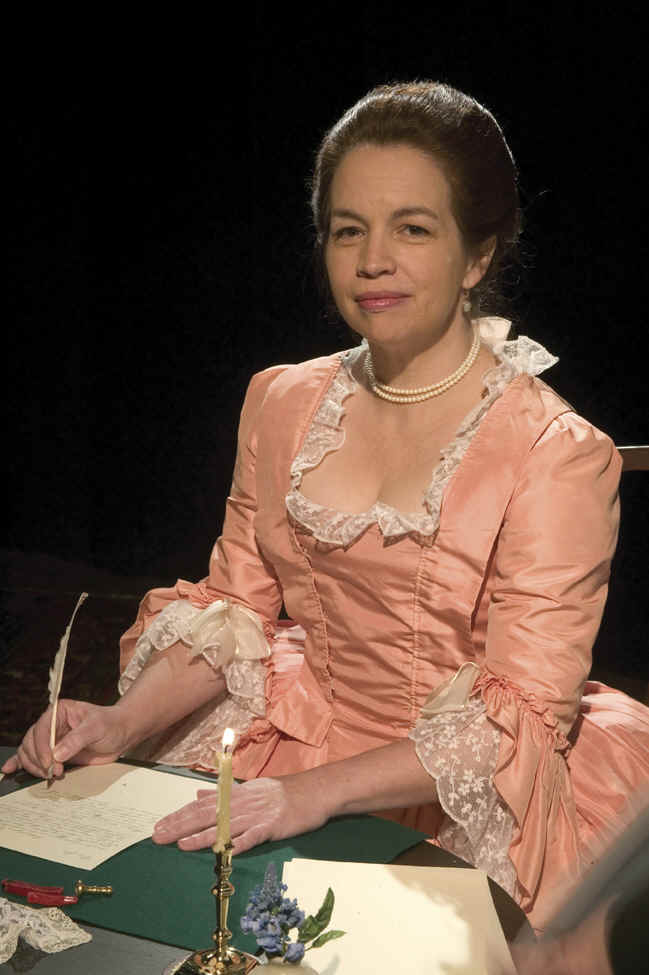 The more Abigail wrote, the more philosophical she became. “[John], you tell me of degrees of perfection to which Humane Nature is capable of arriving, and I believe it, but at the same time, lament that our admiration should arise from the scarcity of the instances.” You’d think she was referring to a room full of slick-haired stock jockeys high-fiving each other over a run of questionable gains (they were in powdered wigs and buckled shoes — all the same without their clothes).

Due to unfinished business, the ghost of Abigail Adams is still with us, touching down all over the globe and pushing for change.  I’m convinced her spirit crashed the World Economic Forum in Davos Switzerland last winter. All of a sudden, and quite out of character, the participants (most of them, almost dead white men, except for the sprightly Rev. Desmond Tutu) began asking, “Would this economic crisis have happened if Lehman Brothers had been Lehman Sisters?”

Journalists like Michael Lewis, Nicholas Kristof and Charlie Rose (proud feminists, all), gloved that spectacular sound bite and refused to drop it, posing the question not once but again and again and again until what started as a clever quip turned into an outright challenge from the media aimed at a corrupt financial system.

The financial culture …is a pool of sharks, and women just despise [it],” Kristin Petursdottir told Lewis in his 2009 VF feature on the collapse of Iceland’s economy. In 2005 Petursdottir was Iceland’s lone woman in a senior banking position (she was deputy CEO for Kaupthing in London). But she has since quit and now runs a financial services business staffed entirely by women. “People thought I was crazy [to quit],” she says, but Petursdottir was determined to bring “more feminine values to the world of finance.” Science agrees, saying our financial wellbeing depends on it.

To my male readers, I say at this juncture, stay with me on this. We all want a better world. And if that doesn’t grab you because you secretly like the way things are, then I’m guessing you lost money in the crisis, so listen up!

The latest data from Vanguard, the American mutual fund company, reports that during the financial crisis of 2008/09, more men than women sold their shares at stock market lows. “There’s been a lot of academic research suggesting that men think they know what they’re doing, even when they really don’t,” said John Ameriks, head of Vanguard Investment Counseling and Research, in a New York Times article published last Sunday. The article by Jeff Sommer, called “How Men’s Overconfidence Hurts Them as Investors,” also said, “Gender differences appear to extend to other financial behavior. For example, women who are C.E.O.’s and company directors tend to pay lower premiums in corporate takeovers, saving their shareholders a bundle.”

It makes me wonder what would happen if we reversed the male/female ratio on the floor of the stock exchanges? In 2008, for example, the London Stock Exchange consisted of 260 male traders and 4 females. After a period of, say, five years, what patterns would emerge in the economy if this were reversed?

What’s more, a growing number of researchers in the last two years have been combining neuroscience and economics (neuroeconomics) to understand the roles testosterone and cortisone play in financial risk taking. In the spring of 2008, a research team at the University of Cambridge studied the spit of a group of London traders over 8 days and confirmed what most of us have always suspected: that testosterone rises in an economic bubble and these raised levels lead to irrational choices. 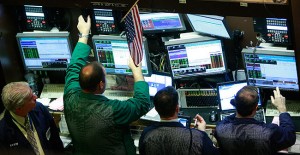 The researchers said that the relationship between market events and the male endocrine system was like a relay race. “When traders experienced acutely raised testosterone [levels] … they made higher profits, perhaps because testosterone has been found, in both animal and human studies, to increase search persistence, appetite for risk and fearlessness in the face of novelty.” 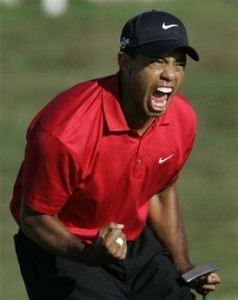 Like the “winner effect” in professional athletes, testosterone rises in the winning athlete (Tiger), but falls in the losing one. “This androgenic priming of the winner,” say researchers, “can increase confidence and risk-taking and improve chances of winning yet again, leading to a positive feedback loop.”

But, the Cambridge team also found that “if testosterone continued to rise or became chronically elevated, it could begin to have the opposite effect on profit and loss, exaggerating the market’s upward movement.” Similarly, in volatile times, a rise in cortisol levels in these guys — often by as much as 500 % by day’s end — exaggerated a downward swing (resulting in massive sell-offs). “These steroid feedback loops may help explain why [male traders] caught up in bubbles and crashes often find it difficult to make rational choices.”

The question remains, what can female investors, golf wives and rational male investors do to diffuse the extreme male behavior of a select group that, clearly, is capable of  running us all into the ground?

Do you put each trader in a single enclosed office space away from his buddies? I say that because researchers at theUniversity of California published a study in March 2008 that found that men in group situations, like trading floors, are more likely to engage in risky decision making because they get caught up in issues of relative social status and dominance.

Or, do you pay female traders big bucks (big bucks because most hate working in hyper-competitive environments) to infiltrate this boys club and diffuse the cloud of testosterone hanging over the floor? A study from 2000 published in The Journal of Economic Theory found there was “a strong consensus that diverse groups perform better at problem solving,” than homogeneous ones. And, anecdotally, we all know that the presence of women is often the only way to diffuse extreme male behaviour. 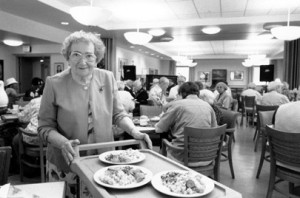 So here’s my solution: Spray estrogen in the air at regular intervals on the trading floor, play classical music, and enlist the mothers. Have the moms make daily desk-side visits with their boys so they can stroke their hair and feed them homemade lunches. “Now, Dear, stop drinking that Red Bull and eat this casserole. And why are you  sniffing so much? Do you have a cold?”

We have to do something to calm them down and protect our assets.