Our understanding of breast cancer shifted this week. Through genetic analysis, U.S. scientists working for the National Institute of Health’s Cancer Genome Atlas were able to identify four types of breast cancer. More specifically, they discovered that the most deadly form of breast cancer — the “Triple Negative” — acts a lot like ovarian cancer and a type of lung cancer. “[This] raises the possibility that there may be a common cause,” Dr. James Ingle of the Mayo Clinic told The New York Times. Ingle is one of 348 researchers who worked on the study. These new findings give doctors the green light to test ovarian-style cancer treatments on patients rather applying the routine class of drugs used for breast cancer, which haven’t always worked.

In one of my recent assignments, I interviewed a young woman who beat a “triple negative” diagnosis a year ago. Sarah Lucero lives in Los Angeles and is the Global Artistic Director for Stila Cosmetics. Through humour and tears she told me her story. (Photo by Winny Au) 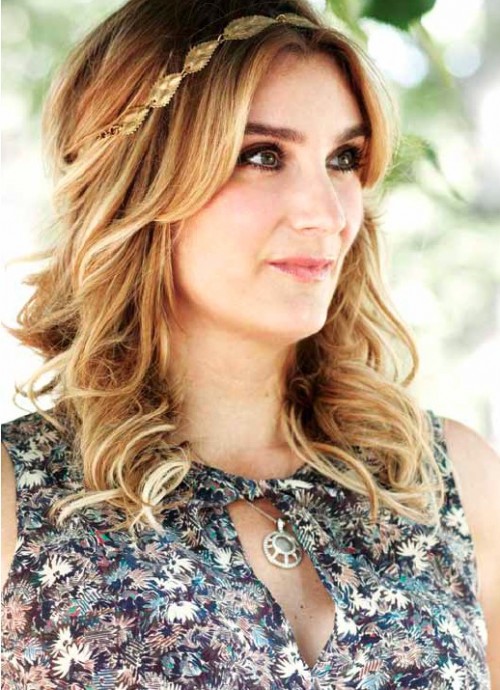 [I]t first occurred to me that something was off in the summer of 2010. I was on a plane headed to Australia for a Stila press event, and when I lifted my makeup kit into the overhead bin I felt a pain in my right breast. My kit weighs a ton, so I figured I had pulled a muscle. I took an Advil and didn’t think anything of it. Two weeks into my trip, I was still popping pain pills.

When I got back to L.A., the pain hadn’t subsided, so I decided to go to the doctor. I had convinced myself I had a cyst that needed draining—it couldn’t be cancer. I was only 34.

The first doctor I saw didn’t think it was cancer either. “Breast cancer doesn’t hurt,” she said. A Google search by my husband returned similar results. Boy, were we relieved. I love my job and was way too busy to get sick.

Thankfully, the doctor who examined me advised me to get a mammogram. Her tone didn’t imply any sense of urgency, so I went in for a second appointment about a month later. After one mammogram and an ultrasound, I found out I had Stage 2 Ductal Breast Cancer.

I got that second opinion and all my treatments from Dr. Kristi Funk. When I told her what the first doctor had said (“Breast cancer doesn’t hurt”), she replied, “Yeah, but six per cent of breast cancers do hurt.” I was in that six per cent. It just goes to show that you have to trust your body, not the Internet. Also, always get a second opinion.

My first thought when I started chemotherapy was, “Oh, no. I’m going to lose my hair.” I had super-long bohemian beach hair that I’ve had since 10th grade. It had been a part of my identity for so long, and I cried when I lost it. So you can imagine how overjoyed I was when my client and friend Victoria Beckham and her hairstylist Ken Paves surprised me with a wig Ken had made. It looked better than my real hair! I got so many likes on Facebook from unsuspecting friends that I wanted to say, “Enough about the hair, people.”

My lashes fell out next, then my Brooke Shields brows. I cried some more. Finally, for peace of mind, I chose to lose both breasts and have all of my breast tissue surgically removed. I couldn’t face a relapse.

Breast cancer takes away all of your feminine attributes: your hair, your curves, your facial accents, your period. For a long time, the mirror is not your friend. Staring into it, you don’t even see you. I especially avoided looking at myself on days when I felt good. I wanted the feeling to last. And on bad days, I adopted the mantra: “I’m going to be rebuilt by my doctors, and when I am, I’ll be healthy and more beautiful than ever.” That brought me a level of acceptance I never knew I could achieve.

[pullquote]When I told Dr. Funk what another doctor had told me (“Breast cancer doesn’t hurt”), she replied, “Yeah, but six per cent of breast cancers do hurt.” I was in that six per cent. [/pullquote]

As women, we all lose something along the way— whether it’s colour or lustre — from age or sickness. To me makeup is not just for vanity; it’s to make us feel good about who we are at every stage of life. That attitude gives us so much more mileage than trying to look a certain way or wasting energy fighting change. To me, self-acceptance is the true definition of beauty.

For an entire year, I used every ounce of strength, willpower and positivity to fight this disease, but doctors couldn’t tell me why I had cancer. Dr. Funk sequenced my genes to see if my cancer was genetic because that would determine the best treatment for me. The results showed I wasn’t remotely at risk for the disease — despite my grandmother dying from breast cancer, I didn’t carry the genes — nor was estrogen feeding my tumour. The origin of my cancer is still a mystery

I didn’t tell many people about my health crisis. However, I did confide in one or two people at Stila, including the wonderful Deanna Kangas, our CEO, who introduced me to Dr. Funk. I’m sure others suspected something was up because my schedule and my appearance changed.

To protect my positive energy, I chose to keep my cancer largely private. I found it difficult to tell those close to me because I didn’t want them to worry. Also, I didn’t want to answer questions each day about how I was doing. Most of the time, I didn’t know how I felt or even what to say. Some people asked me whether I was going to freeze my eggs or if I planned on having children someday; those things were especially hard to hear and process. I insisted on going to work most days with my game face on.

Cancer is such an isolating disease. It messes with everything: your chemistry, memory, emotions and physical strength. I slowly learned to accept my limitations—my “new normal,” as I called it. I drew strength from my husband and my mom. They were my rocks. They sat with me through every chemo session and came to every appointment, and watched movies on the iPad while I slept.

When I went to work, like I said, I kept quiet about everything because I didn’t want to be put under a spotlight. My job as a makeup artist is to make others shine. Every day, I help women feel beautiful on the outside and the inside, whether it’s by recommending a product or showing them a quick tip. That, in turn, helped me to accept that I looked different and that I should use makeup to enhance what I had, instead of mourning what I’d lost.

I may work in an industry that’s all about surfaces, but I learned that it’s not what you see in the mirror that matters; it’s more, so much more. In the mirror, I see resilience.♦

(A version of this was published in the September 2012 issue of Glow Magazine).

2 responses to “Life is beautiful”