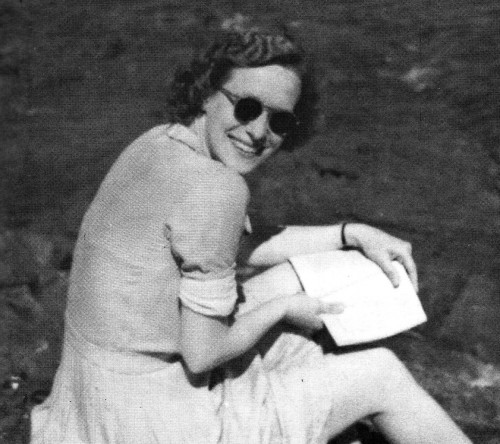 Catherine Lucy Garwood-Jones (1928-2012), Hamiltonian extraordinaire, died on Sunday, Dec. 9 after a ten-year battle with Alzheimer’s. Pre-deceased by her husband Trevor in 2011, Team “Cath and Trev” changed the face of the city they loved so much — he through architecture and she through her commitment to health care, education, music and family.

Catherine’s efforts to secure more funding and improved care for mental health patients across the province gets first billing here. Where others saw stigma, Catherine showed compassion, openness and a determination to see widespread attitudinal change towards mental health, and greater support for families. Volunteering on the Hamilton Wentworth District Health Council (HWDHC) from1976-80, and later with the Hamilton Program for Schizophrenia, Catherine was assigned to head up a community-based board to oversee funding for the first Community Mental Health Program in the province. Colleagues, including Dr. Stan Dermer, remember Catherine storming up the steps of Queen’s Park to lobby provincial Health Minister Dennis Timbrell for more funding. She got it. The “Catherine Garwood-Jones Lecture in Schizophrenia,” part of the Hamilton Program for Schizophrenia (HPS), is a testament to her commitment. This annual event, which kicked off in 1984, attracts leading scholars from around the world to McMaster University every fall.

Catherine did all this while raising three kids and working as the office manager and receptionist at Trevor Garwood-Jones Architects. Her flying fingers typed out the correspondence and specifications for every major design by her husband, including Hamilton Place, The Hamilton Convention Centre, The Art Gallery of Hamilton, and St. Peter’s Hospital.

Born October 22, 1928 in Cape Town, South Africa, the only girl in a family of five boys, Catherine moved with her parents and brothers to London, England after the war. In 1948, while attending the Royal College of Music, a dashing architecture student caught her eye at the Leytonstone Salvation Army Hall in Central London. She was standing on a ladder hanging a poster. They married in 1951 at the hall and moved to Hamilton in 1959 to begin a new life, which was soon to include three children, Peter, Richard and Alison, and years later, a cherished daughter-in-law, Doreen.

Over the years Catherine’s love of music, especially in a venue with great acoustics (like Hamilton Place), was something she shared with Trevor. A longtime member of the Women’s Committee of the Hamilton Philharmonic, Catherine and her husband were regular attendees at concerts and were huge supporters of the arts in all their forms, especially when made by their children.

The family would like to thank their friends and extended relatives for sharing their favourite memories. Special thanks go out to Dr. Kanwal Shankardass and the entire staff at the St. Peter’s Residence at Chedoke for years of loving care. Donations can be made to the Alzheimer’s Society of Hamilton and Halton. Visitation between 10:00 am and 2:00 pm on Friday, Dec 14 at St. Peter’s Residence at Chedoke, 125 Redfern Ave. Hamilton. Private service to follow.