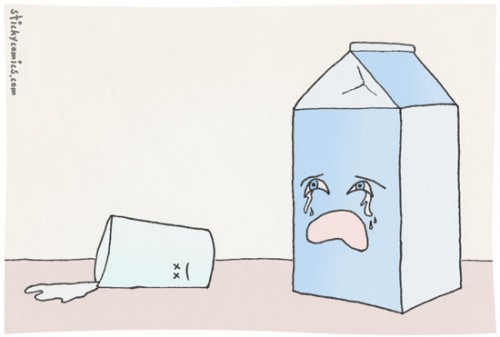 Yesterday, The Globe & Mail, “Canada’s national newspaper,”  took its literary editors, the crusty and intelligent team of Martin Levin and Jack Kirchhoff, off Books. I pounded my fist on the desk when I read this. Then I let out a cry in my condo that was heard only by the dogs down the hall. By the end of the day, word broke that Levin had been moved to Obituaries (the symbolism there is unfortunate). Kirchhoff’s new location in the building has yet to be determined (updates from insiders welcome).

What appears to be clear is that The Books Section  will be a shadow of its former self. Last year it lost a ton of weight, going from a 20-plus page supplement (like The New York Times Book Review), to a handful pages in Focus, to … well, that too has yet to be determined. But it sounds like it’s living off sugared water.

These corrections were issued at the end of the day in a letter by Globe and Mail editor John Stackhouse who claimed Now Magazine got the story wrong, sending an army of bibliophiles on a rampage through social media. The veteran writer at Now didn’t even call the paper, Stackhouse noted. He went on to reassure readers,

“The Globe is as committed as ever to both books coverage and book reviews. While space and style continue to change, the importance of books to the Globe does not. I continue to look forward to opportunities to innovate in this space as rapidly and creatively as possible, with the sort of energetic leadership that 21st-century book readers and publishersdeserve and demand.”

I hope Jack and Martin dust themselves off. Every day there’s something fresh to make print journalists uncomfortable in their own skin.

I’ve lost many writing jobs because of the economy and the rise of digital media, including a column in a national magazine shortly after the economic collapse in 2008. But even though we’ve known for years where the stampede is going too many of us are still crying, “No-o-o-o-o-o-o!” Yesterday, I noted the number of journalists screaming their disbelief on Facebook when this story broke. “Everything’s going to rat shit,” was the general tenor of the comment stream. Many of these journalists, I silently noted, were folks who have openly admitted on other occasions to no longer subscribing to The Globe.

I stopped subscribing to the paper I’ve written for many times (including full-page features with commissioned editorial cartoons) back in 2010. My reasons were the same as theirs. It dropped its freelance rates to a handful of nickels and it switched to more advertorial-style articles after the net highjacked breaking news, a move that has seriously diluted the quality of the commentary. The paper build-up on my coffee table goes without saying. But for many writers, the cachet of being in The Globe has been lost. That peaked, in my opinion, in the late nineties when competition from the new National Post sharpened everyone’s analysis and wit. What a line-up it was: Robert Fulford, Val Ross, David Macfarlane, Bronwyn Drainie … sigh.  I wasn’t even a journalist back then, just a hungry reader.

The literary geek in me misses the late nineties. Music geeks tell me they feel the same way. Music had a similar burst of creativity before Napster unearthed our cannibalizing tendencies. Today, with Books on a potentially meat-free diet, Ian Brown and Ivor Tossell are the only two reasons I’d go to the Globe‘s website, but two reasons are not enough to make me invest in the entire package. My news consumption is messy and piecemeal. Just like yours.

So to my colleagues who hiss that things like blogging are ruining us, I say, you’re right.  But, as the aphorism goes, “If you don’t like change, you’ll like irrelevance even less.” There are no guarantees of success in anything (including blogging or what follows after achieving the “All Star” status on LinkedIn), but there are even fewer results if you don’t try.

One response to “Spilled milk”