The meaning of “is”

This one’s for the ladies. It’s about all those conversations with men that make you go, “Huh?”

True story: a male philosophy professor makes unwanted passes at a female graduate student, sending her innuendo-filled texts and e-mails. She calls him on it (even shows her boyfriend the 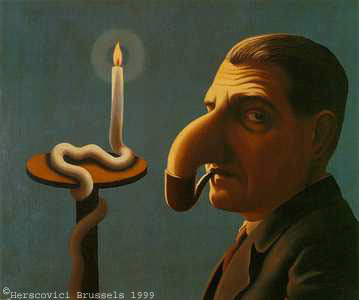 evidence). The professor refutes her interpretation of events, saying that proper understanding of their exchanges depends on a distinction between “logical implication and conversational implicature.” Exactly.

Rationalizations like these date back to Socrates and are largely responsible for the dearth of women teaching philosophy at the post-graduate level. Debating the Big Issues (life, death) share equal space, it seems, with willful distortions of the definition of harassment.

Women make up less than 20 percent of  the faculty in philosophy departments in the U.S. and some say it’s because the men encourage a debate culture that alternates between face-to-face intellectual thug fests and obfuscations so slippery it’s laughable. The motivations behind the traditional practice of philosophy are getting more and more transparent as women speak up and assert their point of view.

The parsing reached its entertaining best, you’ll recall, with a guy most of us female humanists like — William Jefferson Clinton. His answer to the question, “Is there anything going on between you and Monica Lewinsky?”  is your Saturday morning funny:

It depends on what the meaning of the word ‘is’ is. If the–if he–if ‘is’ means is and never has been, that is not–that is one thing. If it means there is none, that was a completely true statement …