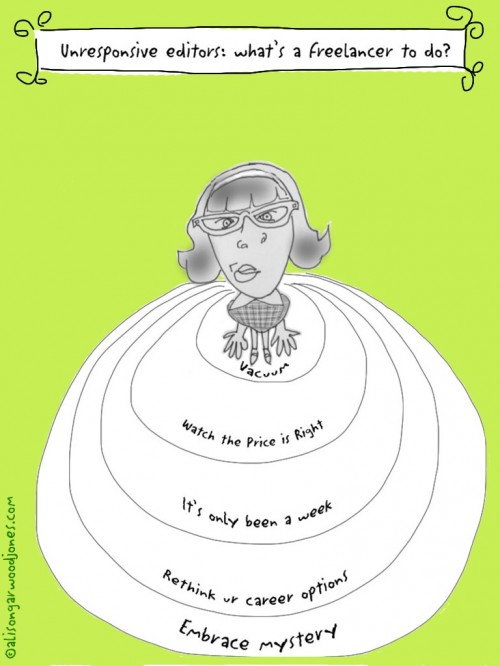 I don’t have any hard stats on this, but unresponsive editors appear to have reached epidemic proportions of late.

I know so many writers — newbies and veterans — whose pitches are being met with deafening silence. Everyone’s talking about it on the writing listservs I subscribe to. Editors, they say, aren’t even sending them the standard “Thanks, but no thanks” rejection letters.

A lot of sound advice is being offered up to explain and remedy this, including this article posted yesterday to the Canadian Media Guild’s blog. I can’t add to it except to say, don’t leave all your creativity in the hands of other people. Take one of those ideas, then write and art direct it yourself. We’re all publishers now, so get blogging.

Showcase your voice and let the magazines come to you. And if you still just get crickets, then you probably already know what you need to do.