It’s the spring of ’62 and Nora Ephron is at the wheel of a rental car crossing the George Washington Bridge into downtown Manhattan. Her mission: to find a job before she graduates from Wellesley College in a few weeks. At an employment agency on West 42nd St., Ephron tells the worker assigned to her, “I want to be a journalist.” The woman shuffles through some index cards and papers, looks up over her readers and says, “How would you like to work at Newsweek magazine?” Nora says, “Fine,” and the woman picks up the phone, makes a same-day appointment and sends Ephron over to the Newsweek Building at 444 Madison Avenue.

Here’s where Nora picks up the story: “The man who interviewed me ask[s] why I want to work at Newsweek. I think I’m supposed to say something like, ‘Because it’s such an important  magazine,’ but I have no real feelings about the magazine one way or another. I have barely read Newsweek … a sorry second to Time. So I respond saying I want to work [here] because I hope to become a writer. I’m quickly assured that women don’t become writers at Newsweek. It never crosses my mind to object, or say, ‘You’re going to turn out to be wrong about me.’ It’s a given … if you are a woman and you want to do certain things, you are 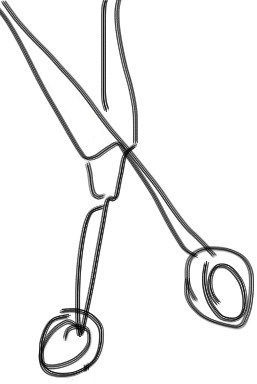 going to have to be the exception to the rule. I’m hired as a mail girl, for $55 a week.” Not long after, Nora is promoted to news clipper, “the next stage of girldom.” Armed with a rip stick, scissors and a grease pencil, she and her cohorts clip stories from the country’s biggest newspapers and file them away for the reporters. After six months, Nora is promoted again to “researcher” (fact checker), and by December of that year she is offered a reporting job, but not at Newsweek. The New York Post plucks her away.

Here’s exactly how it happens: Post publisher Dorothy Schiff reads a piece Ephron writes when she’s not fact checking stories for Newsweek. It’s a parody of Leonard Lyon’s gossip column in the Post. Lyon is not producing any columns on account of a citywide newspaper strike. Ephron and her friend Victor Navasky, the editor of Monocle, decide to fill the reading void with a bunch of mock newspapers Navasky cooks up to entertain fellow writers and editors during the strike. With persistence and boundless charm (remember: this is before Kickstarter), Navasky raises the $10,000 he needs to print copies of “The New York Pest” and “The Dally News.” This is where Ephron’s first profiles appear (if you don’t count her articles for The Wellesley News). The editors of the Post threaten to sue Navasky and Ephron, but Schiff scoffs at the idea. “Don’t be ridiculous,” she says. “If they can parody the Post, they can write for it. Hire them.” Mission accomplished. Our political science grad is a bonafide journo in less than a year.

It’s the spring of 2003 and I decide what I really should be is a journalist, not an academically-minded art historian. Flipping through  Toronto Life magazine during a long subway ride to the Yorkdale Shopping Centre, I see a Marketplace call for “INTERNS” tucked in between an ad for a litigation lawyer and a high-end matchmaker. It says to ring the magazine at 416-364-3333 and state my address in exchange for an application package. I call from my landline the next day, a package arrives three days later, I complete a hefty editing test, mail it in (that’s right I snail it) and get word a month later I’ve nailed it. I report for duty mid-September.

Being female isn’t a problem like it was for Nora, except when editor John MacFarlane asks me during an introductory one-on-one why I’m not in broadcast? This offends me. I want to say, “Because I don’t want to join the hair and teeth crowd,” but I don’t (partly because John has great hair and teeth). Instead, I reply in a voice smaller than my own, “I don’t want to read cue cards, I want to write features.” He takes it in, and the episode becomes a blip in my time there.

I learn a lot from John and work with almost all the editors on staff. The ratio of female to male editors is a whopping 10 to 4, but more big stories are authored by men. In a short piece, I need to confirm some facts and quotes with lawyer Clayton Ruby. I call his office and get it done before lunch. This puzzles and amuses my handling editor since big time lawyers aren’t known for promptly and cheerfully participating in fact checking with smart-ass city magazines. Naivété and dumb luck are on my side. And sometimes they’re not: in the very first story I fact check — a front-of-book profile of film director Sudz Sutherland — I read the entire article to Sutherland and finish with, “Does that sound right?” That elicits a raised eyebrow from my editor. I don’t do it again.

I write some bios for the “Year That Was” issue (December), including a couple of mini-profiles on Sheela Basrur and the Asian beetle, then feasting on the city’s trees. A third profile of Norm Gardner, Chair of the Toronto Police Services Board and a notorious problem child (in 2003 proportions, not 2013 Fordian proportions), makes executive editor Angie Gardos laugh. “You’re a good writer, keep at it,”  says Gardos as she drops off a stack of copy for us in the intern cupboard. Hearing that, Ken Hunt, a fellow intern and published author, turns around in his swivel chair and says, “You’ve got it made.” Today Ken is VP of Digital for St. Joseph’s Media, which publishes Toronto Life. None of this surprises me. Interning with Ken — who’s still a good friend — feels like an episode of Reach For The Top. In fact, any time you’re in Ken’s company means that every cell of your body is on high alert to whack the buzzer first. I tell him as much and Ken says he was on that show and his high school team were champions under his leadership. I leave Toronto Life after four months, return to my bar job at the Bier Markt and six months later I’m headhunted to be managing editor of a health magazine. Our art history grad is a bonafide journo within a year.

Nora waltzed into journalism at a time when there were no J-Schools or intern programs. You didn’t have to obsess over your résumé because general career counsellors could broker interviews for you with chain-smoking editors. The process was more random. Walk ins could talk their way in. Forty years later, I broke in at a time when competition was fierce and candidates were vetted based on their résumés and results on a detailed editing test. Getting in was like getting a coveted acceptance into the Skull & Bones secret society. Once in, the ladder was yours to climb.

I should say, we didn’t work for free, and neither did Nora. She made enough as a clipper and fact checker to pay rent for a room in this white brick apartment in SoHo. We were paid $500 a month, which wasn’t bad when you consider I was shelling out $650/month for a nook in Cabbagetown. I supplemented the rest of my expenses through hosting shifts at the bar.

Interns at Toronto Life stopped being paid a few years ago when “free” became the preferred business model of the social media landscape. This may not last. The practice of replacing paid entry level employees with an army of well-heeled interns who perform substantial tasks for free is under serious review. Two weeks ago Condé Nast cancelled its entire internship program because publishers didn’t want to risk any more law suits from disgruntled interns. It’s heartening, albeit a bit disingenuous, that the interns who completed these programs are the ones leading the charge. Still, somebody has to shine a light on what’s happening.

Today, wannabe journalists are jockeying to break in from two-tops at Starbucks. Instead of writing intern tests, sidling up to editors in elevators or walking into brick and mortar employment agencies, they’re blogging about popular culture and instagraming their personal lives, then linking to magazines to alert them of their digital presence. Essentially, they’re saying, ‘Catch me if you can’. The power shift is real. If  you’ve got voice, editors want you because their publication needs to purchase your audience. And if your image fits theirs, sometimes they’ll sign you on regardless of whether you’re making a genuine contribution to the public debate. That “rich sense of the transaction between writer and reader” that William Zinsser talked about in reference to good thinking (always the essence of good writing) has been replaced by another kind of transaction: the buying and selling of followers. The urgency to keep writing for many of these bloggers doesn’t stem from any real interest in ideas or a burning need to understand the human experience, but, again, from a condo-flipping sense of momentum and excitement that comes with being wooed by competing companies who want to buy them out (sometimes for millions).

Is it any wonder, as Nora asked, that blogs have such a limited and overrated relationship to the truth? Or that the line where journalism ends and blogging begins is so muddy. In democratizing opportunity, we’ve lost the story of ourselves.