Having an unusual name is like hitting the jackpot from a search engine standpoint. There are plenty of Alison Joneses in the world, and even more when you throw in the alternate spellings of Allison/Allyson/Alyson/Alisson. But Google suggests that I am the only Alison Garwood-Jones.

I went to high school with an Alison Jones, a star field hockey player with a shiny bowl cut. After graduation, rumour has it she started running with a crowd that convinced her to change her name to Siobhan. I never heard about Siobhan again in alumni updates. I hope she’s happily middle aged. Alison Jones is also the name of the publisher of the Quill & Quire, the Toronto-based trade magazine covering Canadian book publishing. Back when I was regularly writing for Quill, the publisher released a note one day acknowledging our situation with a cursive hat tip.

If social media’s tagging, likes and shares start making SEO rankings irrelevant, as some are predicting they will, the Garwood tethered to my Jones will cease to be algorithmically auspicious — and that’s ok. I live and die by the singularity of my content, not my name.

But maybe you’ve wondered, why the hyphen and who’s Garwood? It’s not my married name.

Alison Catherine Garwood-Jones was first printed on my passport back when the soixante-huitards were beating down doors and fences. My hair in that passport was, like now, Barbara Feldon short  — although not by choice. It was all I’d been able to grow since my arrival on planet earth.

I should also point out, my double-barrelled name is not proof of my lifelong association with the Town & Country set. I’m sure I could have gained acceptance into that  tribe if I’d chosen to play my cards differently, like blowing  all my savings (or someone else’s) on a Cartier tank watch and equestrian boots. I ended up instead chasing words, not money (and men who like words, not money).

Jones was the name of my dad’s family, plus about one quarter of the population in the British Isles in the last century. And no one was trying to keep up with them. These Joneses were a tribe of fun-loving Brits who, through the teens and early 1930s, travelled the English countryside in a Barnum & Bailey horse drawn caravan. Yes, my forebears were carnies. When my dad was a little boy growing up in various villages outside of London he often recalled his seven uncles and aunts pulling up to the house in the caravan and noisily spilling out and onto the nearest tree limbs and fence tops, where they would swing and do tightrope moves. The circus (of Joneses) had come to town. 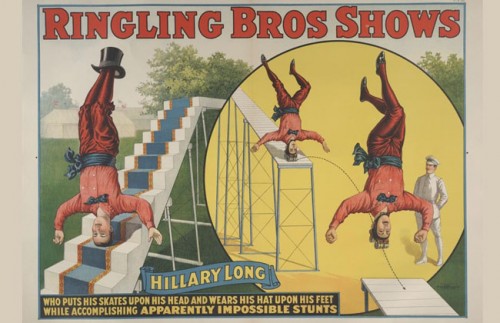 Hillary Long was not one of my relatives, but they were probably like him.

Uncle Johnny on trapeze was the biggest show off of them all, and the one the ladies loved best. He drank, smoked and slicked back his black hair while practicing and performing in tight cotton onesies. When I asked my dad if any of his aunts had grown a beard for the act, he laughed hard but never confirmed.

Grandpa Maurice (Dad’s dad) was the only sibling who wasn’t in show business. He chose, instead, to became an engineer and married Maude Alice Hartop (nicknamed “Jo” because she and her friends were so intense about  the Little Women storyline). Jo’s mum died in childbirth. Her dad remarried and  ran a popular musical instrument shop on a bustling street in London. I wonder if it was on Tin Pan Alley?

Jo grew into a Gibson Girl and became a bike riding telephone operator back when the switchboards covered the entire wall and phone calls were connected via thick cables. Jo, being a suffragette, thought her sons should carry forward her family names too, so my Dad became Trevor Garwood-Jones (named after her mother’s family name) and his brother became Maurice Hartop-Jones, named after her father’s family. She loved drawing and music and the poems of the prophet Kahlil Gibran, and she loved that I loved all this too. 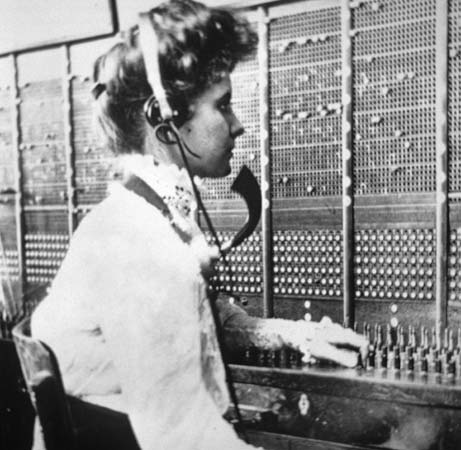 This is not grandma, but it was taken during the time when she too was a switchboard operator. 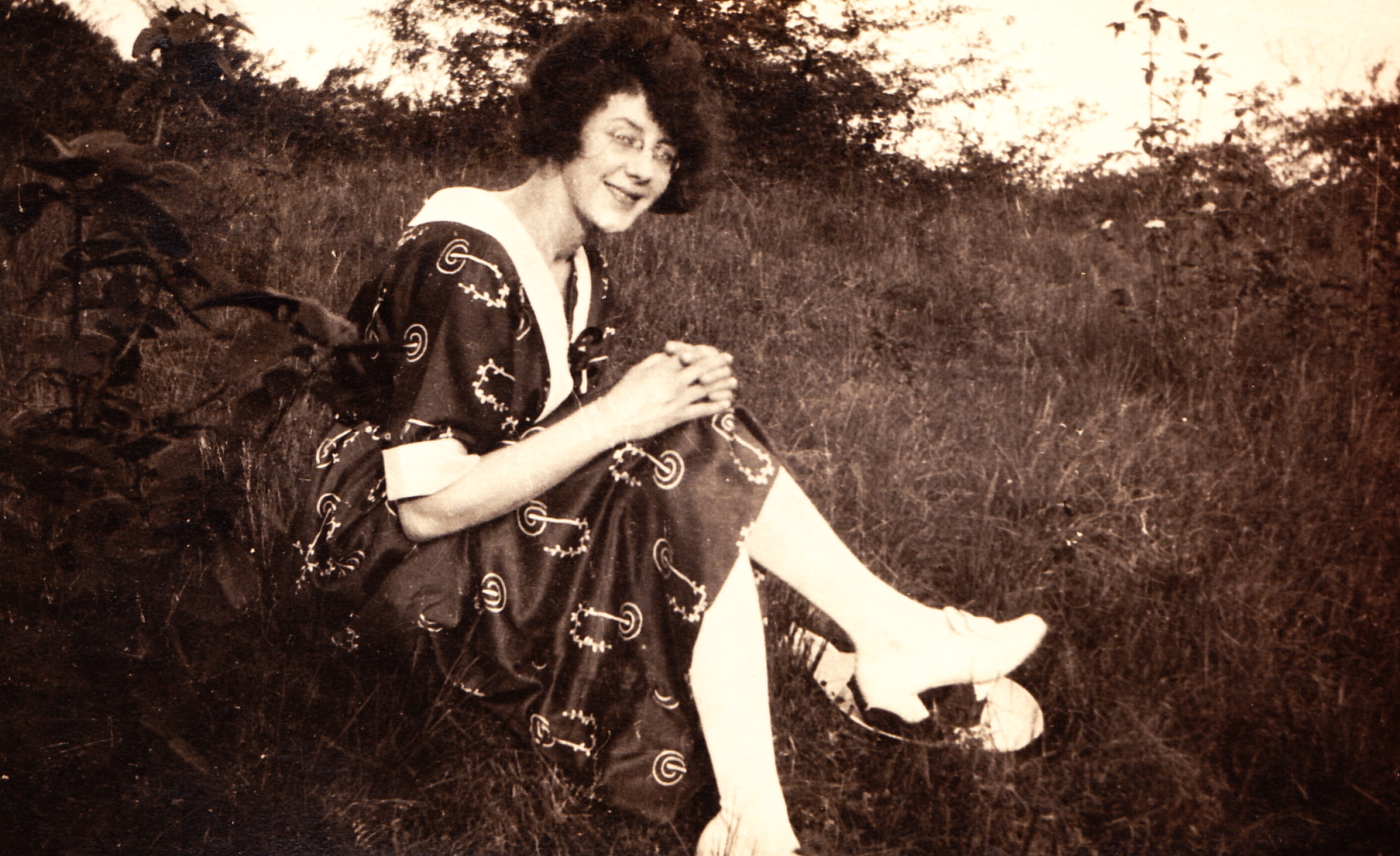