Sara Angel is one of Canada’s leading visual arts journalists. Her latest vision, an online art museum, re-imagines Canada to the world through the works of our best painters and photographers. I sat down with Angel last fall to to find out how she coaxed Canada’s top museum directors to finally crack open their vaults and put their collections online. It’s been a longtime coming.

All photos by David Hou; Designed by Stuart Thursby 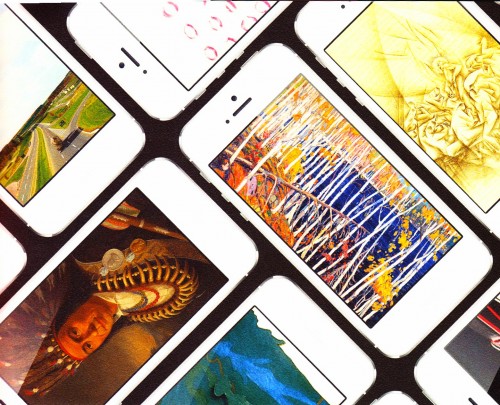 The best ideas are always the most obvious in hindsight. For Sara Angel, arts journalist, publisher and now Trudeau Doctoral Scholar in the Department of Art at the University of Toronto, her idea was simple: create a go-to website dedicated to Canadian art history, then go live to the nation’s computer screens, tablets and smart phones with a lineup of our most iconic works. Twenty years into the internet, you’d think we’d have this resource by now. But our spotty digital presence gave Angel — a self-described cultural nationalist since her days working the floor at Edwards Books & Art, her parents’ Toronto bookshop — the perfect excuse to invent the job she’d always wanted: re-imagining Canada to the world through our best painters and photographers. “I kept saying to myself, This needs to exist and how can I make it happen?” says Angel, living proof that necessity is still the mother of invention.

The nerve centre of the operation is the Art Canada Institute (ACI), a not-for-profit research organization Angel founded at Massey College, U of T, and affiliated with the Canadian Studies Program at University College. Starting this fall, Angel and her team of ACI writers, all top curators and professors from across the country, will unveil a series of 10 e-books a year on the work and lives of Canadian artists. If you thought Lawren Harris’s icy peaks looked good in person, you won’t believe their visual impact on iPad and smart phone screens. As Angel points out, museums from New York to Amsterdam are finally realizing that giving the public free access to high-res images of their collections is in their best interest — and, besides, they’ll never hold back Google.

In addition to the e-books, ACI plans to publish more in-depth printed monographs (yes, actual books) on artists based on what takes off in the e-book series. It will also curate online and real time exhibitions and symposiums in collaboration with Canadian museums and galleries. And perhaps for the first time ever, secondary schools from Port Alberni to St. John’s may actually start teaching Canadian art history to school children after teachers receive the online art curriculum Angel and her team have pulled together. “The French teach their children about the Impressionists,” says Angel, why can’t we teach ours about Tom Thomson? 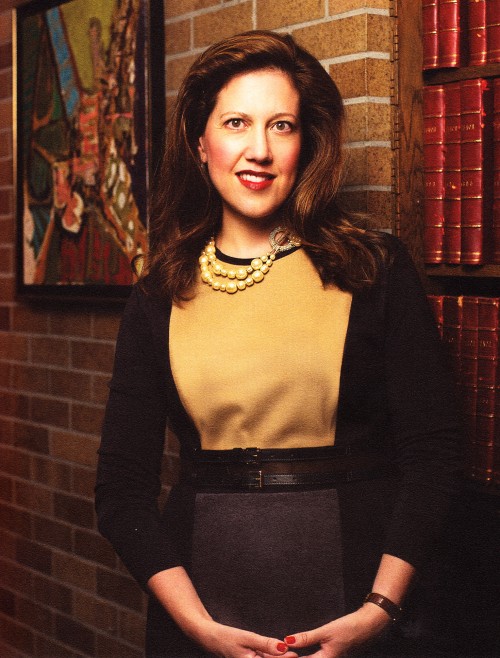 Signing up for a Ph.D after a 20-year career as a publisher, editor and journalist was both a longtime dream and a well-thought out strategy for Angel (above). Only with the proper academic credentials could she gain regular access to archives and vaults she depends on to build her vision. Also, there’s also a nice continuity to having the ACI at Massey College. Governor General Vincent Massey set up the college 50 years ago this year to provide, as he said, “an interface between town and gown.” Angel explains: “He wanted the gowns to bring their best ideas to the town and the world.” But whereas most academics would slip into abstract “art speak” and alienate the masses, Angel plans to hang on to her accessible journalistic voice and encourages others to do the same so they can give the country what forerunners like Pierre Berton managed to achieve in print: cinematic narratives of identity that just happen to be rip-roaring good reads. No slouch herself in the popular history realm, through her imprints Otherwise Editions and Angel Editions Angel has produced and curated runaway best sellers including Canada: Our Century (1999), The Trudeau Albums (2000) and The Museum of Canada: 25 Rooms of Wonder authored by Charlotte Gray (2005).

All are visual eye candy but the last one, in particular, served as the germ for her dream of building an online museum. “Canadian museums,” says Angel, “have yet to use online technology to the best of their ability to promote their own collections, and that’s unbelievable because all of that is possible now.” Angel thinks it’s because museums are still operating on an 18th century model. “The model hasn’t changed since the French Revolution, which is: erect a building, collect the stuff and the people will come. Clearly we’re not living in that sort of world anymore.”

Whereas, at one time, Canadians could be forgiven for their loose sense of community and lack of cultural awareness — this is what happens when you’re a sparse population divided by mountains, prairies, forests and great swaths of frozen desert — the internet has erased those divides and every other excuse we could think up or hide behind (the US). Digital technology is challenging us with an Expo ’67 sense of excitement and futuristic urgency to show up and represent. Directing the online art pavilion is Ms. Sara Angel, not just a boundary pusher, but a boundary eraser.

This article appeared last fall in the magazine, Canadian Fabric.