When my story pitches for magazines or newspapers tank, it’s usually because:

2. The story is good, but my pitch sucks.

3. My editorial connections are too thin.

4. It’s already been done (and, tut tut, I should have known that).

5. It’s a good pitch, but the wrong magazine (and shame on me again for not studying more back issues)

I’m starting to think that none of the above applies to a story idea I’ve been sitting on for months. A producer/documentarian I was introduced to last fall is working on the first ever interactive documentary specifically formatted for the iPad and she wanted some coverage in legacy media. The story is cool, she’s cool, and the whole package has tons of “Now” and “Wow.” But every Canadian and U.S. magazine I pitched either said, “Yeah, maybe” (and never got back to me), or they said nothing at all. Even when I pitched it as an online news feature.

While I was waiting for editors to bite, I followed how the documentary was coming along on social media — it’s debuting in October both on TVO and via a an app — and I think I finally know what’s wrong with my pitch: this story doesn’t need me.

At the same time I was interviewing this talented documentarian in coffee shops and at her home office, she was overseeing a campaign of regular and highly engaging tweets, blogs, video teasers and Facebook posts, leaving no stone unturned about her challenges and incremental victories. I tried to find angles that she hadn’t covered, but the moment I thought of one she wrote about it. So here I was competing with my subject for scoops! Did I resent her? How could I? I loved what she was doing. Showing your progress online is how you gain support, traction and publicity for a project. Holding your cards to your chest and being all secretive until the big reveal is so old school. 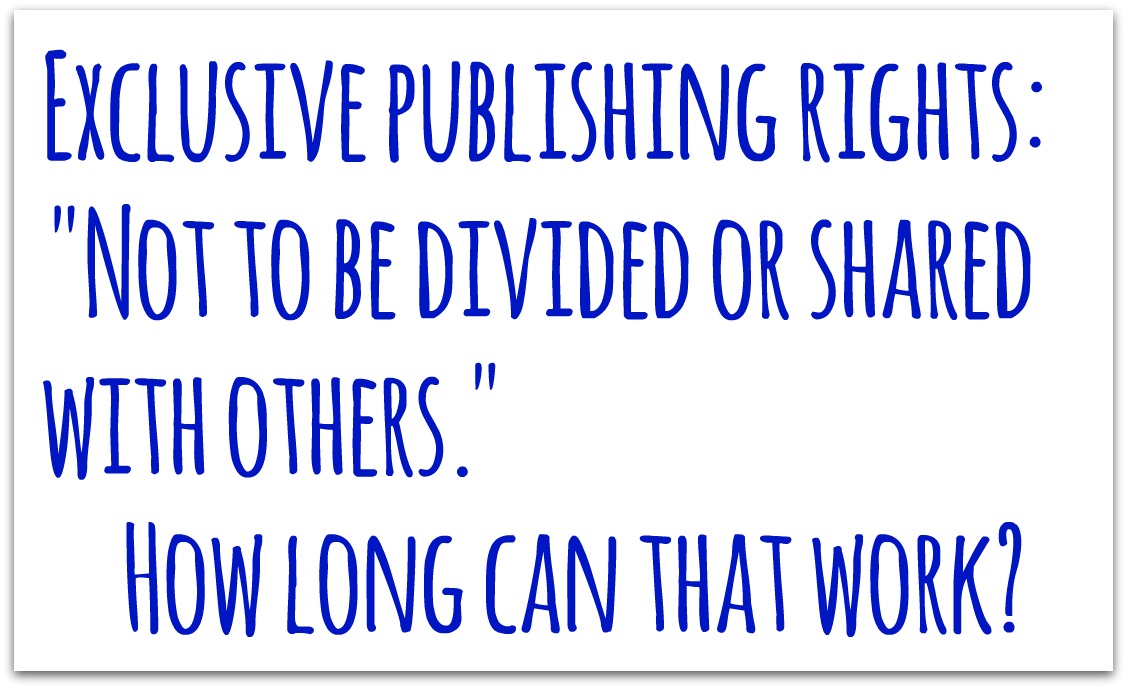 What I’ve learned from this experience is that the challenges facing legacy media aren’t just about advertising and switching to new distribution channels, they’re also about accepting the changing nature of exclusives and the rise of DIY storytelling. For the first time in my career, I knew what it felt like to be the “middleman” between a subject and her work. And we all know the fate of middlemen in the internet age (just ask the music industry). Even PR people have slowed down brokering relationships between journalists and clients. Now they are spending more time coaching brands and startups on how to become the hubs for their own storytelling. Martin Waxman, one of the smartest people I know in communications strategy, said it best,

“These days it’s not enough to be in the news, [startups and brands] need to create, produce and share it. And in order to do that you need to think like a newsroom and amplify stories via social and digital channels.”

I’m still hovering over the “think like a newsroom” part. I met Martin when I was an editor at Elle and he was the head of a PR agency that handled many big-name beauty accounts. I wrote a lot of service-style journalism based on the stories Martin and his team shared with me. Martin abandoned old-style PR, however, the moment he clued in to the power of social media. He adapted to the new landscape way, wa-a-y earlier than most of his colleagues, many of whom were still stubbornly advising clients to stick to a broadcast model of communication — you know, the old “spray and pray” approach. Now Martin is showing brands how to ditch the press release and be their own storytellers. “Start on the inside with a publishing strategy, an approach to content that’s based on what you do better than anyone else,” he told a crowd in Las Vegas last week at the SXSWV2V conference for startups and innovators.

After I left Elle, I my output of service journalism — what today we call “sponsored content” or “brand journalism” — slowed down to nothing as I set my sights on writing more stories about culture, technology, design and human nature. The thrill of writing advertising copy was short-lived for me. That’s why I’ve never had a problem with brands taking over their own storytelling or pulling former journalists into the fold to push out their content, so long as those former journalists only write sponsored content and don’t straddle between that and covering hard news (another post entirely).

But sponsored content isn’t the only storytelling switching hands. Now the stories that are really worth telling, stories of human innovation and stories about people’s struggles and triumphs, are becoming harder to place in magazines as the number of voices telling those stories multiplies.

The predictions were long in coming and I’m finally bumping up against legacy media’s stipulations about lead times, breaking news and exclusives, all of which are totally at odds with the sharing, slicing, dicing, repurposing, in-progress (“Open File”) spirit of online storytelling. I mean, here’s the definition of exclusive publishing rights: “Not to be divided or shared with others.” How long can that work? And are magazines going to keep turning down stories just because the people at the centre of the story have been blogging and tweeting about their work from its inception?

The internet has changed our relationship to the history of ideas. I don’t know how magazines will adapt to that. Maybe it doesn’t matter. I’m in another headspace now: the open, freeform world of blogging and updating.