When winter leaves, Canadians, for the first time in months, can take their hands out of our pockets, straighten their shoulders and look up. No need to act like battering rams against the cold.

The dog park is one of the first places I go to celebrate the glowing effects of the earth’s new position. But Spring is best experienced without Mark Zuckerberg. It requires all your senses. I don’t know about you, but my phone robs me of my sight and hearing. I also hold my breath when I’m scrolling through emails or looking for red dots to open on my Facebook dash. I actually deny myself oxygen.

Here is a replay of a vignette I posted two years ago about the here and now of friendship. 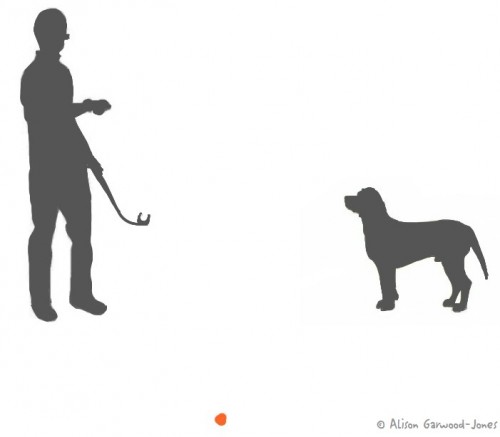 It’s Spring. A man opens the gate to a dog park and Rover runs in, ears flying. The man raises his “Chuck It” Launcher and hurls an orange ball across the dirt pitch. Rover drops his leg and runs like a maniac to retrieve it, then runs back just as fast and skids to a halt at his master’s feet as a cloud of red dust rises around them.

The man repeats this four times. At this point, Rover’s eyes are sparkling with engagement, his tongue is out and hanging heavily from the side of his mouth while his tail keeps time like a feathered metronome.

On the fifth throw, the man’s smart phone sends him a text chime and he lowers the launcher to see who it is. Rover stands motionless panting and anticipating the next round of fetch. When the wait goes on a bit too long, Rover barks to get the man’s attention. The man looks up, flings the ball, then resumes scrolling on his phone.

The ball lands with a thud across the park, but Rover is still standing motionless in front of his master. Not long after, his tail switches off. The game is over as far as he’s concerned. Why? Because dogs don’t care about chasing balls. They care about engaging with you. Children and spouses are remarkably similar. And equally needy.