I was never a journalist

I’ve never defined myself as a journalist, not with every fibre of my being. I’m no Christie Blatchford. Robyn Doolittle, I’ll never be. 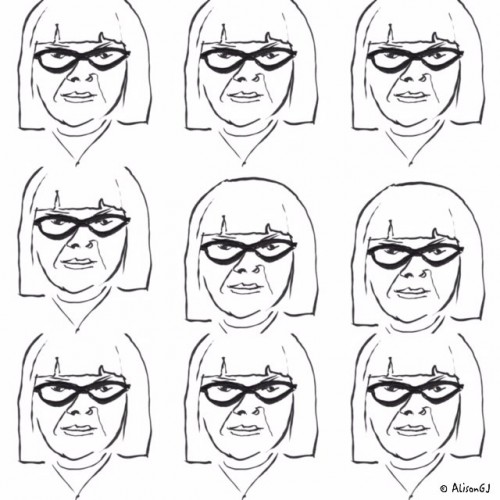 For a while, I called myself a “journalist” when I typed it in the headline of my LinkedIn profile. But it was always a bit of a stretch, so I took it out this weekend and replaced it with the more rootsy descriptor, “Writer & Illustrator.”

We all know that the field of journalism is burning like Imperial Rome. But that’s not why I decided to mess with my searchability in LinkedIn’s employment algorithms. Nor am I running from a crisis or towards a more winning team. The change felt more like a reality check.

The truth is, I’ve never tried to fit “my definition” of a journalist which is someone who covers City Hall, follows the footsteps of the powerful and exposes human entanglements with the seven deadly sins to an incensed public and a busy court system.

Writing about a lipstick or smart phone that a company has sent you isn’t journalism, it’s branded content. Ten years ago, when I was doing it, no one called it that. Back then it was called “service journalism,” a term that shows just how thoroughly bloated the industry had become.

When the fire engulfing journalism finally runs its course and the land cools and starts pushing up small flowers, let the journalism that grows back stay focused on investigations into how society is running and being run. And let the public pay the journalists who are doing the best work dissecting it. We have the online tools to enable that direct exchange, and have had them for some time. Someone just needed to step up and away from the holding companies and government corporations enveloping the field.

Jesse Brown’s Canadaland podcast and website are doing it. His work is journalism’s next incarnation — by, for and of the people. Let’s keep it lean. Lifestyle writers, meanwhile, should continue to look for positions at branding agencies, not newsroom floors (their seats are long gone).

Meanwhile, I’m still turning both shoulders squarely towards what’s dear to my heart. As with all life edits, we cast off the things that don’t fit as well as they used to—sweaters, jeans, titles, identities. “Writer & Illustrator” is truer to who I am and have always been. “The Queen of gentle misfits,” is how my friend Melissa described me last week on Facebook. I agree. But gentle is simply incompatible with the needs of good journalism. Although it’s completely aligned with mine.

3 responses to “I was never a journalist”