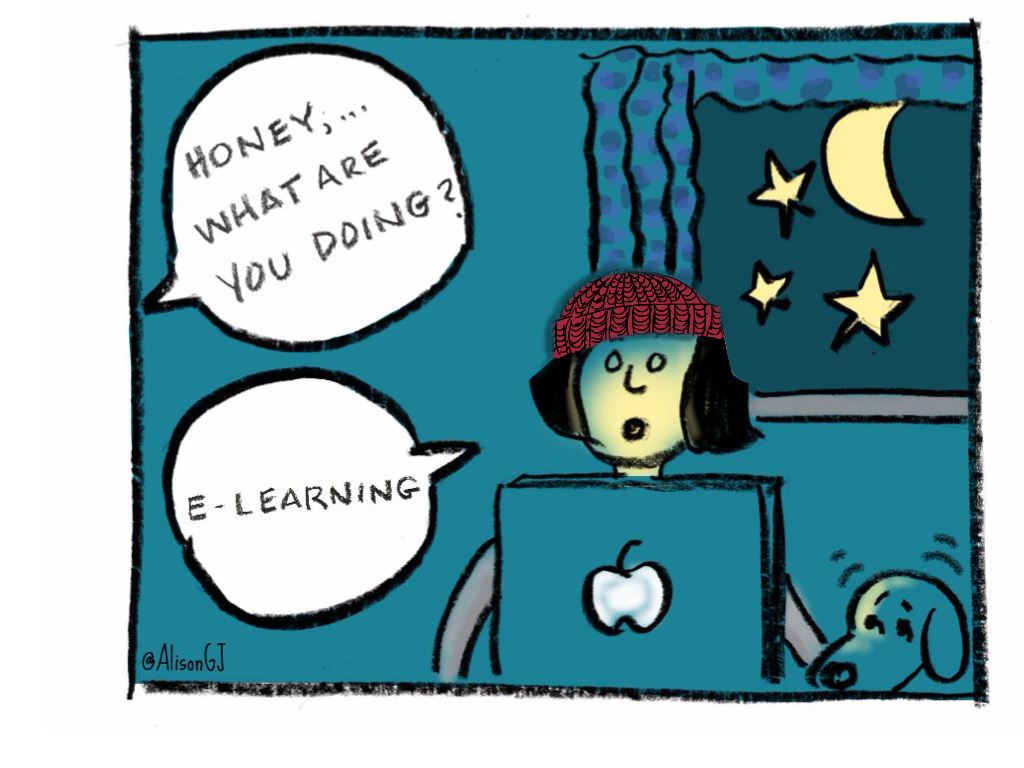 There are a lot of folks out there doing a skills pivot on their own time and dime.

They’re saying yes to mastering data science and website design, and no to obscurity and unemployment.

They’re plowing through long lists of recommended readings, and using Darwin’s Origin of the Species as the manual to justify preparing for an uncertain future.

Adaptation, iteration, intersection, reinvention, retooling: these are the most insistent words in our collective vocabulary today.

But another word trending in big urban centres is “Brave.”

According to my sources in L.A., “Brave” is being tacked on to all sorts of sentences and situations. (h/t Christina Walkinshaw for this update).

“I just paid my iPhone bill.”

“I ate a giant stack of lingonberry pancakes for dinner.”

“I picked up my first web design client!”

“Brave!!” trills your chorus of friends.

I like how language changes to reflect the concerns of the masses in good times and bad.

“Make love, not war,” said the hippies through the worst moments of the Vietnam War.

“Watch the fro,” said African Americans through the sixties and seventies, as if a dent in their painstakingly picked afros ranked higher on their list of concerns than an entire culture that felt justified physically manhandling them at every turn.

Of course, a pick lodged in a fro symbolized a collective No to oppression and a collective Yes to strength, self-reliance and self-determination.

Today’s “accessories” for the changing workplace are big, bushy beards and lots natural wool (both jackets and knitted hats) — all things we associate with greater warmth and protection against harsh conditions.

And we can’t forget the chunky, dark-framed glasses that many people are sporting. To me, they say, “I’m smart enough to figure my way through this.”

You wear them even when you’re not sure that’s true.

But, heck, it worked for Philip Johnson. And Iris Apfel is killing it in her chunky frames. At 91, she’s seen more change than all of us.

I drew these frames with with a Pentel brush pen.