Observation is my primary occupation. It takes on many forms: writing, drawing, and now videos.

While most people have been video DIY’ers since 2005, when YouTube launched, I only took to the form when the story I wanted to tell needed video effects to lift it off the ground.

I prefer to be led by an idea, not seduced by the availability of simple technology.

In the meantime, thank you to Wideo, an animated video creation platform based in Buenos Aires, for asking to feature my work on their blog. 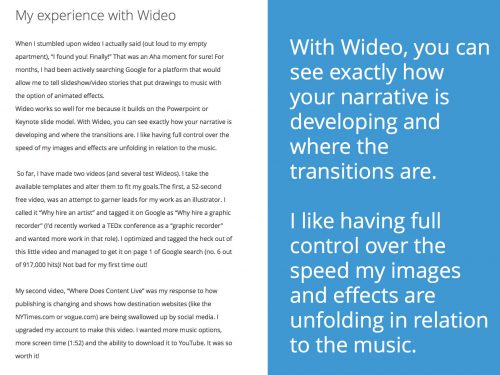