I let my dad down.

Trevor was an architect, and earlier this week one of his modernist designs, the Fawcett House (1966), was torn down to make room for something new and improved.

Thomas Allen wrote an eloquent and heartfelt lament about it in The Inlet, saying, “the tranquil courtyard, barrel-vaulted roof with celestial windows, midcentury interior, and austere brick exterior were strong symbols of modernism. Now it’s just a hole in the ground with a pretty view.” 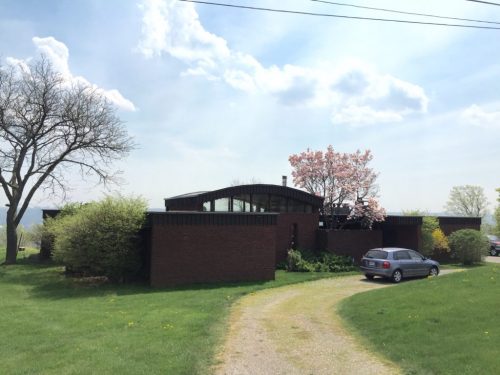 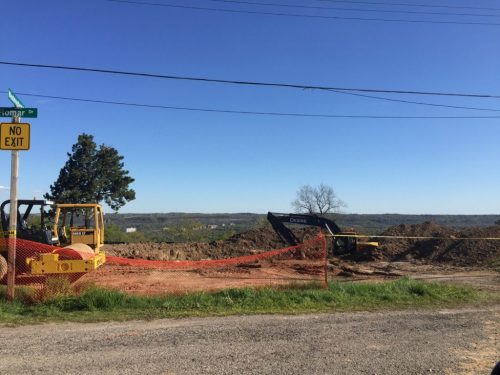 Site of the former Fawcett House (1966) by Trevor Garwood-Jones. Photo by Thomas Allen, The Inlet

It wasn’t that long ago that my dad and I were in the car driving past Hamilton Place when he said, “If they’re about to tear down one of my buildings, Alison, make sure you and your brothers fight it.” I imagined us, at some future date, marching around the streets of Hamilton on our way to wherever it is that you go when you protest thoughtless development.

I best look into this now so I’m not caught flat-footed next time.

Dad and I had a lot of “after I’m gone” talks in the car. That’s why I feel like I let him down. I didn’t hear about the fate of the Fawcett House until Alex Bozikovic, the architecture critic at The Globe and Mail, tweeted me the link to Thomas Allen’s piece in the Inlet.

It didn’t occur to me to push for a heritage designation on the Fawcett House. Maybe that’s because I’m busy living life. Or, maybe it’s because that would mean putting a timestamp on my own chronology. It’s too soon.

My brothers and I grew up on Romar Dr. in a cookie cutter sixties bungalow right next to John and Mary Fawcett’s home. We shared that great view of Dundas from atop the escarpment at the Sydenham Hill. The Fawcetts and my parents loved how the panoramic living room windows in both our homes acted like the windshield of an airplane hovering over the city and rolling valley below.

My parents marched us kids through the breezy couryard and under the barrel vaulted living room of the Fawcett House only a few times. I remember seeing a pot-bellied stove in one corner, which felt odd in a modern home. 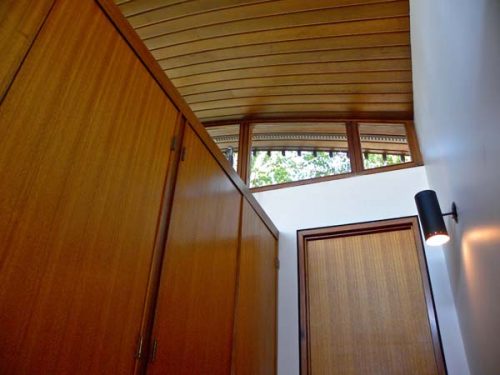 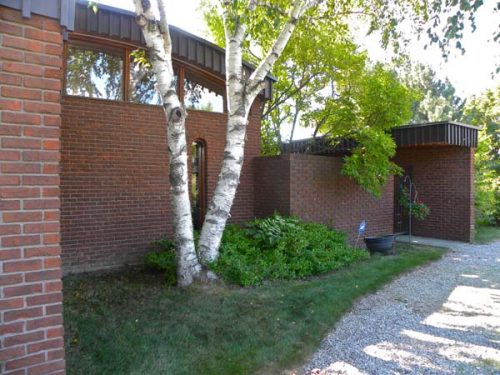 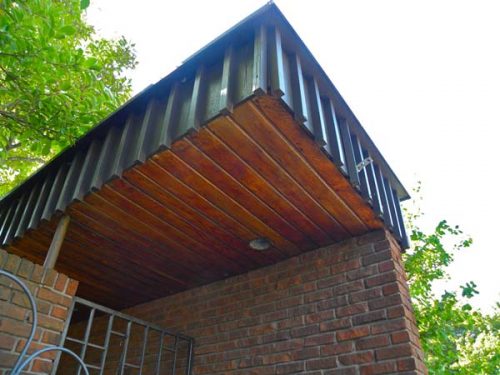 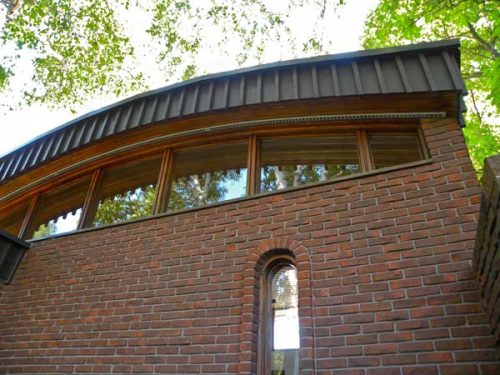 I spent most of my time outside the Fawcett House, playing dolls in the long grass. I learned how carrots grow sitting in the dirt of Mary Fawcett’s vegetable garden, while she tore at the earth with a garden claw.

Mary was a working mother of four boys. When she wasn’t nursing, and later teaching nursing at McMaster University, she baked a lot of blueberry pies and delivered them across the field between our two houses. In keeping with the times, she wore a lot of pedal pushers and checkered kerchiefs. And her cheeks were always flushed. Apart from my mother, she was my first introduction to a woman who moved with purpose in and outside the home.

Even at four, I took those pink cheeks as a clear sign that women can and must do a lot.