At some point, anguish over process overtook the focus on stories in the online world.

Tina Brown made this observation this week on Alec Baldwin’s podcast, Here’s The Thing. 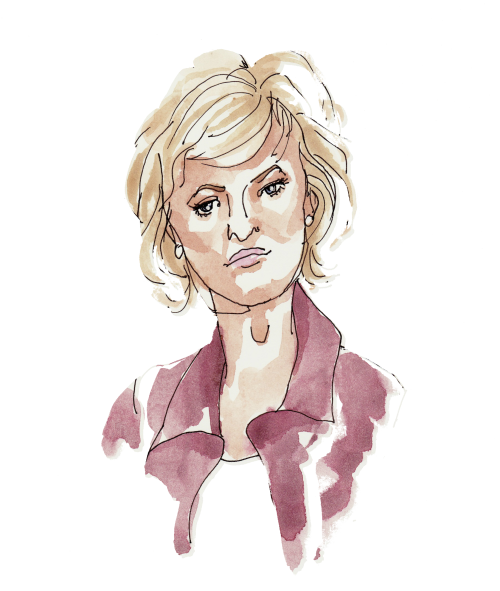 What Brown said was, “It’s no longer about stories and pictures and captions and words, which is what I love to do. Now it’s: How am I going to get the revenue stream? What’s the digital platform? [There’s so much] anguish about process as opposed to stories.”

But this was not about a legacy media legend scrambling to understand swipe on SnapChat. Brown’s instincts about the future of media and storytelling are as sharp as ever.

What Brown meant was that when the terms set by our digital landlords (Facebook, Instagram, LinkedIn) are in constant flux, our jobs become figuring out how to keep our stuff in front of the audience we thought we had.

When you spend all of your time and creative energy plotting distribution, the quality of what you are making will inevitably suffer.

And yet we continue to extoll content, with the oft-used phrase, “Content Is King. Distribution is Queen.” Before long, the queen will force her king to abdicate.

“Groups of up to 30 Instagrammers work with each other to comment on each other’s posts on a daily basis. The idea is to hack Instagram by increasing engagement. Because of the way Instagram’s algorithm works, this leads to Instagram “favoring” pods, which means influencers in pods often appear in the Explore tab, leading to more visibility.”

Creative freelancers see comment pods as a matter of survival. Closed Facebook Groups allow them to learn the ins and outs of joining comment pods and making them a part of their digital strategy. “Many rules govern pod behavior,” says Pathak. “Comments should be at least four or five words. Emojis aren’t good enough. Avoid language that is too generic, like “love it.” Don’t post in the pod — just direct people to your account because a “like” inside a comment thread doesn’t count toward total engagement.” It’s a lot of work.

Pathak included a screen grab from the comment section of one of these Facebook Groups, where a food blogger credited her media friends (not engagement from her actual target audience) with artificially boosting her followers.

It’s called “engagement farming.” None of this behaviour is new. Remember content farms?

But back to Tina Brown. She has always believed in distribution and spinning-off brands into other media formats. When she was editor of The New Yorker, she said: “I had this fantasy of an extended media laterally: I wanted to do radio, books, TV shows all out of the The New Yorker brand.  And Si Newhouse for all of his wonderfulness, did not get that. That’s where he stumbled. He didn’t understand where we were headed and Condé Nast missed the trick when it came to getting ahead of that curve. I saw it, but probably too early. I sounded nuts [to him]. It was like, “Settle down and do your magazine and go have lunch with Updike.”

Brown left The New Yorker when Harvey Weinstein promised to help make her vision a reality with Talk Magazine. It was a disastrous partnership, and Talk failed after two years.

Today, Brown has returned to telling stories, but not with pictures, captions and words. She’s a big believer in streaming live events.

In 2010, Brown started the Women In the World (#WITW), an annual summit which “convenes women leaders, activists, and change-makers to share stories and offer solutions for a better life for women and girls.” It now operates in association with The New York Times. In this #WITW interview, Brown talks to Prime Minister Justin Trudeau about his feminist agenda.

When Brown looks at the lateral moves of The New Yorker today, she applauds her successor David Remnick for putting as much creative energy into his podcast as he does in print. “They should do more [podcasts]. All of these brands are being rethought against the clock.”