The rebirth in failure

This is post was first published eight years ago. Egads, I’ve been blogging a long time! Some people said  it made them feel hopeful — even brave. Your morning dose of hope.

The ability to focus and commit to something through thick and thin is a quality I admire. Writer and comedian Craig Ferguson describes his route to success, saying, “I kept failing until I didn’t.”

But the ability to court failure after experiencing success fascinates me even more. Here are a few examples of established successes who pushed themselves in unexpected directions and put experimentation ahead of standing ovations. For many, confidence didn’t pull them through, feeling lost did. It fueled them to find a new focus in life.

Nicole de Vesian: At 69 she spiraled into a deep depression after the death of her husband. Her friends were scared for her. After a stellar career as a designer at Hermés, de Vesian lost her passion for living and loving, and abandoned the projects piled up on her desk.  She left Paris and retreated to Provence, finding solace in the sunlight and flowers of this mythical corner of France.

De Vesian never went back. She changed her focus from luxury textiles to designing gardens and made communing with nature her new life and career. She collected  and hauled rocks like some women collect gems, and spent the autumn of her life feeling more alive than she ever had.

Pablo Picasso: He copied the drawings of Leonardo and Raphael with astonishing skill. Everyone cooed he had the makings of a successful society portrait artist. But Picasso struggled. How could he keep exploring naturalism when the world around him looked so ripped and torn to shreds? It was 1914 and Picasso was living in Paris and was too physically weak to join the army. For a man who prided himself on his machismo and physicality, it was an embarrassing blow. Feeling isolated from his family and friends, overwhelmed by the war and bitter and angry over the declining health of a girlfriend, Picasso poured every ruthless emotion he had onto his canvases, turning his fractured sense of self into a new style: cubism. 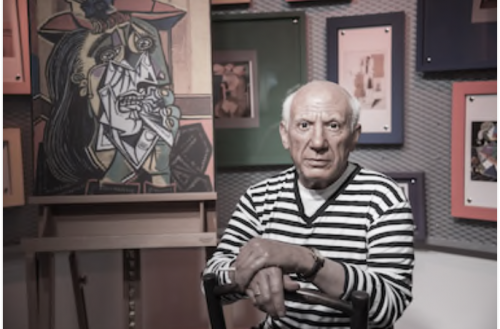 Shaquille O’Neal: At 38, basketball great Shaquille O’Neal is preparing to duck under the TD Garden exit sign for good. From what I’ve heard, he has no plans to open a sports-themed restaurant with a 7-foot wax replica of himself at the host stand and signed photos of his game-winning layups over the banquettes. Nor does he plan to become a real estate agent, coach, GM, sports announcer or Shopping Channel pitchman. Nuh uh. “I want to do something bigger,” he told The New York Times Magazine,” last weekend. By the time this MBA (yes, an NBA-er with an MBA) says goodbye, he plans to have defended his Ph.D. thesis from Barry University in Miami, Florida. “My topic is ‘How Leaders Utilize Humor or Aggression in Leadership Styles.'” O’Neal is determined to turn what, for most athletes, is the most depressing time of their life into a period of huge possibilities. Oh, and after he leaves the court, it’s no more “Shaq.” “I’m done with the nicknames,” says Professor O’Neal. Class dismissed. 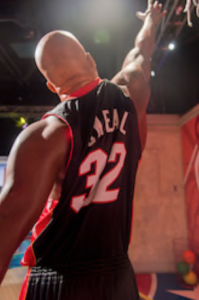 Michael Kinsley: He quit CNN for what? They’re calling it, “the Information Superhighway.” This was back in 1996, and after 10 years co-hosting CNN’s Crossfire, Kinsley left behind the studio lights and pancake makeup to become the editor in chief of Slate, a journal that couldn’t be bought on the newsstand or bound in volumes at the library; it was only available online. Now why would a Harvard grad, a Rhodes Scholar and a former editor at The Washington Post and The Economist willingly post himself in “Siberia” (that’s what the Worldwide Web was called back then)? Kinsley did it because he trusted his instincts about the internet’s potential, because he knew talent will travel, and because he has the guts to try new things.

Renée Fleming: She’s opera royalty. Last summer, however, Fleming released “Dark Hope,” her first “rock” album. It’s a collection of covers, from Peter Gabriel to Mars Volta. “[I thought it would be] an interesting adventure,” she told the LA Times. “At this stage of my career, I’m facing a kind of maintenance program. I’ve been on this plateau, where there’s no place to go, other than to stretch myself artistically. And this seemed to fit.” Decide for yourself if you like her sound. Either way, you have to admire her courage to sing outside her comfort zone.