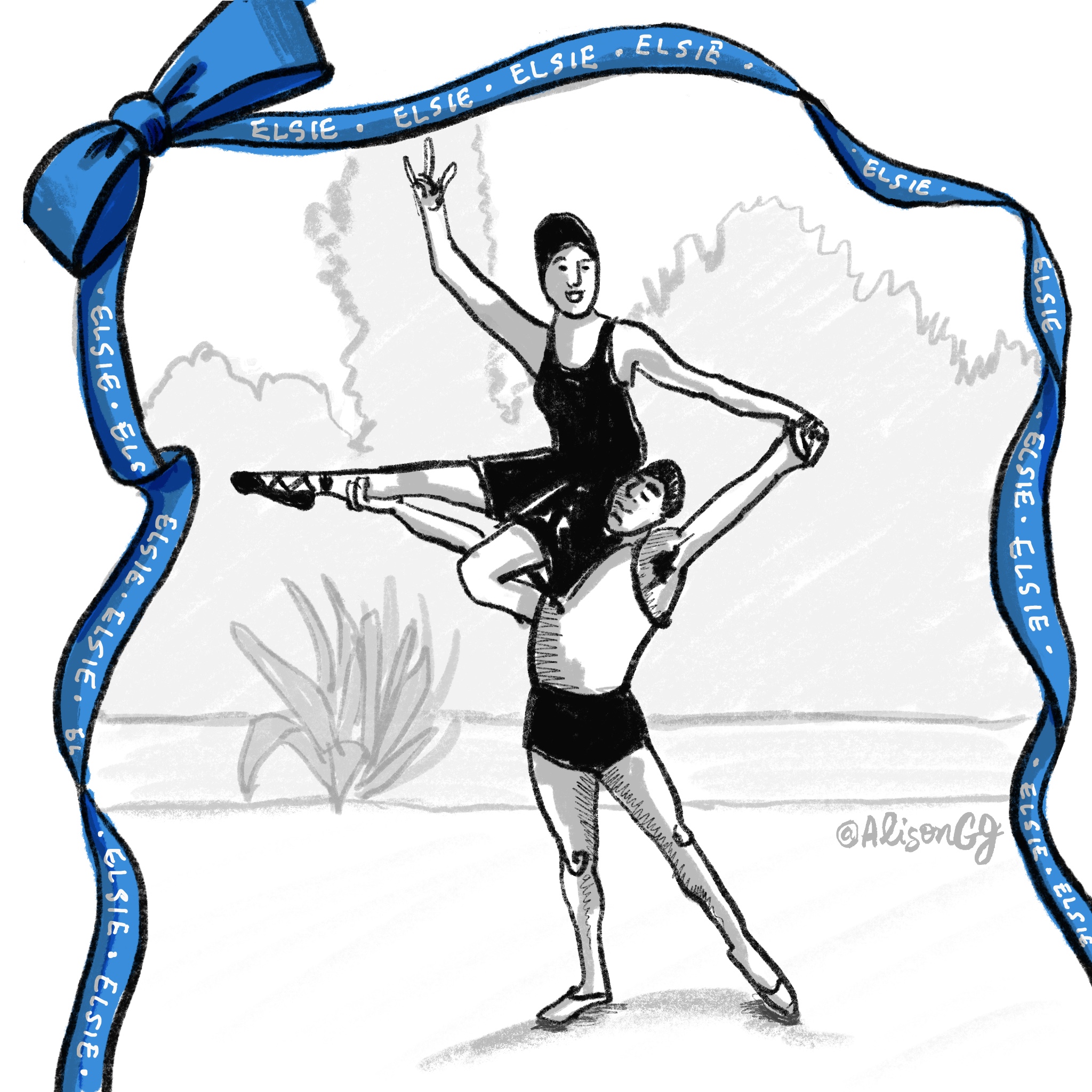 Elsie de Wolfe on the shoulders of her French fitness instructor.
Elsie was one of the great characters of the early 20th century. As they say, she was up for anything.
Daughter of an American father and a Canadian mother, she ran a successful interior design firm on “Toity-toid” street in New York, selling “foiniture” to Rockefellers and princes.
Along with Coco Chanel and Diana Vreeland, she was part of that first generation of women who made themselves trendsetters and tastemakers because marketing their own beauty was not an option.
For the first time in history, women everywhere from humble origins saw what it could look like to assert their opinions and personalities, and become self-made.