A Visit to Manet’s Studio 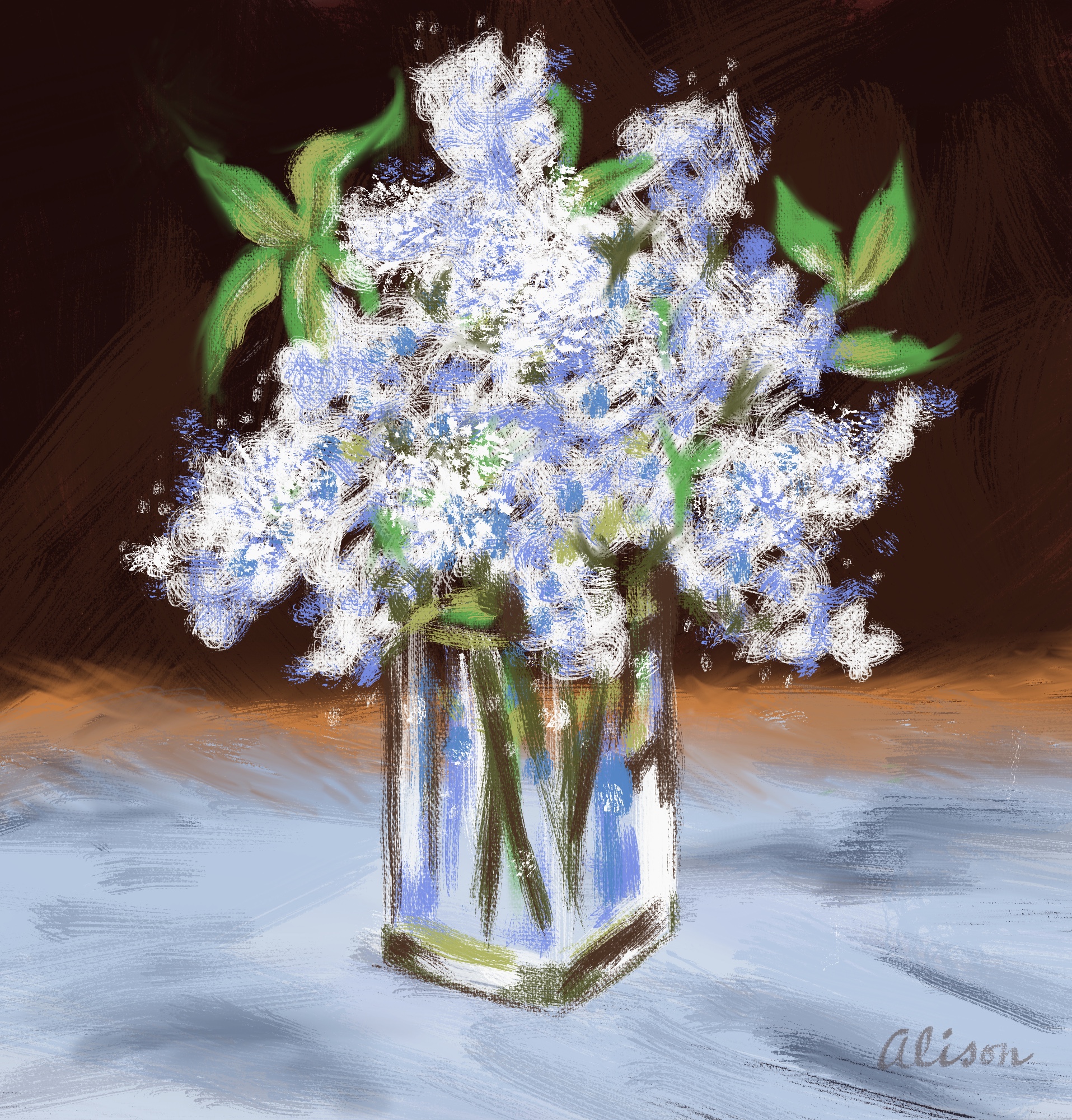 I went to Edouard Manet’s studio this morning to learn his direct way of painting flowers.

Illness is keeping him away from Parisian society (his definition of torture), so his friends are bringing him bouquets from his favourite florists. No one does cut flowers like the city of Paris.

Manet places the bouquets all over his studio, moving with the raking sunlight to capture each arrangement as it takes its turn in the spotlight. I bring him lilacs from my Roncesvalles neighbourhood in Toronto, and he thinks they stand up well with their French cousins.

Manet shows me how to lay down a wet tobacco-coloured undercoat, then how to outline the arrangement using a dry brush loaded with white. Most of all, he shows me how to paraphrase with lots of dash and drag brush movements.

He’s too proud and polite to admit he’s dying from syphilis. I can say it, though. It’s 2022, not 1880. His despair over his impending death intensifies his expressiveness and engagement with the flowers.

I say goodbye for the last time, hoping I have absorbed some of his sparkle and constructive wit with paint.

This painting was inspired by the book, “The Last Flowers of Manet” by Robert Gordon and Andrew Forge (New York: Harry N. Abrams, 1986). I remember picking it up during a visit to the Art Institute of Chicago.