Lois played the zany-kooky card because that’s what women in showbiz (who looked like her) did in the early 1960s. 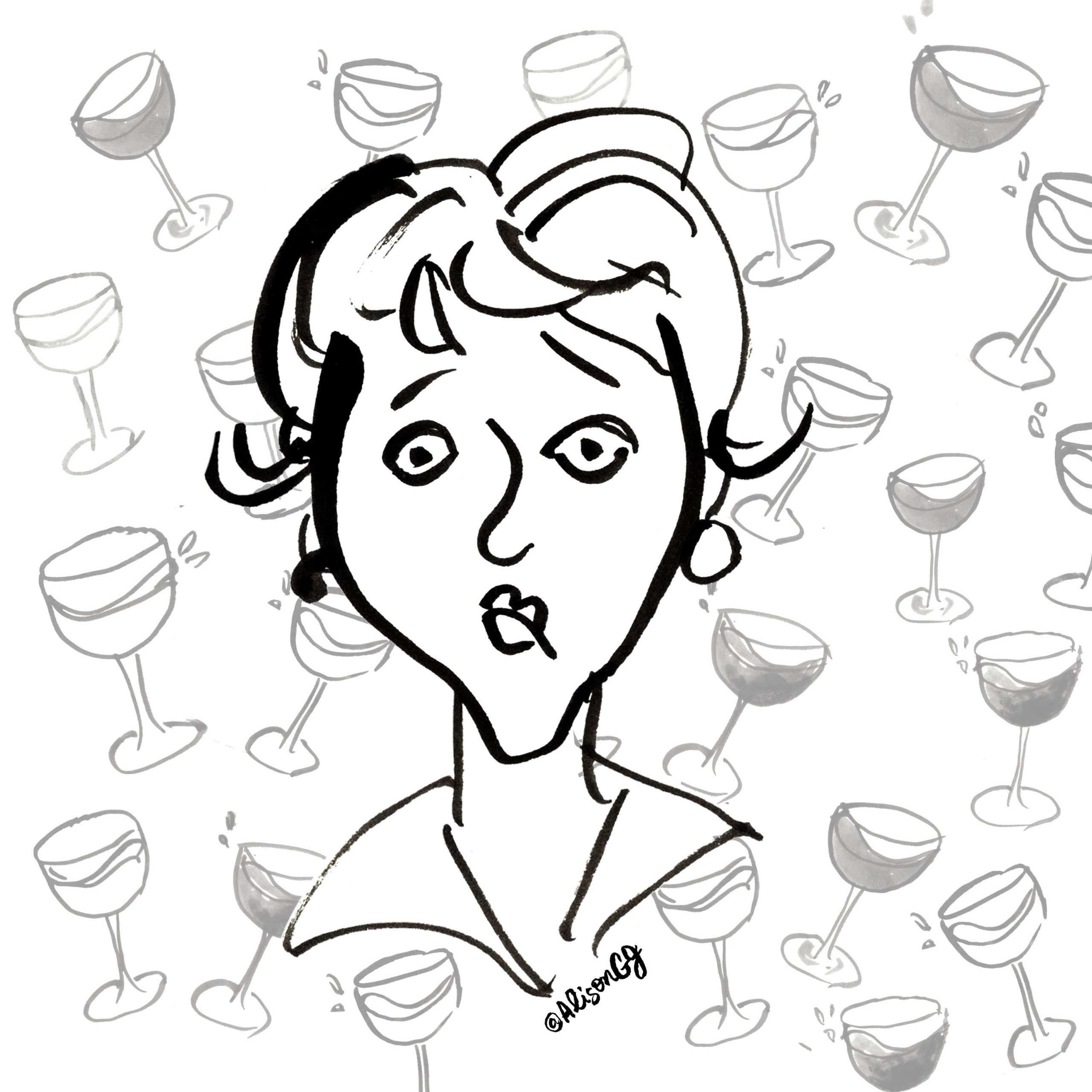 Men called her a “character,” but never a “creature.” Only femme fatales were creatures.

These were the two choices for women who put themselves out there.

The lack of range felt inside both camps was numbed by alcohol and pills.

PROCESS
First I draw, then I find the story based on the style, energy and emotions that rise up from the page. If someone handed me a brief that said: “Okay, Alison, draw a mid-century woman suffering under society’s archetypes,” my spontaneity and freedom would turtle. My drawing style would tighten up. It has. Because I know this about myself, I’ve learned to diversify my income sources.