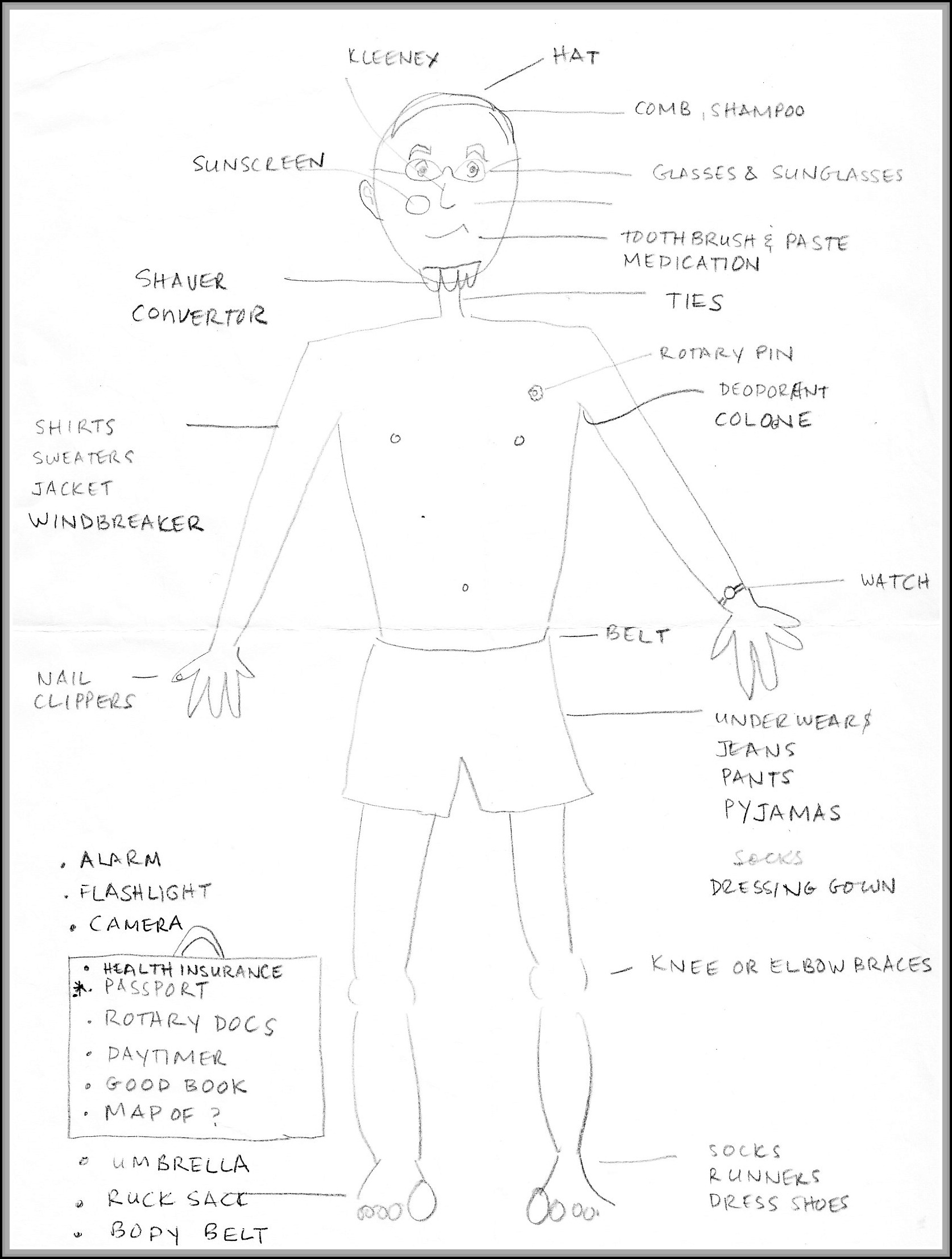 The author takes full responsibility for her many spelling mistakes.  ©AGJ

This is the only underwear shot you’ll ever see on this website.

Readers of this blog who know my family will immediately recognize the model. “It’s Trevor!” — my dad — they’ll squeal.

Dad had this habit of leaving things to the very last minute, including packing, so I drew this “packing map” for him a few years ago when he was going on a trip to I-can’t-remember-where. He travelled so much in the last five years of his life and I was lucky enough to join him on several of those trips.

The night before he was scheduled to take off, Dad would zoom home from work (he was still an in-demand architect well into his eighties), lay the map on his pillow and organize his stuff across one half of his king size bed. The other half was taken up by Penny, his black lab. At critical moments she liked to arrange herself in the most space-hungry positions, which usually meant splayed out on her side with one eye open to observe him, her belly softly rising and falling. 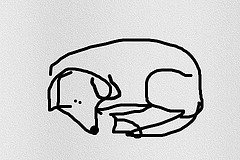 "What." (Actually, one of Penny's more compact poses). ©AGJ on Sketches

Dad planned on using the Packing Map again in April. He and his friend Vicki were taking off to Paris. 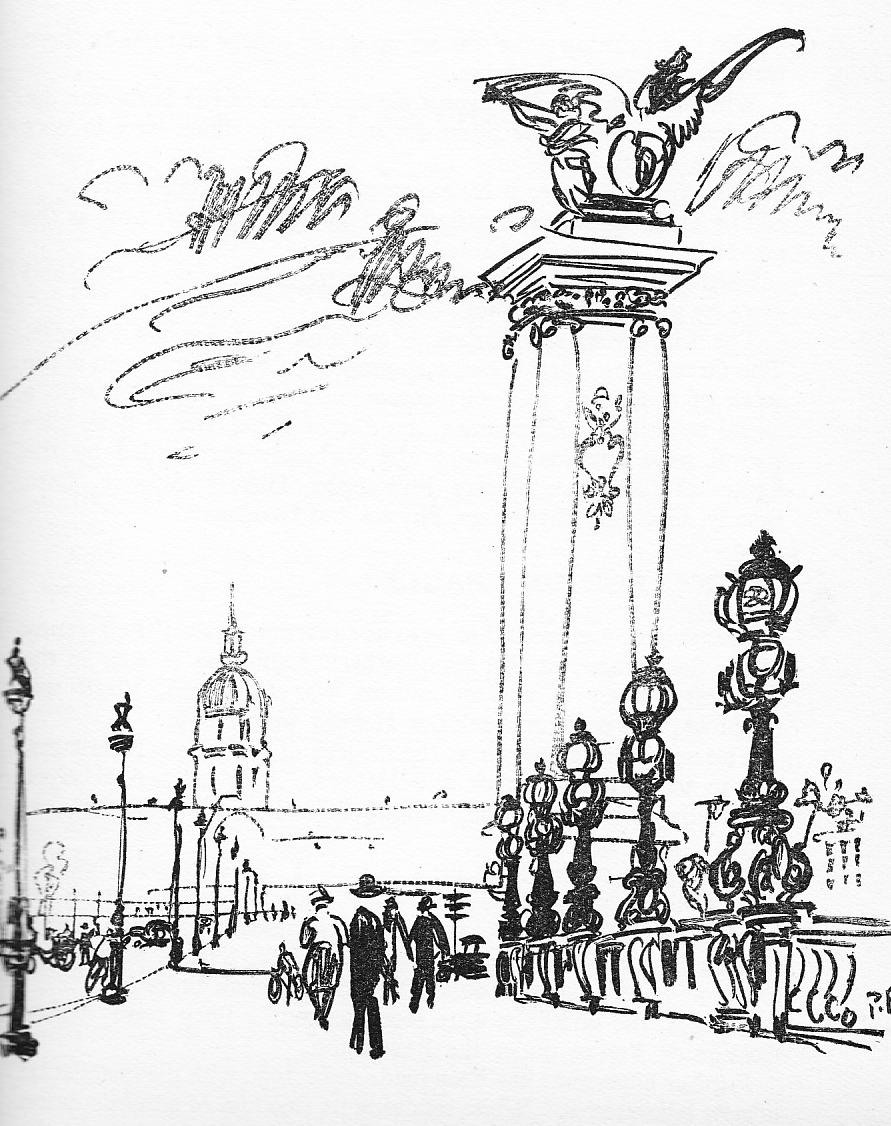 Le Pont Alexandre III. llustration by Pierre Berger. From "Nicole's Guide to Paris" (1951) which has a preface by Jean Cocteau, no less. (Snatched from my Dad's book collection).

He died a month before boarding the plane.

Penny is still wondering where he is. 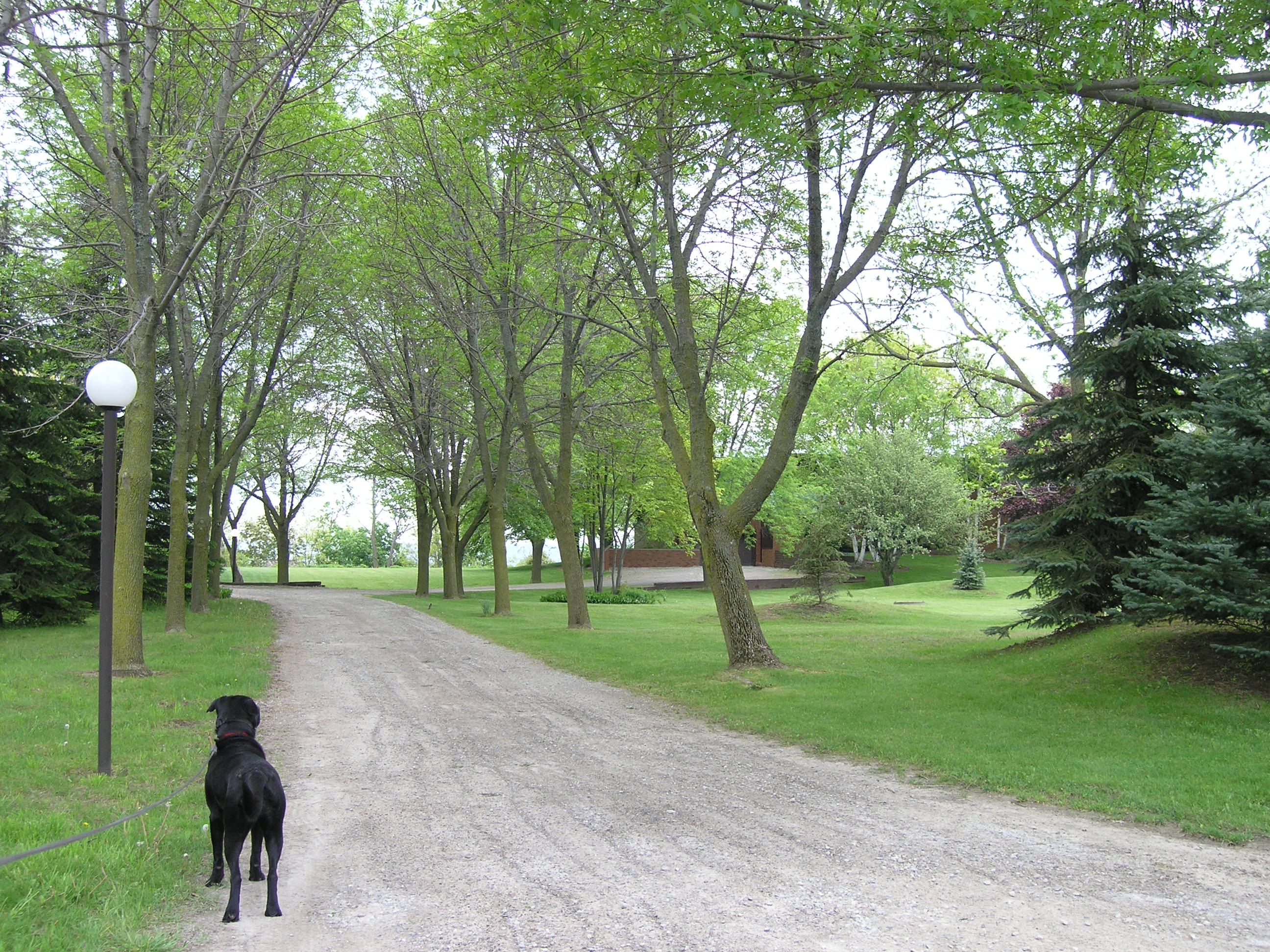