When it comes to blogging, my mental trajectory over the last couple of years has looked something like this: 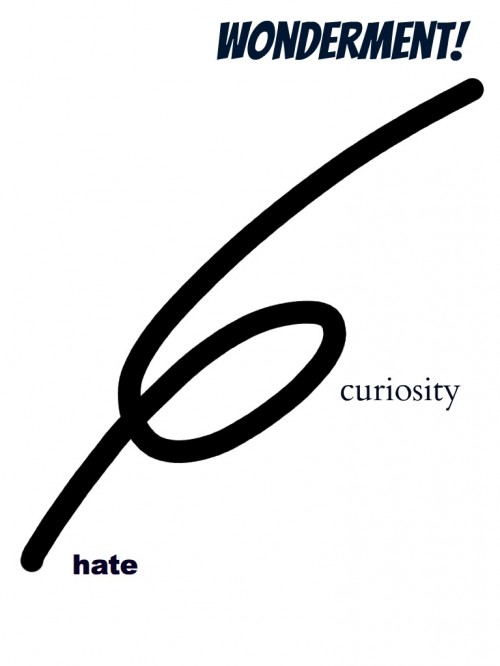 Looking back, I’d love to say I was an early adopter. The truth is, I arrived late to the social media party and hardly mingled when I got there, choosing, instead, to mope alone in a corner nursing my cup of dread on the rocks. I couldn’t stop thinking about how my existence as I knew it was over. Like, forever.

As with most journalists who had tasted some success the old way, I was suspicious and resentful when all of these seemingly stupid new platforms started taking time, attention and funding away from real reading material  — i.e. newspapers, magazines and books.

How was I going to be an OpEd columnist now when newspapers were hemorraging so much of their influence and advertising dollars?

Finally, I said to myself (in this order):

3. And flee into the future as fast as you can

From then on I entered a brand new headspace, one in which I spent countless hours trying to figure out the difference between wasting time and revolutionizing the way I wrote and did business.

Slowly, that old feeling that blogging was something I did under duress (and for free) was replaced by a new sense of excitement and possibility. My penny-dropping moment came when a friend said, “Blog what you want to be known for.” The same goes for tweeting. So I started writing what I wished editors would assign me, but weren’t. In short, I took control of my ambition.

Sure enough, editors started reading my blog. So did filmmakers and designers and corporate types who thought I handled social media well, and why wasn’t I teaching workshops on it to the uninitiated? All of them offered me writing work or paid speaking engagements, which is to say, my blog is now playing a significant role in covering my food and rent. And I’m doing it all on my own terms, without sacrificing my integrity or sabotaging my talent or adopting a photogenic cat. Sorry, I’m a dog person.

So when Hugh MacLeod published his latest book this week, a funny and insightful collection of essays called Freedom is Blogging In Your Underwear I read it as a true believer. 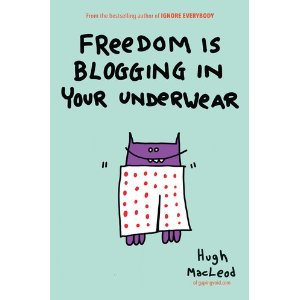 “Having a blog, a voice, having my own media, utterly changed my life,” says MacLeod.

Mine too. “Having my own media” … hmmm, take note of this concept, fellow journalists and novelists.

“That’s what the Internet is REALLY about,” continues MacLeod. “Finding your freedom. Finding your wings. Using a computer instead of a guitar.”

Blogging is the new rock and roll.