[M]y last big trip was two years ago. I did Holland, Germany, Austria and Hungry with my 82-year-old dad. We stayed in a hotel in Amsterdam, just down the street from Anne Frank’s hideout. I listened to the same church bell Anne used to mark time. I even recorded the tolling on my iPhone. In Budapest, I ran my hands over Nazi gunfire splattered across concrete walls. It felt like it had been put there last week. Budapest was an eye opener. Here it is again. — Alison 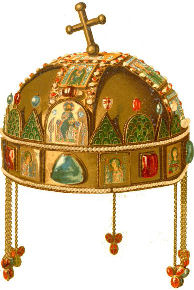 “Oh.” And here I thought we were entering the municipality of The Princess Bride. No matter. I still say there’s a fairy tale quality to Budapest. My imagination revs and roars ahead, gathering up the details, some charmed, most grim.

We’ve had three days to check out Hungary’s jewel-encrusted crowns, gilded shields and her vast collections of knights’ quivers and ogres’ torture racks. We’ve taken in several of her storybook castles perched atop hills so steep even the most modern buses huff and puff on the way up. The views go on for miles. And between breaks for milky coffee and marzipan balls (dipped in chocolate, of course), I’ve breezed past acres of gold-leafed tomes lining the walls of libraries and salons and read about the antics of kings with twirled moustaches and overstuffed bellies (Sigismund), and their consorts whose names bring to mind chiffon trains (Giselle) and royal conniption fits (Sissi). Many of the most beautiful coffee houses are named after these ladies. Like Paris and Istanbul, Budapest has a coffee culture reaching back several centuries.

Back in the sunshine — and, boy, is it intense in these parts — belle époque bronze maidens perched on top of neo-classical cupolas meet the wind gusts crossing central Europe with outstretched arms and heads held skyward. They’re the epitome fluttering elegance. Meanwhile, back on the ground toothless old women (the Romas, or Gypsies), bent at right angles from osteoporosis, limp along cobblestoned streets in search of their next meal. No, they’re not pushing poison apples, but neon whirly gigs (that kids would like if they didn’t run away crying from the gnarled hand holding them) and Woody Allen joke glasses (the dark-framed kind with the big plastic noses). At the end of the day, I imagine these decrepit vendors disappearing down back alleys to count their loose change and toss root vegetables into boiling vats for dinner. Potatoes are a staple, along with cabbage seasoned with vigorous shakes of paprika.

I wouldn’t be the first visitor to Budapest to sigh over the feeling of her faded glory, but pointing this out sounds peevish, like a cruel dismissal of everything she’s been through. I can’t keep track of the number of times the Hungarian capital has been destroyed, captured, ransacked and retaken (high school history must been brutal). Mementos of her roller coaster ride through history are in plain view, from the bullet-chipped edifices (the result of rounds of German machine gun fire from the end of WWII) and the God awful “Sovietsky” style cinder block housing units and desolate paved squares that are a reminder of synchronized marches, and eerie to cross on your own.

The Commies have been gone since 1990, but their willful ignorance of design and gloomy take on life persists in Hungary. It’s an ideology that stands in high contrast to the bursts of art nouveau grandeur that still exists in pockets that somehow escaped Allied bombing, and, later, Soviet thuggery.

The turn of the century coffee houses in the art nouveau style and the Haussmann-esque wide boulevards explain why Budapest’s been called the “Paris of the East.” Gustave Eiffel (of Tower fame) even designed parts of Budapest’s zoo, the oldest in Europe. Here, one hippo is born every year, they say, because the beasts bathe in the thermal waters that bubble up from under the city.

But back to the dark days of the war. Hungarians aren’t proud of the fact that they sided with the Nazis. Looking at the bullet marks around the city, my imagination doesn’t have to stretch that far to picture soldiers scampering back and forth across the streets and hiding behind walls to dodge the machine gun fire. The younger generation tisks and shakes their head at their ancestors’ pact with the Austrians and Germans. “Yes, they sided with them, although many switched and joined the Allies in the end,” they add. Of course, that didn’t protect the Jews. In 1944, Hungarian fascists from the Arrow Cross party herded up all the Jews they could find living in Budapest and lined them up along the edge of the Danube River. They shot them in a hail of gunfire and the bodies were carried away by the river’s strong current. Today, a bronze mishmash of men’s, women’s and children’s shoes and boots — many toppled over like they were quickly kicked off — are scattered along the quay as a memorial. It’s one of the most touching holocaust memorials I’ve ever seen. 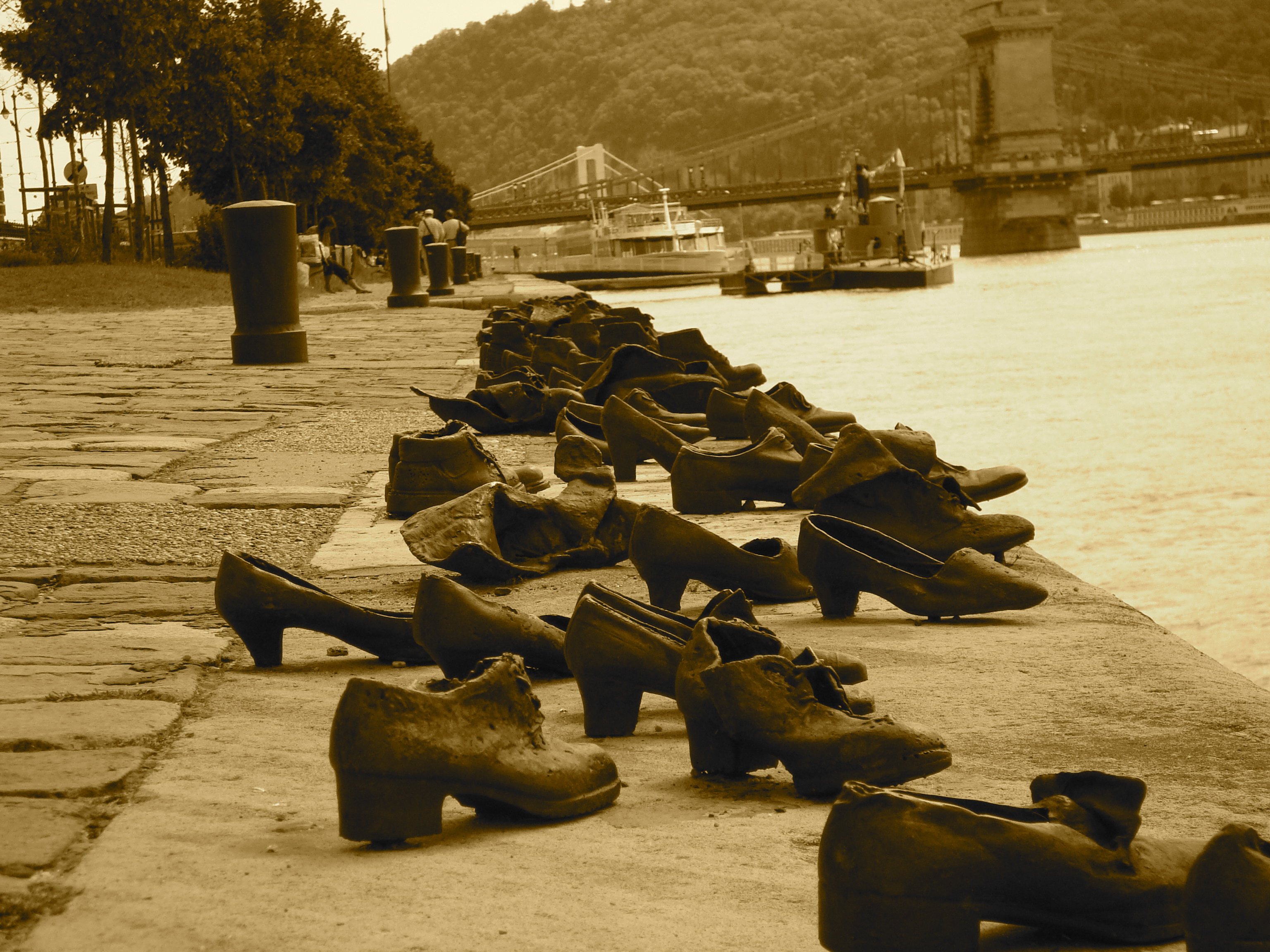